After a year hiatus due to Covid, St. Thomas’ Episcopal’s pipe and drum band returned to the Salado Highland Games to compete against other pipe bands across Texas. This year was more special than most for STE’s band as it was the sixtieth anniversary of the Salado competition.

To prepare for competition, the band practiced for months. Additionally, each band member practiced individually for hours each week, honing their technique and perfecting the tunes. Overall, the members are divided into two groups according to their skill level: A band and B band.

Both bands arrived at Salado ready for competition. Each band's hard work paid off when the A Band placed first in Medley and March, Strathspey, & Reel contests and the B Band in the Quick March Medley. Many band members entered individual competitions and came home with awards as well.

William Fenner, a junior and piper in the A Band at STE, came home with a first and a third place for his solos at the Salado Highland Games.

“It was awesome to be back at an in-person competition, being online didn't feel the same and it's exciting to get to come back and compete at Salado after taking a year off,” William said. The thing he enjoys most about the band is the sense of community and striving together to achieve a very big goal, such as winning the world competition, an annual event held in Scotland each summer.

Evann Bilnoski, a sophomore and drummer in the A Band at STE, feels amazing being back at an in-person competition after COVID.

“My favorite part of being part of the band is the people. It’s like a big family,” Evann said.

After a successful competition at Salado this year, STE’s A and B bands can’t wait to join together for other competitions and events in the future months. 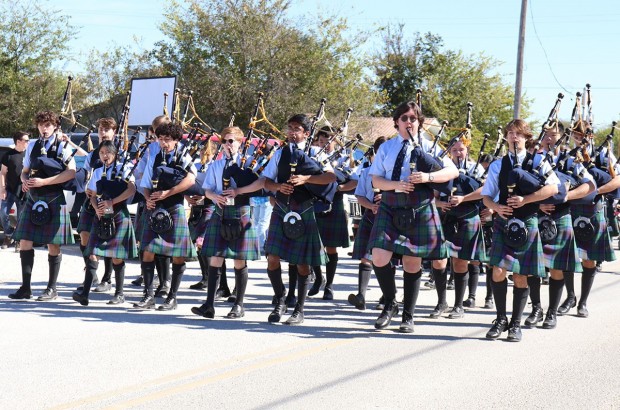 High school students from STE’s A and B bands pipe in the Grand March at the Salado competition. 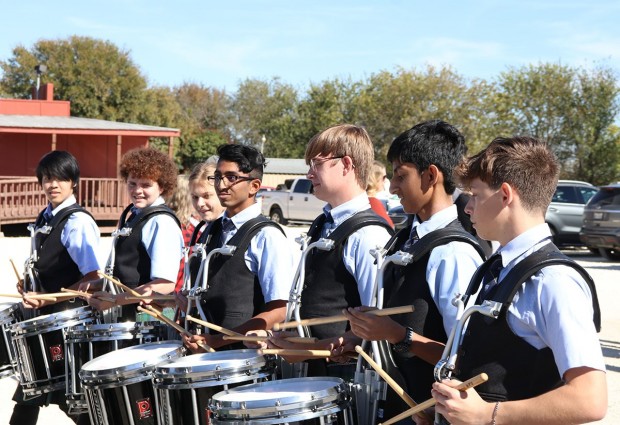