Pulling flags for the win 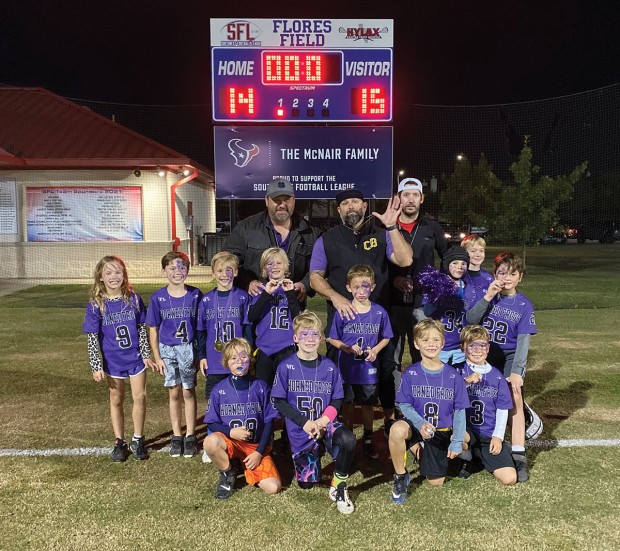 The SFL freshman-flag Horned Frogs (pictured) defeated the Longhorns, 15-14, in a narrow championship victory. After finishing in third place in the division during the regular season, with a 5-3 record, the Horned Frogs continued their momentum and claimed the championship win. Head coach Reggie Beavan, defensive coordinator Jeff Weinstock, and assistant head coach Jordan Baird worked together for the second season in a row and led the Horned Frogs by encouraging them to value the team and each other more than themselves. The strategy paid off with a great season. The champion players are (top row, from left) coaches Reggie Beavan, Jeff Weinstock, and Jordan Baird, (middle row, from left) Gemma Baird, Haden McDowell, Vaughn Pritchard, Daniel Beavan, Ellis Weinstock, Elliott Seifert, John Flippen, Jack Carrere, (bottom row, from left) Grey Fisher, Jaxon Purdom, Jansen Baird, and Matthew Gates.