Books to Read in Anticipation of HBO’s 'The Gilded Age' 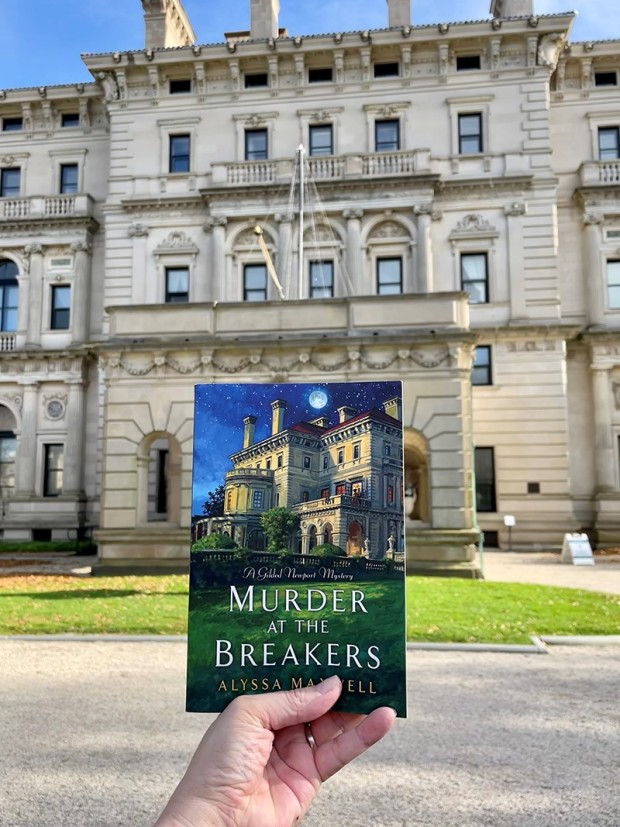 I have been a fan of the Gilded Age for as long as I can remember. Everything about the time period fascinates me – the grand “cottages” in Newport, Rhode Island, the mansions on Fifth Avenue in New York, the social aspects, and the rapid growth in industry and technology. The Gilded Age is the term used for the period following the Civil War up through the dawning of the 20th century, though some people argue that World War 1 is the true ending of the Gilded Age. Mark Twain is credited with naming the era when he wrote a satirical novel about the time period entitled The Gilded Age: A Tale of Today.

HBO is launching an original series called “The Gilded Age” that launches on Jan. 24. In anticipation of this show, I am highlighting some of my favorite books from the last few years that are set during this time period. If you are interested in learning some fun facts about the era before the show airs, author Renee Rosen, whose book The Social Graces is listed below, is doing a countdown to this series with all sorts of fascinating facts and details about the era on her Instagram account.

Here are seven books that bring this time period to life:

The Address by Fiona Davis – The Address is set mainly at the Dakota, the iconic apartment building in New York City. The title is cleverly drawn from a review of the building following its opening in 1885 in which the reviewer stated that “the Dakota will undoubtedly be known as ‘The Address’ of New York’s West Side.” Davis melds historical events with a spectacular tale of greed, passion, love and sacrifice told in a dual timeline format alternating between the mid-1880s and 1985.

Cartier’s Hope by M.J. Rose – Set in Gilded Age New York City, Cartier’s Hope stars Vera Garland, an investigative journalist who is determined to avenge the deaths of her father and uncle. Her quest takes her into the glittering world of jeweler Pierre Cartier who recently purchased the Hope Diamond. Vera decides to investigate rumors that Cartier is scheming to manipulate the value of his newly acquired purchase, and she soon learns that more is at stake than just retribution.

The Fifth Avenue Artists Society by Joy Callaway - The Fifth Avenue Artists Society provides a glimpse into New York City literary and artistic society in the 1890s. Virginia Loftin, an aspiring writer, is one of five children whose family has been struggling financially ever since their father died several years before. As the book opens, Virginia is jilted by the love of her life, and as she struggles to overcome her grief and anger, she pours her soul into her writing. To help distract her, her brother Franklin introduces her to a group of artists, musicians, and writers, including Edith Wharton and Oscar Wilde, that meet frequently at the fictional John Hopper’s house on Fifth Avenue in Manhattan. As she becomes more involved with this group and its founder, she realizes that everything is not always as it seems.

The Last Days of Night by Graham Moore - As the book opens, George Westinghouse and Thomas Edison are in the midst of a massive battle over who owns the lightbulb and therefore will have the ability to electrify the United States. Westinghouse hires a young attorney named Paul Cravath to represent him in the numerous (over 300) lawsuits brought by Edison related to the ownership of who owns the lightbulb. In addition, Westinghouse and Edison are battling over which type of current, direct or alternating, will prevail. Moore manages to convey what the advent of electric light meant to society - factories and business are no longer bound by when the sun rises and sets, crime is diminished in public areas at night, and day and night no longer are no longer so distinct.

Murder at the Breakers by Alyssa Maxwell – The various Newport “cottages” built in the late 1890’s occupy center stage in Alyssa Maxwell’s series starring the fictional Emma Cross, second cousin to millionaire Cornelius Vanderbilt. In this first installment, the Breakers, the largest and most renowned of the Newport summer homes, plays center stage. Maxwell’s meticulous research shines through in each installment as she details a particular house and its inhabitants while centering a mystery around the house at issue. My favorite book in the series is Murder at Rough Point.

The Social Graces by Renee Rosen – In The Social Graces, Rosen chronicles the legendary feud between grand dames Alva Vanderbilt and Caroline Astor over who would reign supreme in New York City society during the Gilded Age. Mrs. Astor, known for determining who made the powerful 400 list and setting the standard for what was in and what was not, represented the old money group, while Alva Vanderbilt, a member of the new-money Vanderbilts, continually worked to be accepted by New York society. The quarrel begins when Alva Vanderbilt marries into the Vanderbilt family, and most of the upper crust families refuse to acknowledge her. But Alva is more than determined to make her place in society setting off a battle with Caroline Astor that raged across decades and included some pretty juicy drama.

A Well-Behaved Woman: A Novel of the Vanderbilts by Therese Anne Fowler - A Well-Behaved Woman tells the story of Alva Vanderbilt and her determination to succeed in cut-throat, Gilded-Age New York. She hailed from a Southern family who lost their fortune after the Civil War and subsequently married into the Vanderbilt dynasty. In addition to shaking up the wealthy social circles in New York City, Alva was a prominent supporter of the women’s suffrage movement and was vocal about women’s rights, most often asserting power in her own marriage and encouraging others to do the same.