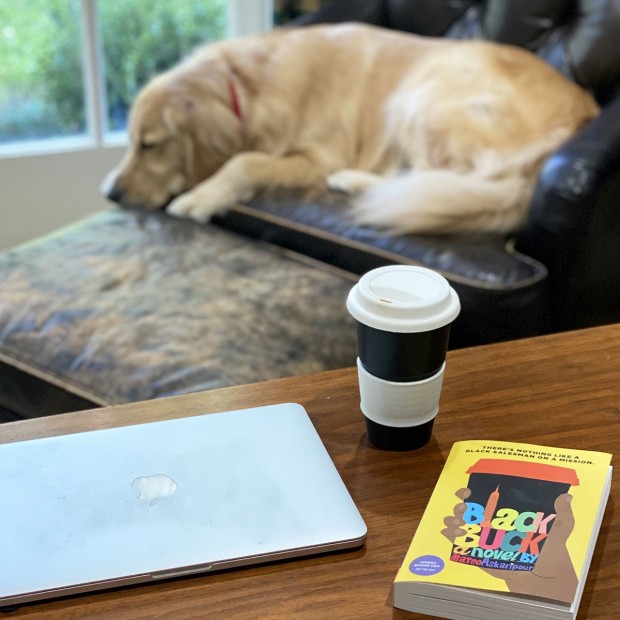 Mateo Askaripour's debut is a satire set at a start up where all is not as it should be.

In honor of Martin Luther King, Jr. Day and the holiday weekend, I selected seven fabulous books written by Black authors in a variety of genres. Three are nonfiction: one explores the lives of the mothers of MLK, Jr., James Baldwin, and Malcolm X, the next is the autobiography of Katherine Johnson of Hidden Figures fame, and the last delves into what was lost during the Great Migration. I also include two contemporary novels, one a satire and the other addresses secrets from the past, and two historical fiction tales, one about a lost-to-history all-Black battalion of the Women’s Army Corp during World War 2 and the other about one of the worst slave jails, the Devil’s Half-Acre.

Here are seven books by Black authors that are completely engrossing:

My Remarkable Journey: A Memoir by Katherine Johnson – Thanks to the Hidden Figures book and movie, most people today are familiar with Katherine Johnson and her significant mathematical contributions that allowed the United States to win the Space Race by launching the initial and subsequent U.S.-manned trips around and then later to the moon. In this memoir completed before she died in February 2020 at the age of 101, Johnson recounts her hundred years from her childhood in the Alleghany Mountains of West Virginia to her pioneering years at NASA and beyond. My Remarkable Journey: A Memoir also documents a century of racial history including the role that her family and Black educators played in advancing her trailblazing and historical life.

The Three Mothers: How the Mothers of Martin Luther King, Jr., Malcolm X, and James Baldwin Shaped a Nation by Anna Malaika Tubbs – While much is known about Martin Luther King, Jr., Malcom X, and James Baldwin, most people are unfamiliar with the exceptional women who raised these three great men: Alberta King, Louise Little and Berdis Baldwin. In her seminal debut, Anna Tubbs brings these women’s stories to life and emphasizes their efforts to inspire and protect their children who were born into a society that resented them from day one. This beautiful homage to Black motherhood is highly relevant for today’s world.

Wandering in Strange Lands: A Daughter of the Great Migration Reclaims Her Roots by Morgan Jerkins – During the Great Migration, over six million Black people left their rural Southern homes seeking better economic prospects in the North, West and Midwest. Taking a personal approach to the effects of the Great Migration, Jerkins recreates the paths her ancestors took out of Georgia and South Carolina and studies the loss of familial knowledge and the impact on personal identity. Her premise provides a fresh and enthralling deep dive into one woman’s attempt to understand her roots and her family’s legacy. Thought-provoking and incisive, Wandering in Strange Lands is a timely tale. I listened to the audiobook, which Jerkins narrates.

Black Buck by Mateo Askaripour - 22-year-old Darren was the valedictorian at Bronx Science and has been content to live with his mother and work as a barista at a Starbucks ever since. One day he impresses the CEO of Sumwum, a start-up officing in the same building as his Starbucks, and suddenly finds himself thrown into the crazy, frenetic world of Sumwum as its only Black employee. Reinventing himself as “Buck” after a brutal week of training and indoctrination, Darren becomes a cold-hearted salesman willing to make sales for the company at any cost including putting up with the blatant racism he experiences at work. When his home life takes a tragic turn, Darren realizes that he must jettison Buck and find his way back to the Darren he once was. Askaripour targets startup culture, workplace hazing, systemic racism, and more in this unique, quick-witted, often hilarious debut novel that is unlike anything that I have read before.

The Mothers by Brit Bennett - Brit Bennett’s debut novel The Mothers is beautifully written and heartbreakingly sad. The Mothers follows three characters starting in high school and progressing into their 20s. The story begins with a secret that over time impacts an entire community. Bennett also focuses on the choices people make and their inability to move on from these choices even though the decision has been made. She writes lyrically and thoughtfully. I loved the book and read it in a day and a half, and I did not want to put it down until I knew how it ended.

Sisters in Arms by Kaia Alderson – Debut author Kaia Alderson’s book is inspired by the true story of the women of the 6888th Central Postal Directory Battalion (the Six Triple Eight), the only all-Black battalion of the Women’s Army Corp during World War 2. Tasked with crossing the Atlantic to ensure U.S. servicemen received word from their families during the war, these brave women not only dealt with the regular dangers of war, but they also had to contend with racial injustice and those who wanted them to fail. Sisters in Arms is a wonderful book about courageous women whose stories deserve to be told.

Yellow Wife by Sadeqa Johnson – In this timely and heartrending tale, Pheby Delores Brown, a slave promised her freedom on her 18th birthday, instead finds herself living in one of the country’s worst slave jails known as Devil’s Half-Acre. Pheby grew up on a plantation in Charles City, Virginia where her mother’s role as the plantation’s medicine woman sheltered her from the life the rest of the slaves endured. When her mother dies, Pheby loses her expected freedom and is subsequently “rescued” by the owner of Devil’s Half-Acre where she must ultimately decide what she is willing to forfeit to find freedom.