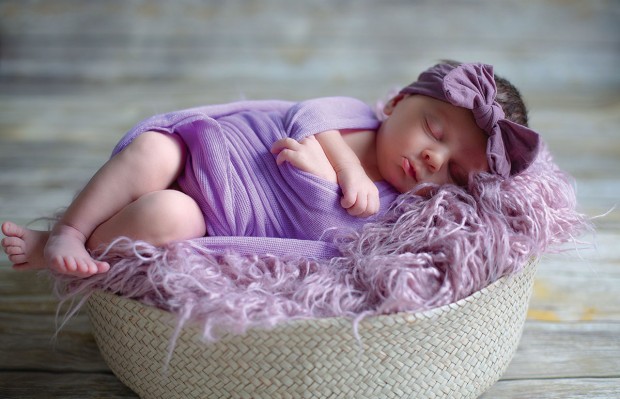 Sleep training is teaching a baby to fall asleep without assistance from a parent. There are many different techniques and many opinions on the topic (not everybody is a fan) – it is always a good idea to consult with your child’s pediatrician. Parents who opt to sleep train often begin at around four months of age.

A few Buzz parents weighed in on what has worked to improve their baby’s sleep – or lack thereof.

The couple’s daughter, Olivia, now 2, was crying as an infant up to three hours a day, morning and evening. “People told us she was colicky, and it was normal, but as I was doing my own research, I found out 96 percent of babies that cry this way are not actually colicky but overtired,” said Amanda.

Amanda says, at that point, she and Blake were overly tired, out of ideas, and needing a change. She turned to three mom friends and polled them on what they were doing. All were using the sleep-training method called TakingCaraBabies, an online platform that offers classes and resources for a sleep-training method that follows a baby’s developmental needs.

The online course was two hours; it teaches how to calm a fussy baby and read the baby’s cues. Within a few days, Amanda says, Olivia started sleeping in four-hour stretches and crying less. “I loved that it was not just leave your baby to cry it out,” said Amanda. “It was a gentle approach to sleep with a newborn that allowed for flexibility and still a lot of snuggles.”

Amanda and Blake stayed the course and gradually started enjoying more sleep in their household. Amanda urges parents in no-sleep mode to reach out to other parents for advice. “See what they are doing. It was not instinct for me. I had to ask for help and take a course to learn what my baby needed, and this is okay,” she said.

Another parent who opted to sleep train, using a different technique, was Liz Bosmans. Liz grew concerned when her firstborn child, Eden, now 4, was not sleeping well as an infant. Liz says Eden also started to fall behind on her baby milestones like holding her head up and pushing herself up. Liz became worried it was due to lack of good sleep.

“She was a difficult newborn,” said Liz. “A lot of people would say she had colic, so I had to change my diet, as I was breastfeeding, which helped. But what really changed everything was sleep training.”

When Eden was almost four months old, Liz started to sleep train her using the cry-it-out technique called “extinction.” Extinction involves putting a baby in their crib fully awake and allowing the baby to fuss or cry until he or she falls asleep – all without help or intervention from a parent.

On the first night, Liz says, she kept their bedtime routine the same. “I put her down in the crib. I had a set allotment of time to give her to fall asleep before we came in the room, which was one hour for us,” says Liz. “The first night it took her about 25 minutes to fall asleep. She only woke once in the night for a feed and went right back down.”

Eden slowly learned to fall back asleep more quickly as they worked on the training. Liz says there were times when schedules needed adjustments, such as when Eden was teething or sick. “Things didn’t always work out, and her schedule got thrown off, but she was a champion sleeper all through toddlerhood, and she still sleeps pretty well,” says Liz.

Not everyone is for sleep training. Some experts say prolonged levels of stress for a baby are unhealthy – for example, when the baby is crying and in need. Followers of  “attachment parenting” encourage sleeping in the same room or bed as the baby and responding quickly to needs, including at night. Others note that parents do not always follow sleep-training techniques as they are supposed to, setting the baby and parent up for failure.

There are different approaches, but Katy Adams, a mom of four and a baby/toddler sleep consultant with Live Love Sleep, says babies need their sleep. “It takes a few nights to begin establishing new behaviors. Babies and young children learn these new sleep skills very quickly. Telling people to accept their baby’s or toddler's sleep issues as a part of the parenting experience is preventing them from addressing the problem. That is a serious concern for everybody in the family, and not because they’re selfish and enjoy sleeping late. It’s because they, and even more so, their kids, need adequate sleep.”

10:00 am to 4:00 pm
Location:
The Heritage Society
END_OF_DOCUMENT_TOKEN_TO_BE_REPLACED