On Christmas Eve, Strake Jesuit College Preparatory hosted its annual Midnight Mass. As part of Catholic tradition, it is common that churches will host Mass at midnight on Christmas Eve in celebration of the birth of Christ.

Last year, due to the pandemic, Strake Jesuit was not able to host an in-person Midnight Mass because of safety precautions. Thankfully, circumstances have improved since then, with vaccinations readily available, and the school was able to return to an in-person Mass.

Strake Jesuit President Father Jeff Johnson, who celebrated the Mass, commented that it was “great to be back in person. The musicians really set a prayerful and festive mood that you can’t really capture via live streaming.”

The Mass featured seasonal decorations such as roses, wreaths, and candles, which gave the place a joyful atmosphere. Members of Strake Jesuit's orchestra and triple trio provided music throughout the event.

During Father Johnson’s homily, he mentioned that there is significance to having this Mass late at night. He said, “I think we celebrate this solemnity late at night because we are more tired than we might be in the morning. This reminds us or our need for a savior and that we cannot save ourselves, no matter how hard we might try.”

The idea of holding Mass on Christmas Eve is not unique to Strake Jesuit, but the school’s community makes this night stand out. It is important that the school’s community comes together for notable events in the religious calendar. Father Johnson said, “As a Catholic school, the mass celebrating the birth of our savior is one of the most important moments in our faith life. We not only recognize the birth of our savior, but we also acknowledge our need for a savior.” 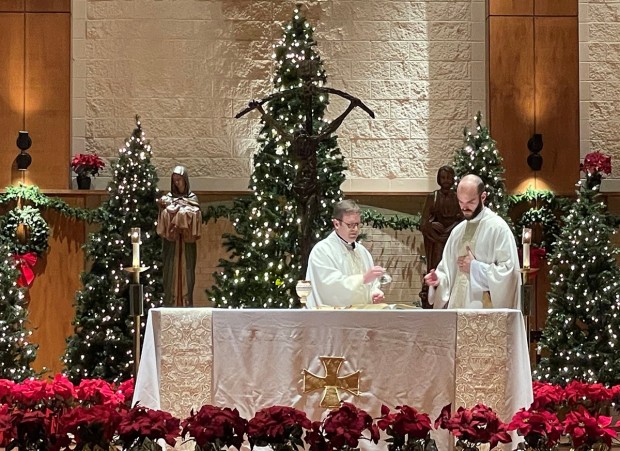 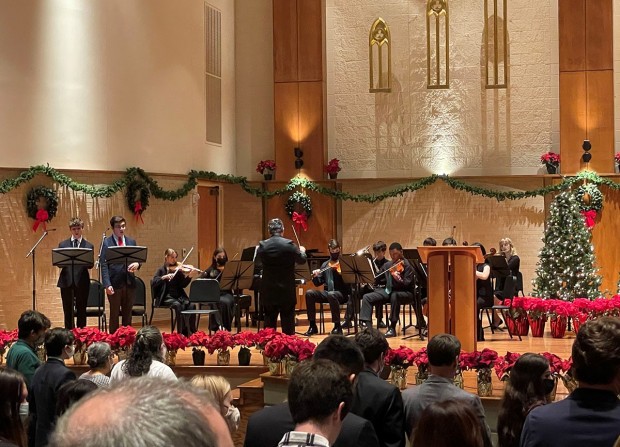 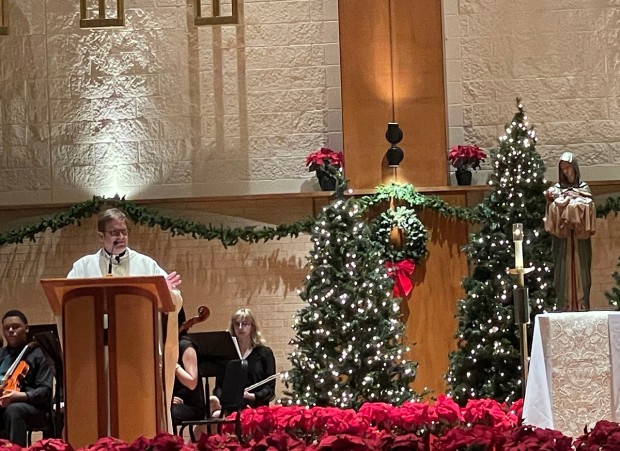