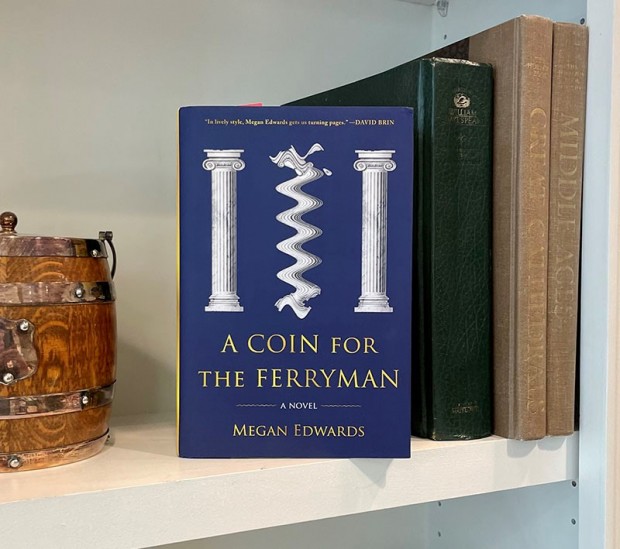 A Coin for the Ferryman is a saga in which Julius Caesar is kidnapped right before his assassination in 44 B.C. and transported to Los Angeles at the end of the 20th century.

The pitch for A Coin for the Ferryman by Megan Edwards immediately drew me in, and I decided I need to know more about how the story was created. The book is described as an incredible saga in which Julius Caesar is kidnapped right before his assassination in 44 B.C. and transported to Los Angeles at the end of the 1900s. The novel creates a world in which Julius Caesar emerges as a colossal figure who is depicted as both iconic and human, intrigued by any quest - including a trip to the modern-day Caesars Palace in Las Vegas.

A Coin for the Ferryman seamlessly weaves together several genres, including historical and speculative fiction, philosophy, science, and romance while also including time travel and a love story.

Edwards is the award-winning author of the Copper Black mystery series and Strings: A Love Story. Her travel memoir Roads from the Ashes: An Odyssey in Real Life on the Virtual Frontier chronicles her seven years “on the road” all over North America. A classics major in college, Edwards studied at the Intercollegiate Center for Classical Studies in Rome and the American School of Classical Studies at Athens. She has lived and traveled extensively in Europe and she now resides in Las Vegas, Nevada. I hope you enjoy our Q & A.

What inspired you to start writing A Coin for the Ferryman? 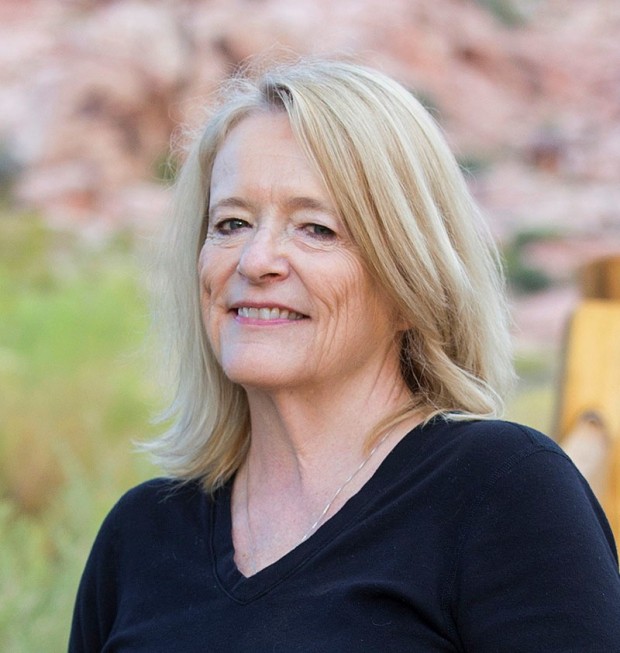 Years ago, when I was a classics major at Scripps College, I visited the Getty Villa in Malibu, California for the first time. While the villa is a remarkably faithful replica of a real ancient Roman villa, it has a number of modern improvements including a parking garage, elevators, electric lights, air conditioning, and bright blue chlorinated pools and fountains. As I walked around the buildings and grounds on that first visit, I found myself wondering what a real ancient Roman would think. So much would be familiar, but the modern additions would be so bizarre.

The question stuck in my head and became my favorite thought puzzle. Wherever I went, I’d often wonder, “What would an ancient Roman think?” Over time, a novel was born. It really took shape once I decided that the ancient Roman time traveler would be Julius Caesar.

My main hope is a simple one. I hope readers enjoy the story and want to keep turning pages. In particular with this book, I also hope the story inspires discussion about the gap between history and truth. In my story, Caesar says some things that don’t match with the historical record. He also tells two conflicting versions of the same story. I would be thrilled if readers find this thought-provoking.

What kind of research did you have to do?

When I first began writing, I soon realized that if I wanted Cassandra, one of my main characters, to be at all authentic, I needed to spend some time in her hometown, Las Vegas. Most of what I knew about the city came from stereotype and reputation. Since my husband and I were living in a motorhome at the time and he was open to the idea, we drove to Las Vegas and parked ourselves in the sort of neighborhood where I thought Cassandra would have lived. I bought a bus pass and began exploring. Long story short, I’m still in Las Vegas! When you take a closer look at something, one of two things can happen. You hate it or you fall in love. I didn’t expect it, but the latter happened. Fortunately, it happened for my husband, too.

The other research required by this story involved finding out as much as I possibly could about Julius Caesar. I read his own work and the work of others to try to get inside his head and craft a believable version of the man. He was a colossus, which meant this felt like a colossal challenge and often more than a little daunting. I could not be more pleased that several classicists with far more knowledge of Caesar than I have found my portrayal satisfying.

Can you share something with me about your book that is not in the publisher’s summary?

It’s not a spoiler to reveal that Julius Caesar stays at Caesars Palace in Las Vegas for a couple of nights. This isn’t as much of a surprise as it might seem, given that one of the main characters is a Las Vegas native, and she is forced into the position of protecting Caesar from some bad actors.

My first published bit of writing, a column in a newspaper in Los Angeles, appeared at almost the same time my house burned down in a California wildfire. While it was a shock to lose everything, it also gave my husband and me a chance to try something new. Since we had nothing to put in storage, we opted for life in a motorhome and embarked on what we thought would be a six-month sabbatical while we figured out what to do next. We ended up living on a roll for over six years.

Our journey ended when I suggested a trip to Las Vegas for the purpose of doing research for this book. I did the research, finished a manuscript, and signed with an excellent agent. When the manuscript failed to sell, I put it on a shelf and went on to write three other novels. I then returned to this one with new ideas and fresh motivation. So now, 20 years later, my “first” novel has finally made its way to publication. And we’re still in Las Vegas!

What are you reading now and what have you read recently that you loved?

I recently read The Plot by Jean Hanff Korelitz and just finished Hour of the Witch by Chris Bohjalian. I found The Plot’s descriptions of writing programs and writers accurate and compelling, and I loved that the title of the book worked well on three levels: the plot of a book, a murder plot, and a plot of land. Hour of the Witch is a hauntingly disturbing story set in colonial New England at a time when spousal abuse was legal and women could be hanged for witchcraft. Both of these authors are stellar storytellers.