Believe in the Diamond Dogs 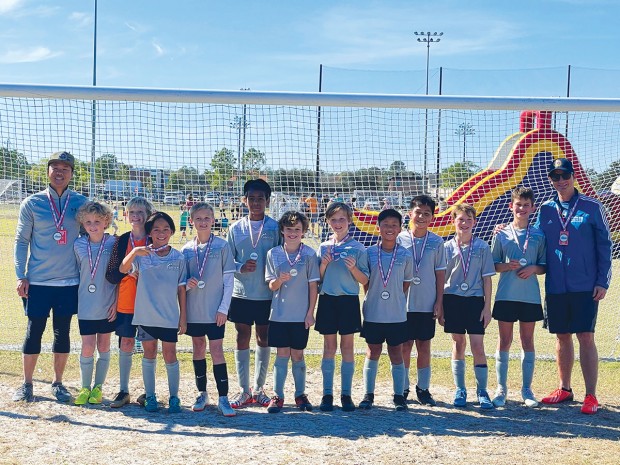 The Diamond Dogs (pictured) won the SBMSA American League soccer championship. After a regular season that started with a second-to-last seeding, the team improved significantly and ended up on top of a very competitive division. The team credits their success to believing in themselves, much like their namesake Ted Lasso’s Diamond Dogs. The boys won all their games in the playoff tournament. Coaches focused on offensive pressure, hard defense, and preventing fast breaks to take on their worthy opponents. The championship game was tied throughout most of play, but the Diamond Dogs eventually took the lead and won 3-1. The champion players are (from left) coach Minh Ly, Maverick Aspinall, Daniel Nealon, Michael Chao, Sterling George, Johan Fernandez, Jack Norkus, Matthew Burk, Mason Ly, Robert Ozcelik, Sam Robbins, Diego Lafee, and assistant coach Ramon Lafee.