“Saint Thomas’ Episcopal’ s World Culture Club has a goal to educate students about celebrations, customs, and traditions from all around the world.”

STE’s World Culture Club has made it a point to uphold this long-standing motto with their annual International Festival. After being canceled last year due to Covid-19, the STE community was delighted to welcome back the long-awaited festival. The committee, made up of an impressive 16 World Culture Club members under the leadership of co-presidents Caitlyn Nguyen and Laura Newcomer, has been getting ready for the festivities since early January. They worked hard to prepare an educational yet memorable event in March.

“I had such a great time learning more about Brazilian culture, designing the poster, and most importantly, tasting all the different foods from dozens of other cultures around the world,” Kiki Fong, a World Culture Club member, shared.

Some club members dressed up in the traditional garments of the country they represented.

Tessie Le, an international student and World Culture Club member, explained, “My friend Audrey and I ran the Vietnam stand, which meant a lot to me because of the opportunity to share our country’s culture and food with others. I think áo dài is one of the most important aspects of our culture because it is Vietnam’s traditional wear worn for so many of our important occasions, ranging from weddings to Lunar New Year, Tết. Even in the biggest international contests, áo dài is always used to represent Vietnam.”

Dozens of STE’s students, ranging from the tiny kindergarteners to the graduating seniors, were all able to explore each stand, traversing through the rainforests of Australia to the islands in Greece. Visitors were given a “passport” complete with the names of each of the fourteen different countries featured in the festival. They traveled from stand to stand trying different foods from each one. Their mouths watered looking at the Peruvian ceviche, Chinese fried rice, and many other dishes. Parents and faculty were sure to stop by the Coffee and Tea Around the World stand, where they tasted various drinks, including Hong Kong milk tea, French cafe au lait, and Malaysian yuanyang, among many more.

“Walking to each stand was almost like an adventure, uncovering the unique treasures each country had to offer. It was so exciting,” Maria Clara Almeida, a STE student, commented.

The World Culture Club is thrilled to continue this beloved tradition again next year, bringing our STE community closer through “celebrations, customs, and traditions from all around the world”. 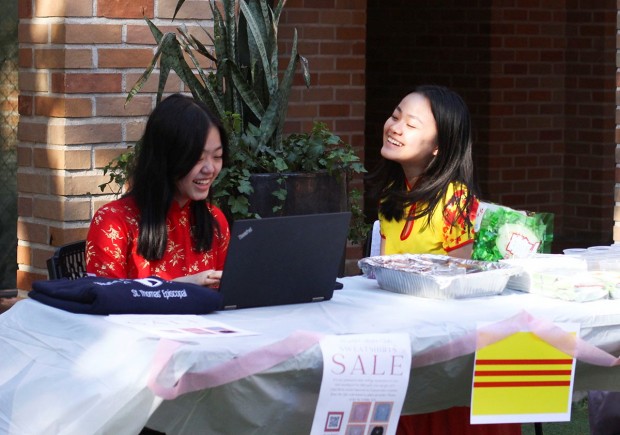 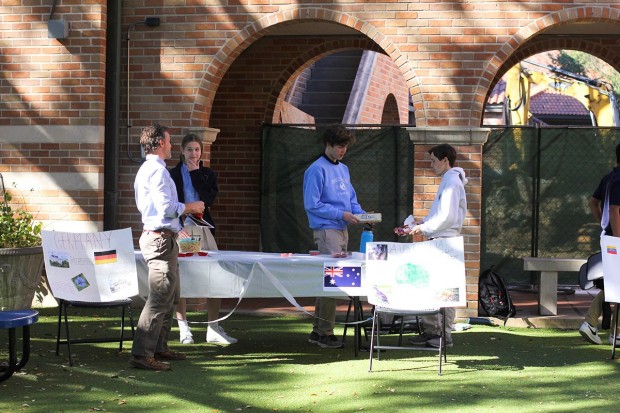 Students go to the check-in table to get their "passports" at the beginning of the festival. (Photo: Brinley Bowden) 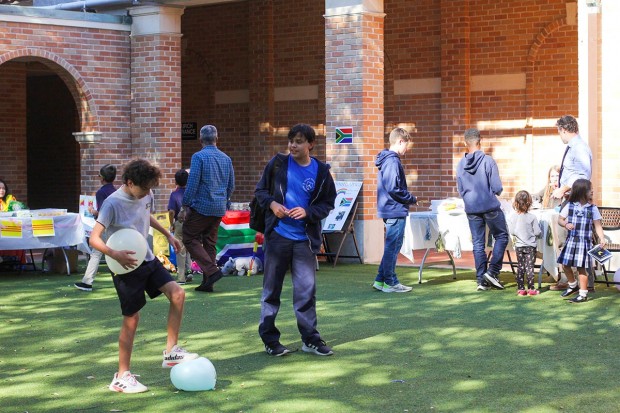