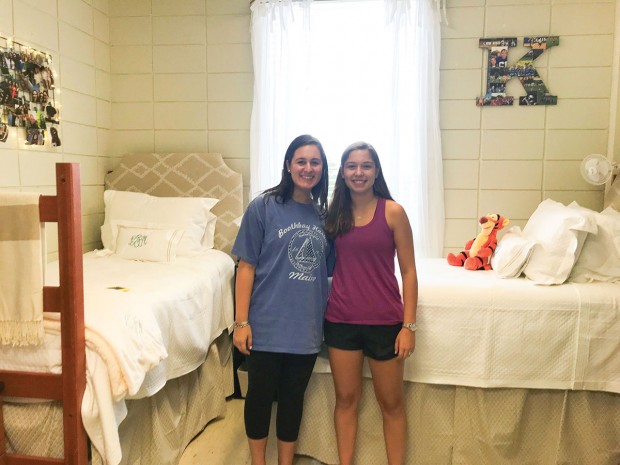 DORM ROOM TRUTH Their room was in perfect shape on move-in day.

Here we are again with these darn endings. I know – endings make way for beginnings. That doesn’t mean I need to be graceful about them.

Three years ago, I wrote about picking my first child up after her freshman year at college. What I realized then was that I hadn’t considered the end when we were anxiously beginning. (Not quite as bad as my sister-in-law who wanted to put an ad out for her daughter, heading to college in August, reading, “My mom and I are looking for a roommate…” But close.) 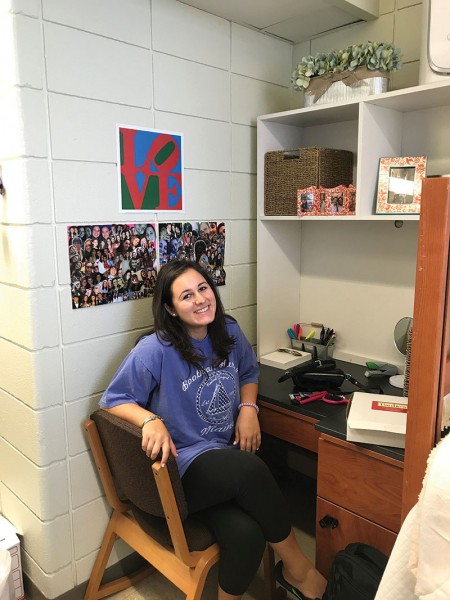 A perfect desk set to begin college at move-in.

As a first-time college mom, I had never experienced a full nine months away from my daughter. I was sure I hadn’t finished teaching her everything she needed to know to survive. It was so much easier to make the dermatologist appointments, dry cleaning runs, and daily lists myself, even after my daughter was old enough to do these things and so much more. I couldn’t imagine my little person living hundreds of miles away, with strangers, in a strange room. This wasn’t summer camp – nobody would make her wash her sheets at least once a semester. This time, it wasn’t going to be funny when I picked her up and the little dove was still crisply embossed in the bar of soap.

So I did the only thing I knew: I stocked that dorm room. Just like when I was eight and a half months pregnant, when I bought every brand of diaper (who knew which one would fit best?), all the bottles, all the fuzzy animals. Like a person going into hibernation. I never programmed that the stores would still be open, just around the corner, once the baby came.

As a freshman mom, I never programmed that stores exist in college towns. I never pictured my daughter, then 18, driving her car to one of them. Because my head was so full of monogrammed towels, first aid boxes, sheet sets, headboards, extension cords, desk lamps. Babies R Us had nothing on Bed Bath & Beyond’s college checklist. 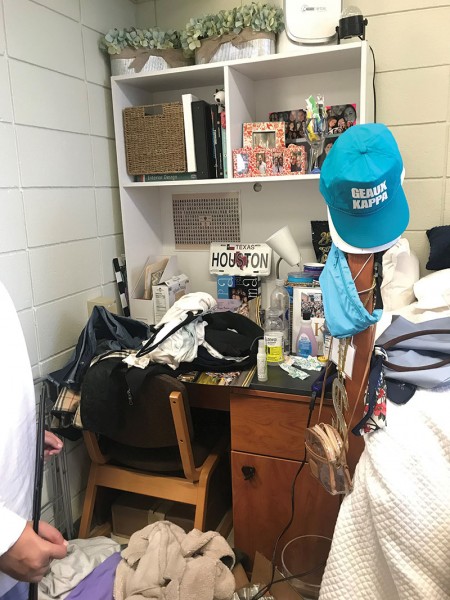 What the author faced the night before moving her daughter out, nine months later.

Nine months later, my freshman was ready to come home. My daughter had washed her sheets, and if she didn’t do it as often as I would have liked, well, she still made it through freshman year. I had long forgotten about the BB&B checklist, all the things I so furiously (lovingly) stashed in her room. Until pick-up day.

Nobody could have prepared me for what I walked into the Friday evening I went to pick my daughter up at school. It was around 6 p.m.; we had to check out of the dorm at noon the next day. But when I walked into the room, the one I had pieced together so perfectly, I saw: half-drunk water bottles, various dispensers of Carmex, piles of clothes that should have been hung up, pictures and trinkets still on shelves and…my favorite, a karaoke microphone buried in the unmade bed. Right next to the Mardi Gras beads, also in the bed. The other half of this tiny room was fairly well organized and boxed up, this being because my daughter’s roommate’s father told her if she wasn’t packed by the time he arrived Saturday morning, he wasn’t paying for next year’s football tickets. Now I know better.

I also know this: all that mostly unused stuff was nothing more than my attempt to set my child up as best I could. It was the only control I had over the next nine months.

In the end, we gave so much of that stuff to the staff (hopefully they’re still enjoying their brand-new microwave and the lovely faux hydrangeas), and added a lot of it to a giant pile of donations in the dorm’s lobby. All was not lost – I had my daughter for the summer!

This time, as this freshman year ends, I like to think I’m wiser. I didn’t leave this daughter’s dorm room quite as packed with periphery as I did her sister’s, and I’m thinking about using next year’s football tickets as a bribe/threat for her to be semi-packed when I come to bring her home.

Also, this time I don’t think I’ll mind as much if I have some heavy work ahead as we move out of the dorm room. Now it’s the end of my youngest child’s freshman year, the last of our dorm room endings. Thank goodness bright beginnings are on the horizon. I’ll just be taking a little extra pause to appreciate the ending this time.