A Picnic in the Park: Evelyn's Park Phase 2 Debuts

Evelyn’s Park is a Bellaire neighborhood hub that’s often full of families, and their Picnic in the Park celebration was no different. From noon to 4 p.m. last Saturday, neighbors gathered for a triple celebration: the fifth anniversary of Evelyn’s Park, a preview of the park's new “Phase 2” features, and Earth Day. There were endless kids’ activities and crafts, including a tie-dye booth from Evelyn’s Park and rock-painting from the City of Bellaire Culture & Arts Board. 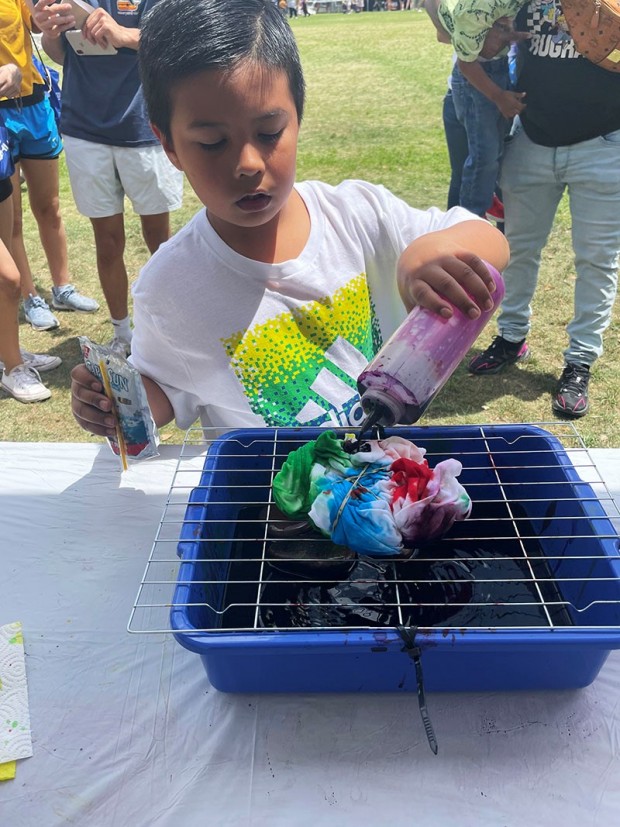 Michael Rodriguez at the tie-dye booth. 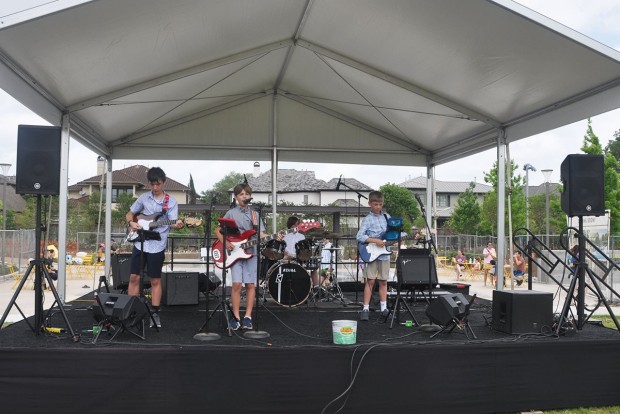 Phase 2 features of Evelyn’s Park include three new shade structures and three play areas. Four of the features of Phase 2 were previewed Saturday. Many families took refuge under the Trevilion, a new shade structure located near the Bellaire and Betsy’s side of the park. Kids kept cool in the newly opened Splash n’ Play area while parents watched from the Veranda, the adjacent shade structure. The Solar Pavilion was located farther from the main action, but provided a shady respite for a hot Houston day.

Two of the features were not yet previewed at the event, but are part of the new Phase 2 Features. The first is Mount Bellaire, which will be the primary playscape for older children, and will include a large climbing mound, concrete slide, and log jam play structure. The second is Discovery Hill, a playscape for younger children with several climbing mounds, grass reeds, a fan slide, a tunnel, and giant lily pad shade structures. Check out our slideshow above to see the three new playscapes. 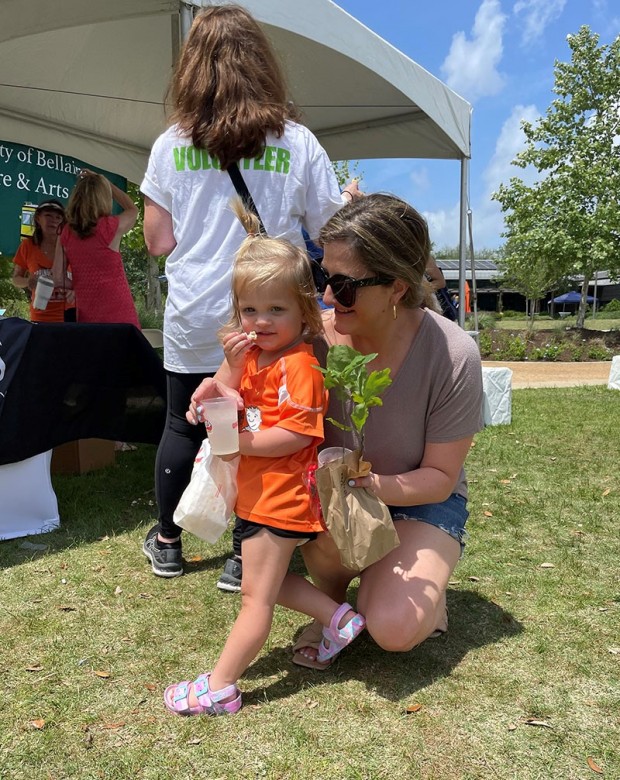 Cathryn and Andi Schmeltz snack on popcorn from The Buzz booth. 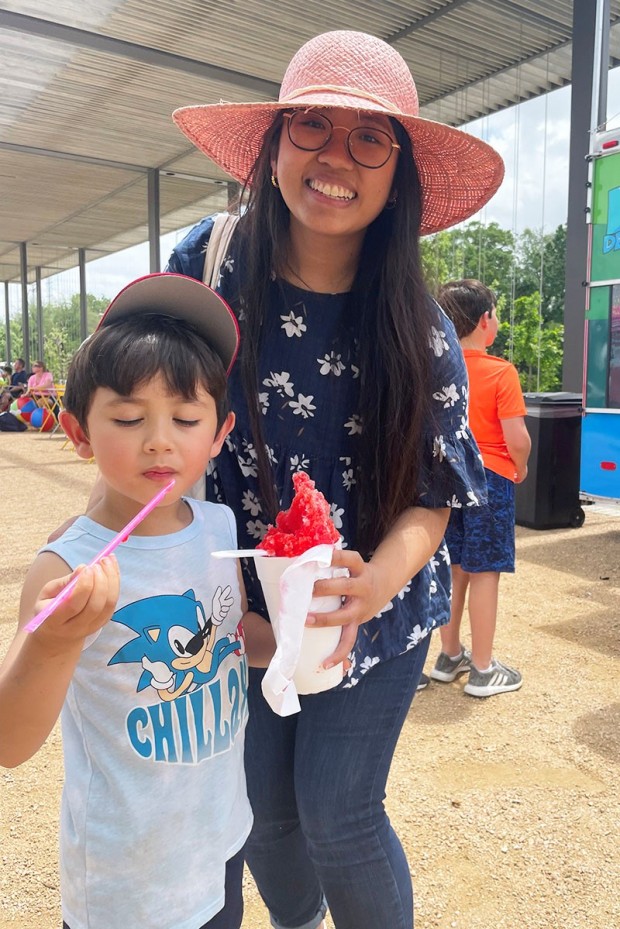 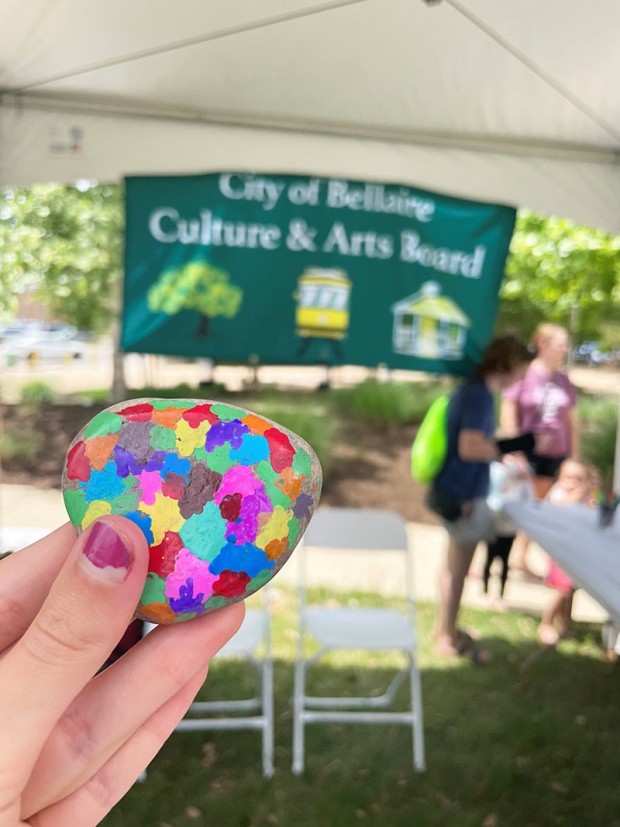 A painted rock from the City of Bellaire Culture & Arts Board booth. 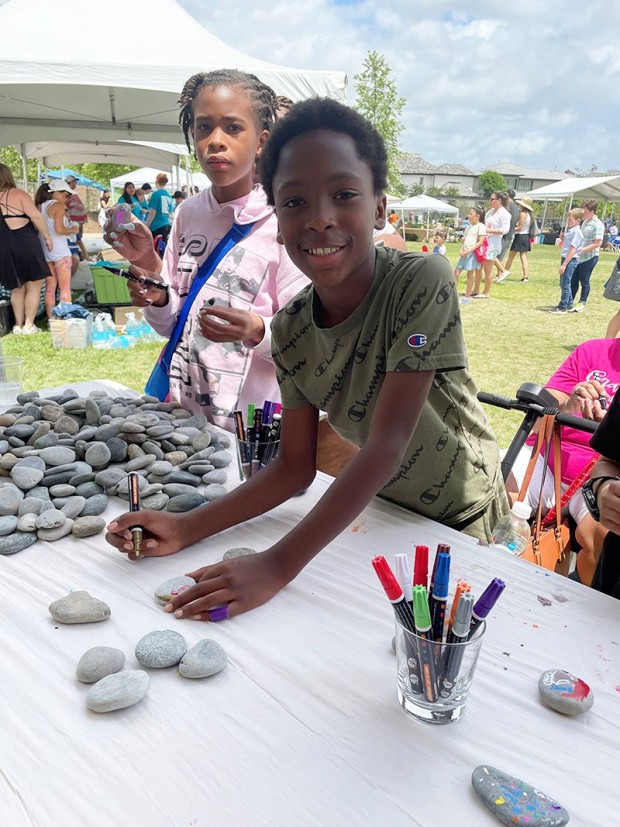 Twins Davion and Davria Dovai paint rocks at the City of Bellaire Arts & Culture Board booth. 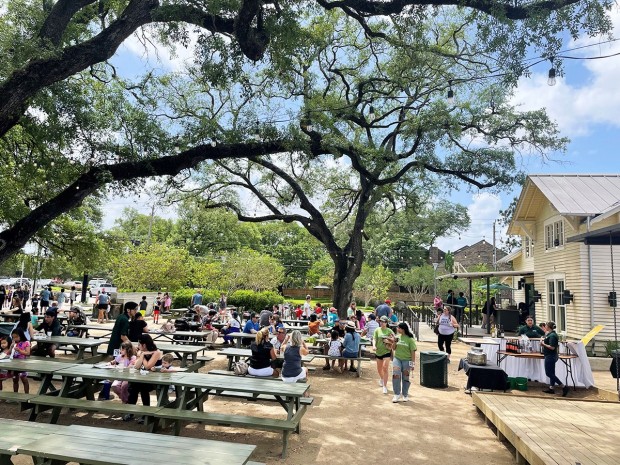 The picnic tables outside of Betsy's, located in Evelyn's Park. 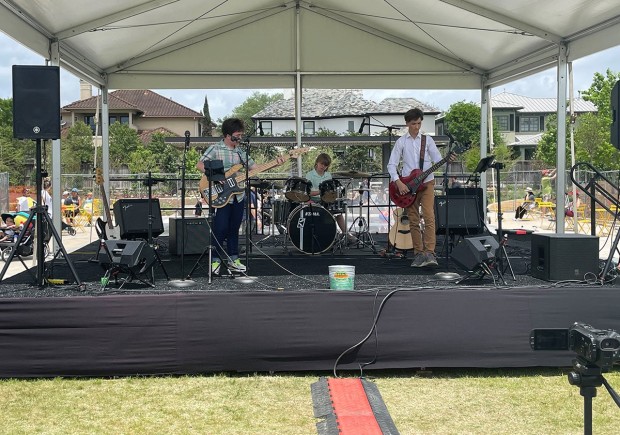 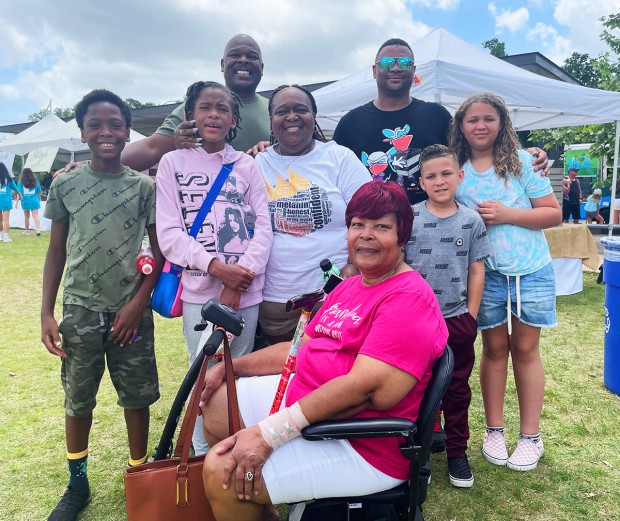 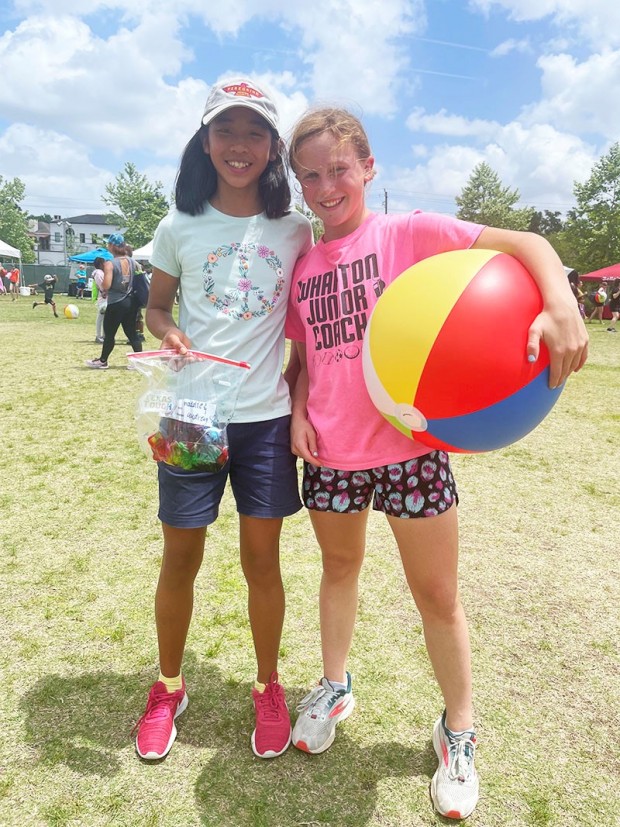 Friends Audrey Sioco and Maddie Kimmel play with a beach ball after tie-dying a shirt. 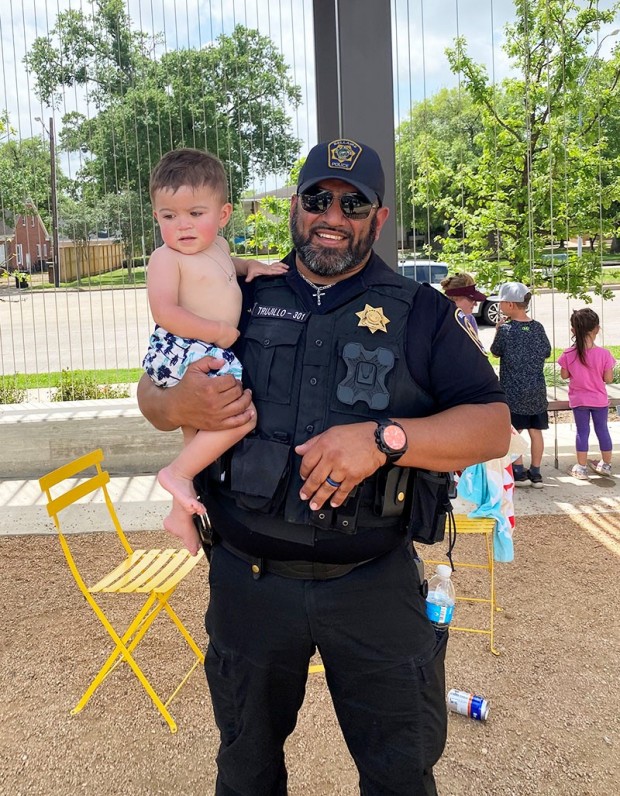 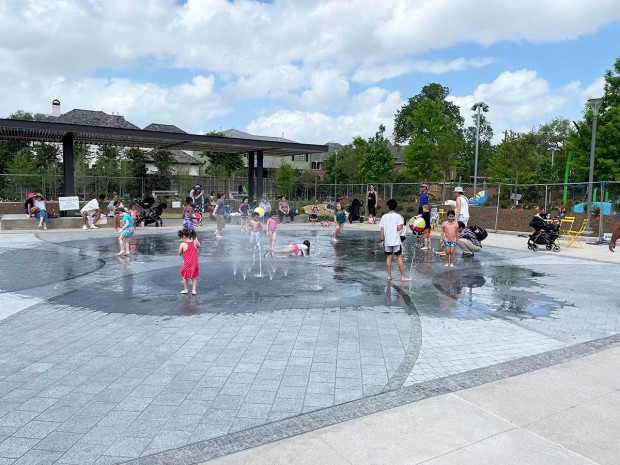 Several new features are opening in "Phase 2" of Evelyn's Park, like this new Splash N' Play Area. The new shade structure, the Veranda, is directly behind it. 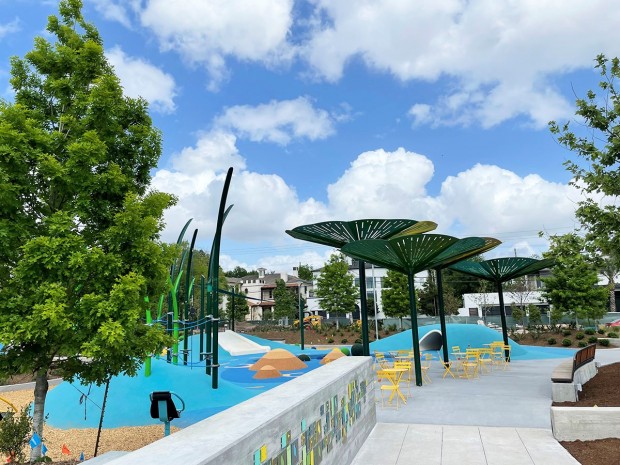 Another new feature in Phase 2 will be Discovery Hill, which will include giant mounds to jump and play on, grass reeds, a fan slide, a tunnel, and giant lily pads for shade. This play area was designed for younger children. 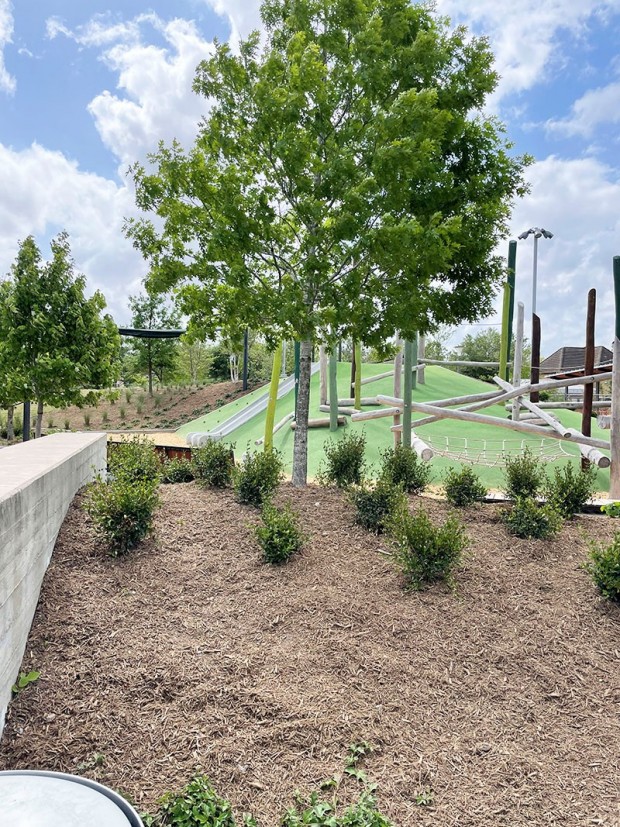 Mount Bellaire will be the primary play area for older children. It will include a giant mound to play on, steppers, concrete slide, and log jam play structure. 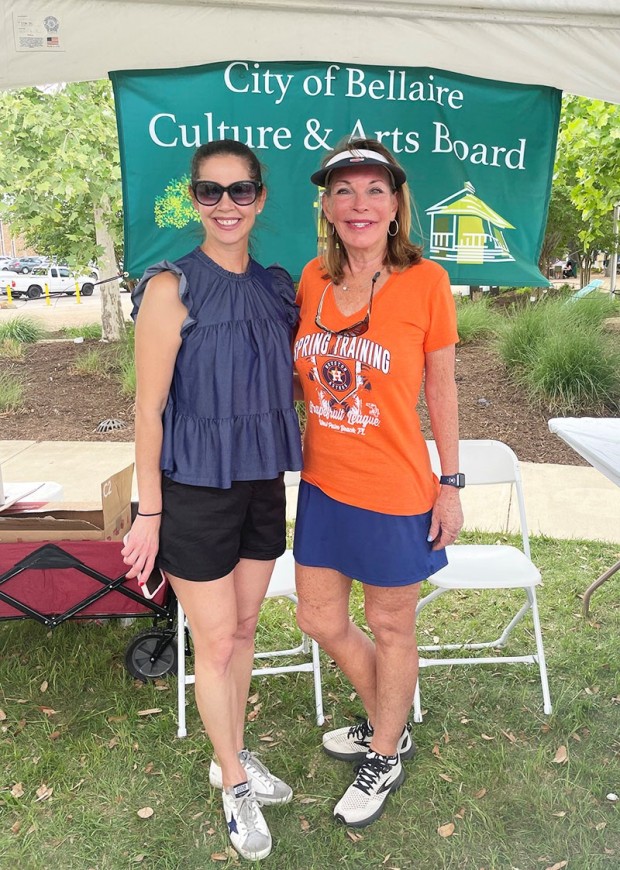 Angie Leventhal, member of the Bellaire Culture & Arts Board, stands next to Chair of the Board Gay Mayeux. 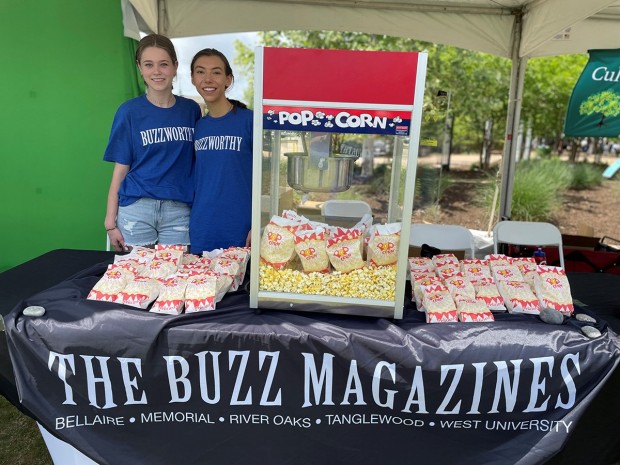 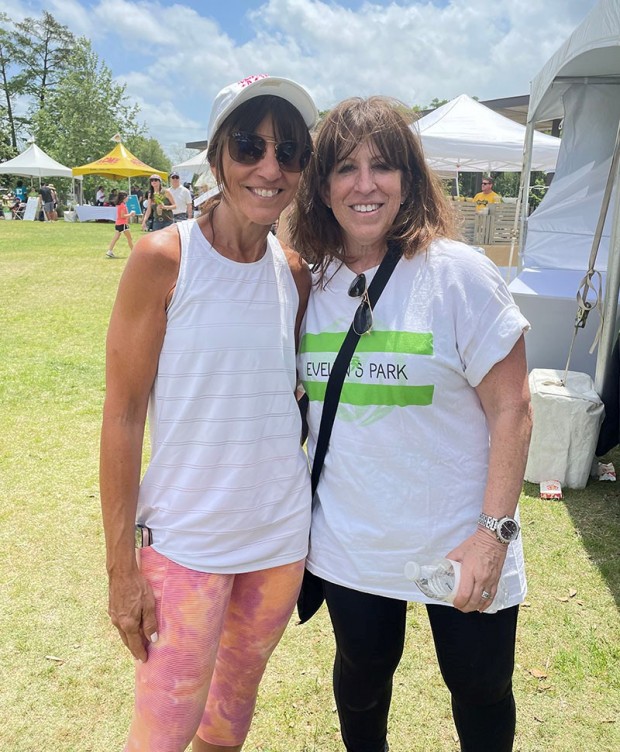 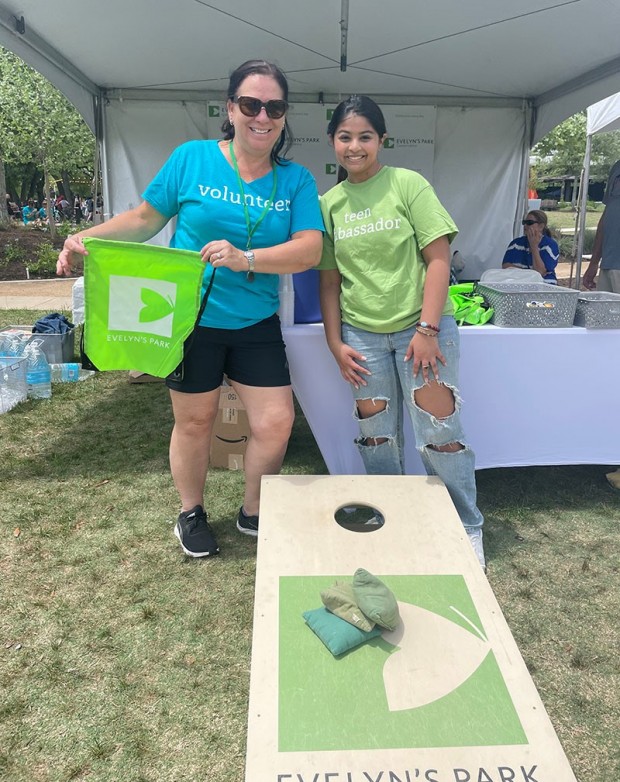