The Houston Art Car Parade returned this year for the first time since 2019. That same year, St. Francis’s seniors participated in the parade as freshmen.

This year, St. Francis students drove what they call the GLAM-bulance, an old ambulance provided by St. Francis Director of Fine Arts Justin Doran. The GLAM-bulance was constructed three years ago when there were only sophomores and freshmen attending St. Francis.

Students started constructing the vehicle in the fall of 2019 during Immersions and Explorations - a week at St. Francis where there aren’t any classes, but other opportunities and activities for students to explore. For example, this year students could sign up for Aerial Yoga, History of Houston, Building Eden, the Inner Workings of an NBA Franchise, Art Crawl, and more.

To get started on the car, students scraped off the paint and glued jewels and beads with different designs and shapes. They carefully cut up glass and created a cracked mirror design and the St. Francis logo on the hood of the car. A ladder and railing were built on top so students could sit up there during the drive. The inside was cleaned out and a giant disco ball was hung from the ceiling. Students worked relentlessly on this project; using study halls and coming in on weekends just to finish their section of the car.

Due to the pandemic, the 2020 art car parade was canceled, and the poor GLAM-bulance sat at the school untouched for almost two years. Thankfully the Art Car Parade returned, which also meant students got back to work. Students cleaned up the car and got rid of all the dirt that had piled up over the years. They got rid of all the expired chips from years ago and removed fading jewels and replaced them with new ones. Detention never looked better now that time was being served working on the car. Art teacher and head of the project Caroline Doyle was determined to refurbish the GLAM-bulance to its former beauty.

On April 9, the GLAM-bulance made its long-awaited appearance at the 2022 Houston Art Car Parade. Students who had worked on the car got to participate by either riding on top of the ambulance or walking beside it. St. Francis students walked a good two miles to represent their car and their school. While the day was hot and long, it was all worth it when the GLAM-bulance ended up winning third place out of over 200 cars. This was a great success for St. Francis’s fine arts program.

The students’ creativity and dedication are what made this achievement possible. Even if art wasn’t their strong suit, every student played a role in the success of this project. 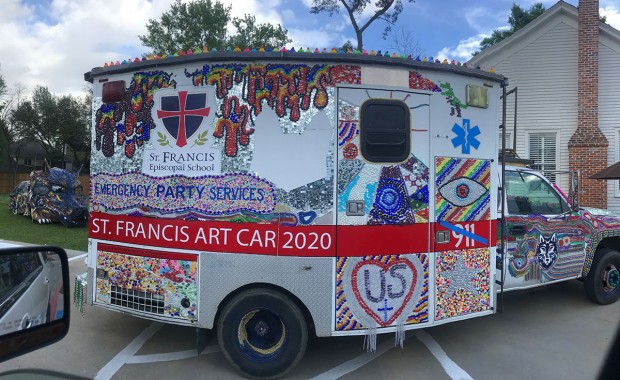 The Glambulance on March 10, 2020. In the back, you can see the art car from 2019 that the senior class built their freshman year! 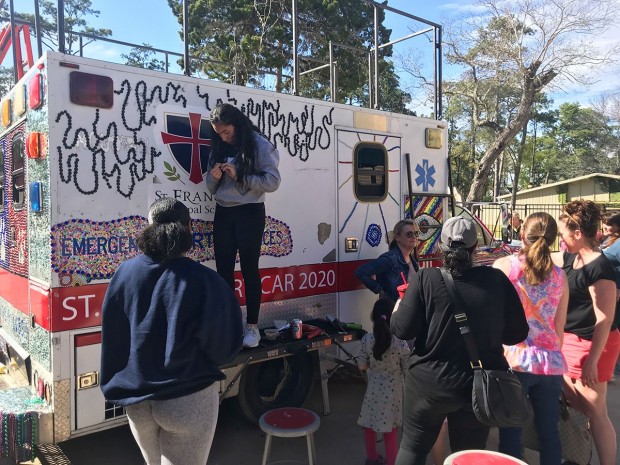 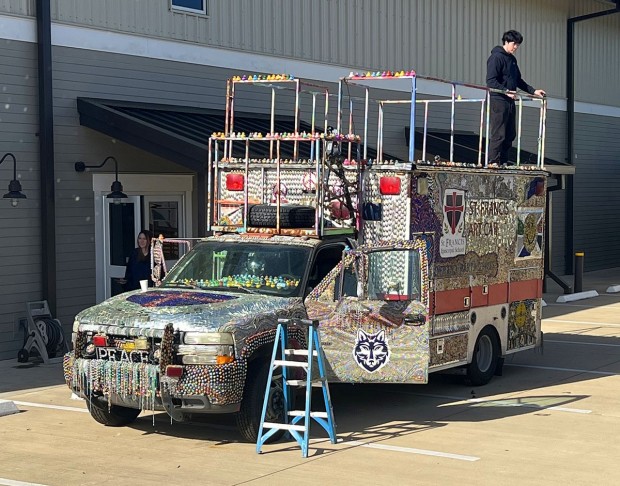 Junior Raad Azzawi installing a speaker on the Glambulance on April 7, 2022, three days before the big reveal. 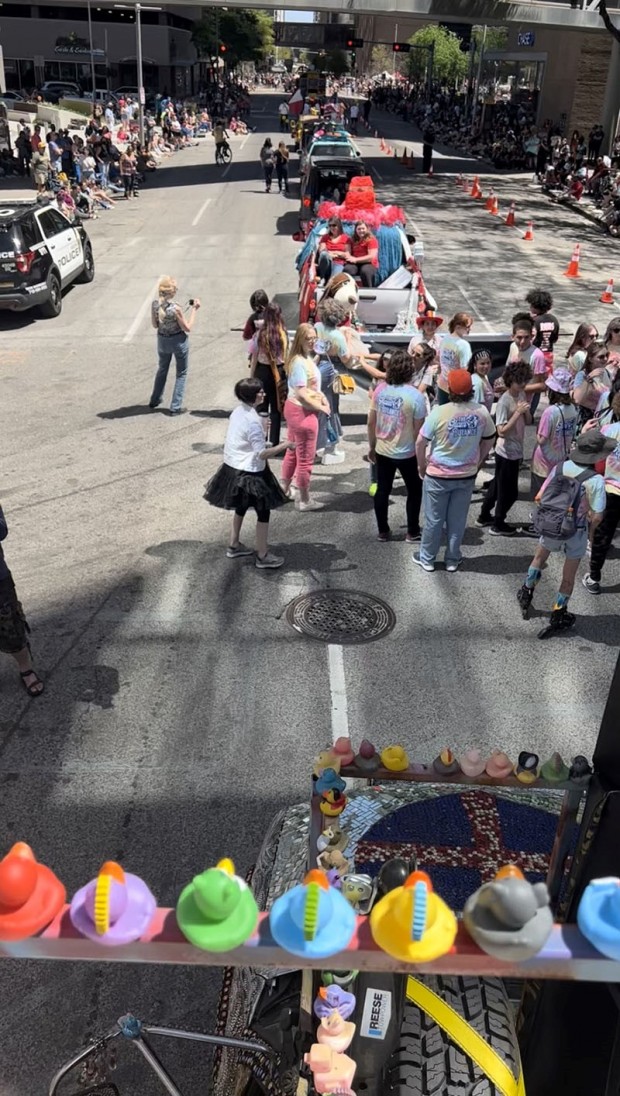 The view from on top of the Glambulance during the parade. (Photo: Janelli Morones)