On Sunday, May 15, Strake Jesuit College Preparatory hosted its annual Father-Son Mass at the school’s Parsley Center. Father Jeff Johnson, the school’s president, led the ceremony as the celebrant, with students and fathers of all religions gathering together.

During his homily, Father Johnson discussed the role of fathers and their unfavorable portrayals in movies with Darth Vader in Star Wars and Vito Corleone in The Godfather. He expanded to say that even when we see good fathers in movies, there is usually a catch. For example, Clark Griswold was a well-intended buffoon in National Lampoon’s Vacation and Robin Williams’ character disguised himself as a female caregiver in Mrs. Doubtfire.

In contrast to the films that depict fathers negatively, Johnson asserted that fathers in real life demonstrate their love for their children by teaching them to care for others in the world. He reminded us, God the Father sent his Son into the world because he loved what he had created, unlike Darth Vader and Vito Corleone who feared the world and wanted to control or destroy it.

“A father, or any parent really, should teach children that we are to go out into the world with a loving disposition, not one of fear, and in doing so parents emulate God the Father,” Father Johnson said about these special family relationships.

Jesuit students are encouraged and mentored to follow the school’s motto of being “men for others,” which means doing good things for other people. Fathers play a key role in helping Strake Jesuit students fulfill this mission during their time at the institution and long after. Father Johnson pointed out that it was a father and son who together founded the on-campus food drives that the Strake Jesuit Dad’s Club runs every month.

Following the Father-Son Mass, the school’s annual Father-Son Luncheon took place in the Moran Dining Hall. Rick Smith, who is the former General Manager of the Houston Texans and the father of Class of 2021 graduate Robert Smith, gave the keynote speech to the attendees. 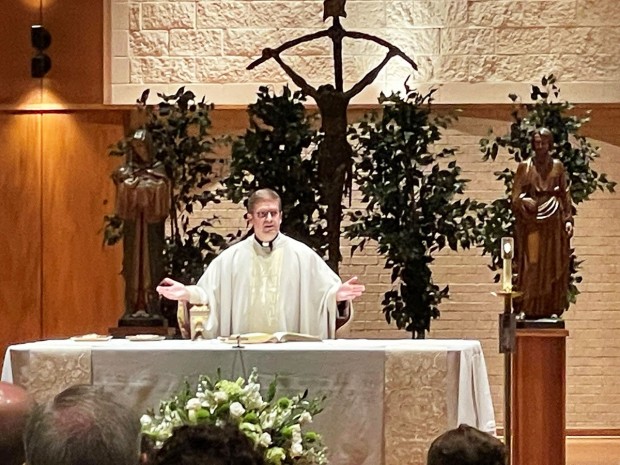 Strake Jesuit hosted its annual Father-Son Mass on May 15 with Father Jeff Johnson its celebrant. 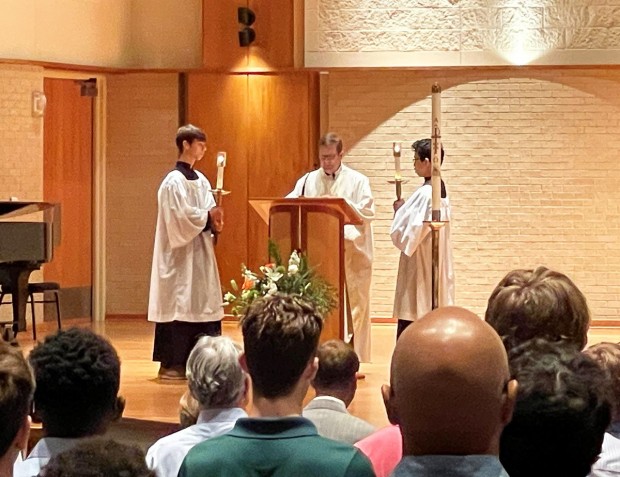 Father Johnson talked with Strake Jesuit fathers and sons about the importance of their relationships while highlighting some famous dads from movies.