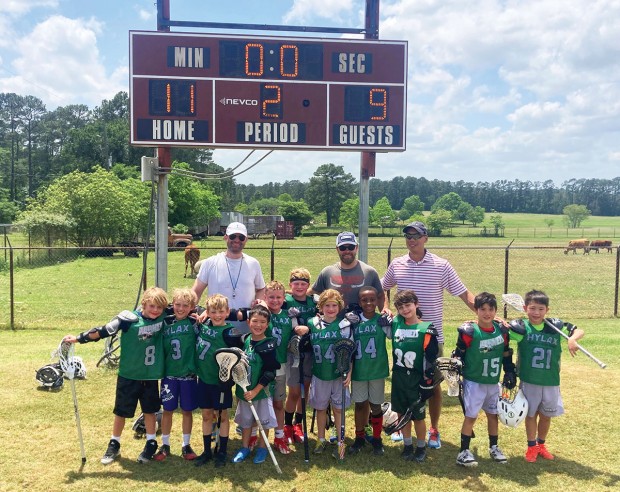 In Lacrosse, the Hornets 2U, which consisted of first- and second-grade-aged boys, ended their season on a positive note. Out of seven teams playing in the Greater Houston Youth Lacrosse Association Double Elimination Greater Houston Lacrosse City Championship, the Hornets 2U took home first place. The Houston Youth Lacrosse Association offers youth lacrosse for boys and girls in and around the 610-loop area including West University and Bellaire. The Hornets received a first-round bye and then defeated Klein in the semi-final matchup before winning two consecutive games against Cy-Fair. The boys won the championship game with a score of 11-9. The team was coached by (pictured, top row, from left) Jeff Spittel, Neal Wade, and Jason Chang. Pictured (bottom row, from left) are Cooper Wade, Teddy McCullough, Hendrik Kivett, Andrew Spittel, Colton Chervanick, Bennett McNulty, Kelly Peters, Marc Bell, Charlie Pugh, Henry Chang, and William Spittel.