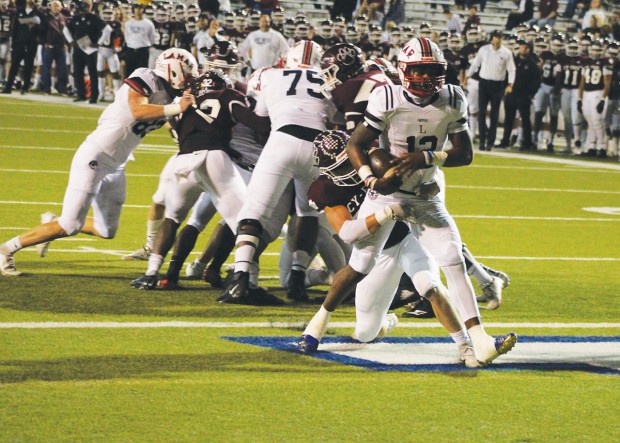 After winning its 12th district championship in the last 13 seasons, the Lamar Texans again have lofty expectations as the 2022 football season gets underway. “It’s definitely the best team talent-wise since I became the head coach here at Lamar five seasons ago,” said Mike Lindsey. “Our expectations are pretty high.”

Those expectations are bolstered by the return of senior all-district quarterback Kenneth Rosenthal, who also earned all-district honors in basketball this past season. “Kenneth is special,” said Lindsey. “He’s a polished passer and runner as well as a great decision maker on the football field. He is also one of only three quarterbacks across the area named to the Touchdown Club’s All-Greater Houston Pre-Season Football Team.”

In addition to Rosenthal, the Texans offense is spearheaded by talented junior wide receiver Tristen Brown, who already has collegiate offers from Texas Tech and UTSA. “Tristen is a great kid with a high GPA, who is very much an elite receiver and playmaker,” said Lindsey.

On defense, the Texans welcome the return of a pair of standout players in senior linebacker Carson Skotak and senior defensive tackle Jarvis Butler. “Carson is very athletic and one of our top leaders,” said Lindsey. “He’s being recruited by Ivy League schools and is just a super individual.” As for Butler, Lindsey says the 6-foot, 275-pounder is strong and extremely explosive. “Jarvis had a great season last year and is also one of our team leaders. He can squat 560 pounds and will also play college football.” 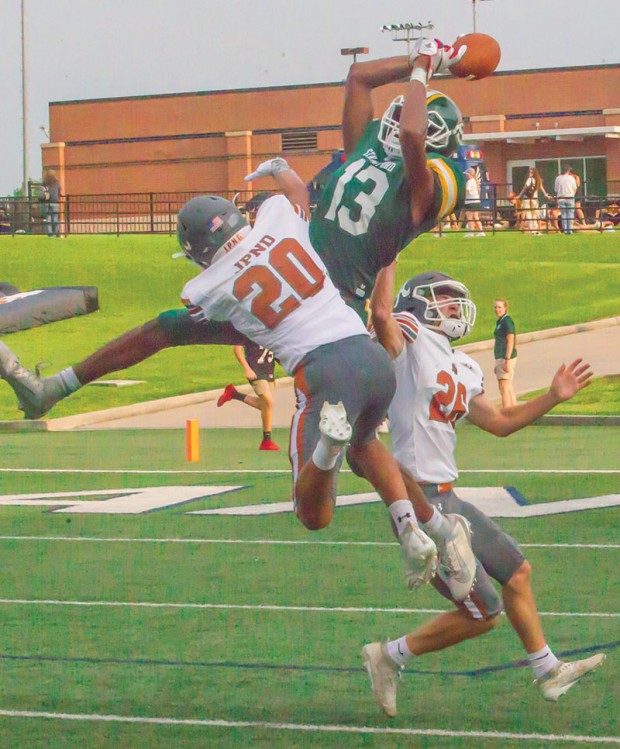 SUPER SPARTAN Stratford senior Triston Williams is among a talented group of wide receivers suiting up for the Spartans this season. Williams is pictured here making a spectacular one-handed reception in last season’s victory over Alvin.

With the return of 13 starters from a team that went 10-2 last season, it has all the makings of a big season ahead for the Stratford Spartans. “The whole focus of our off-season program was how do we go from good to great,” said Stratford head coach Todd Rankin. “There’s a lot of really good mojo around here.”

The Spartans offense will be ignited by quarterback Nash Rankin, who broke legendary Stratford quarterback Andrew Luck’s single season passing records with 2600 yards and 26 touchdowns a year ago. “He has the ‘it’ factor when making plays,” said Coach Rankin when talking about his son. “He’s had a knack for it his whole life. Nash can run, throw with accuracy, and has a special on-the-field leadership.”

Rankin will have a special target to throw to again this season with the return of tight end sensation Hawkins Polley. The 6-foot-4, 240-pound senior has committed to play college football at Baylor University. In addition, the Spartans are loaded with wide receiver talent in junior Luke Rives, senior Jake Brand, and senior Triston Williams. “It’s a great receiving corp,” said Coach Rankin. Also on offense, 6-foot-4, 260-pound lineman Hudson Perroni has collegiate offers from SMU, TCU, Texas Tech, and others.

On defense, the Spartans bring back linebacker Cooper King, who was the District 17-6A Defensive MVP last season. “Cooper is a tackling machine who gives 100 percent on every single play,” said Rankin. Other top players on defense, according to Rankin, include linebacker Antwone McDonald as well as linemen Hunter Jones and Austin LaRue. 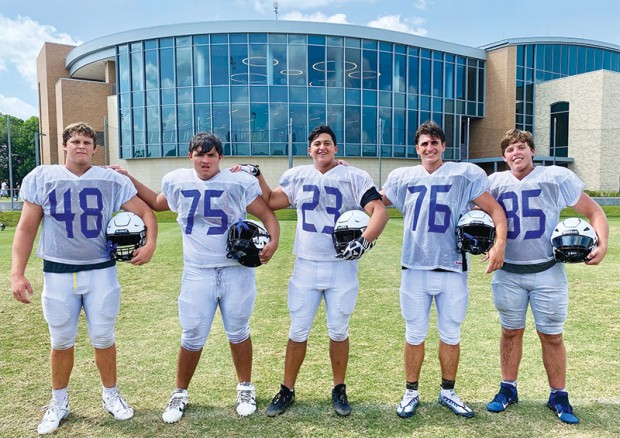 The Episcopal Knights enter the season with a lofty number two state ranking among all private schools across Texas. “To be a pre-season number two in the state is pretty special,” said Knights head coach Steve Leisz. “Our whole community is extremely excited.”

Elsewhere on offense, the Knights have added a pair of major playmakers in junior quarterback Karson Gordon and junior wide receiver Andre Thompson. “Karson is a dual threat quarterback with tremendous arm accuracy and an ability to score with his feet,” said Leisz. “He already has multiple offers to play at some of the nation’s top college football programs.”

As for Thompson, the junior receiver is also being heavily recruited by the nation’s premiere collegiate programs. “Andre is incredibly quick and agile. He has about 15 offers from so-called power-five football conferences.” Leisz also says he expects fellow receivers Lane Linebarger and Jackson Chavis to play football on the collegiate level.

On defense, the Knights return one of their top players in senior defensive end Jason Otah, while Leisz had high praise for the defensive backfield foursome of Breylan Thompson, Sean Thompson, Brayden Crow, and Garon Sampson.