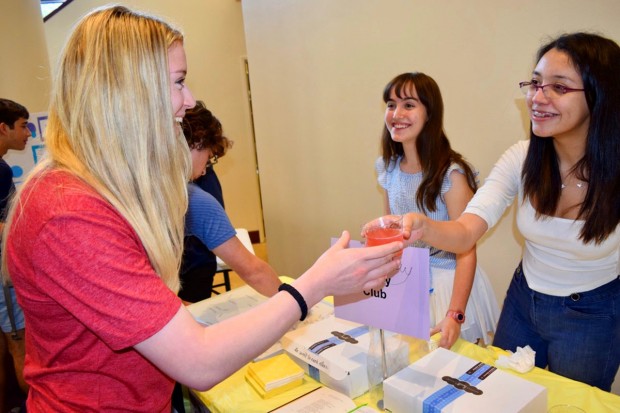 Students poured into the Ogilvie Lobby at lunch on Aug. 24, as The Kinkaid Upper School’s 56 clubs jockeyed for the attention of students using baked treats and posters.

One of the school’s most treasured traditions, the annual club fair provides clubs with a one-of-a-kind opportunity to attract new members; sweets and snacks were the most popular luring mechanism. The South Asian Heritage Club laid out mango nectar, chivda trail mix, and Parle-G biscuits, while Viva La Raza had an array of candies and baked goods from across the Spanish-speaking world. 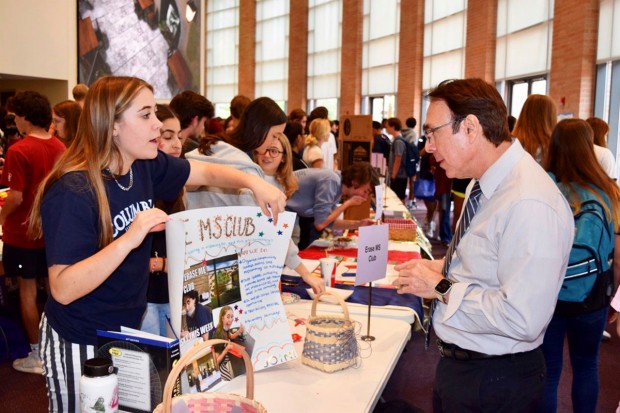 Students are given a chance to peruse a wide variety of topics by simply taking a step over to different tables. This was the first year that the club fair was hosted in the Ogilvie Lobby, with the permission of the facilities team and Director of Arts Mr. Scott Lambert,  rather than outdoors in the quad.

“This year was my first club fair,” said sophomore Ellie Mehta. “I was overwhelmed with all of the choices, but I liked being able to see everyone’s interests in one room.”

Clubs provide students with a community that shares their hobbies and values; for some, it even helps them explore a fascination further.

“I’ve always been interested in ceramics,” said Ethan Jefferson, a sophomore. “I joined the club after Club Fair to try and learn more about a cool art form.” 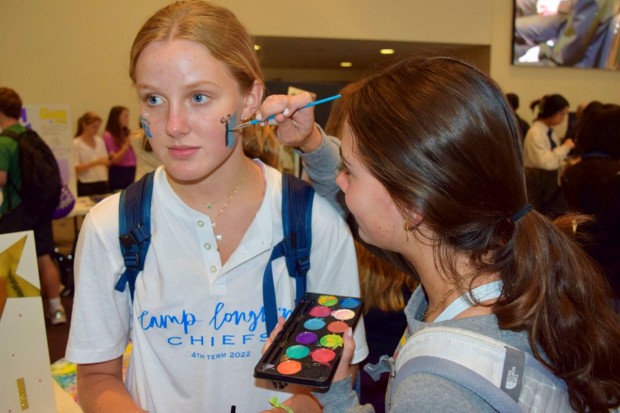 Just 19 clubs were re-approved at the end of last year by Mrs. Erica Baker, the Upper School’s coordinator of student life. Cuts were made on the basis of meeting attendance, completion of meeting notes, and completion of required activities.

The low approval rate allowed dozens of new clubs to make their debuts at this school year’s fair.

Among the new clubs was “Card Games Around the World,” established to introduce card game lovers to styles from across the globe and host tournaments.

“Our club was made to show our favorite games from around the world that people might not know, such as President from China or Whist from the U.K.,” junior Ben Evans said. “You're not going to find some of these games anywhere else in the city, really, so we wanted to bring them to the eyes of the community.”

Clubs were first established at Kinkaid by school founder Margaret Kinkaid, who believed it was important for students to have a social outlet exploring topics of their interest. One of the things Kinkaid is most famous for, our football team, was started by the Boys’ Club back in the 1910s. Clubs really flourished, however, in the 1920s, when many were formed as service organizations for the war. Kinkaid’s clubs even organized the school’s 22nd birthday party, showing off their accomplishments during a party at the Richmond campus at 7:30pm on Friday.