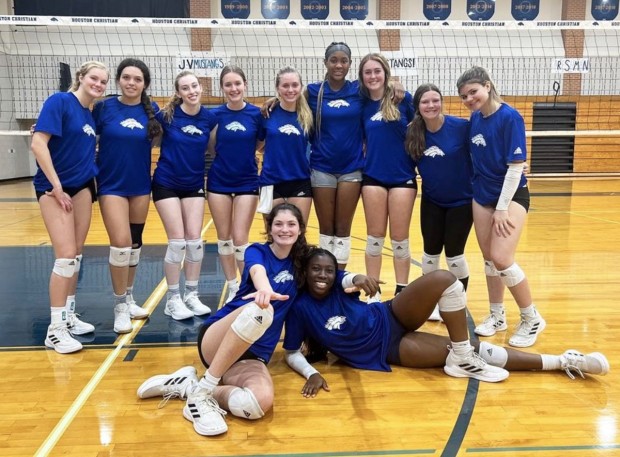 The Lady Mustangs Varsity and Junior Varsity volleyball teams won 5-1 in their tournament.

As some may or may not know, the Houston Christian Mustang football team has been eliminating their competition, with huge wins against Fort Worth Country Day and the St. John XXIII Lions. The latter was defeated 50-13, an insane victory for Houston Christian, moving them up in the SPC brackets. Secondly, the Lady Mustangs Varsity and Junior Varsity volleyball teams struck fear into the hearts of their opponents by going 5-1 in their tournament. They have continued their victories well into the season and are definitely the team to be watching.

Houston Christian Clubs have also been a huge hit so far this year. Some of the most popular clubs are the Royal Tea Society, Fashion Club, Robotics, and Mandarin Culture Club. There’s a club for everyone out there; it is highly encouraged by the school that all students try and attend at least one club that sparks their interest. Club meetings can vary from once a week, to once a month, so lack of time is never an issue! 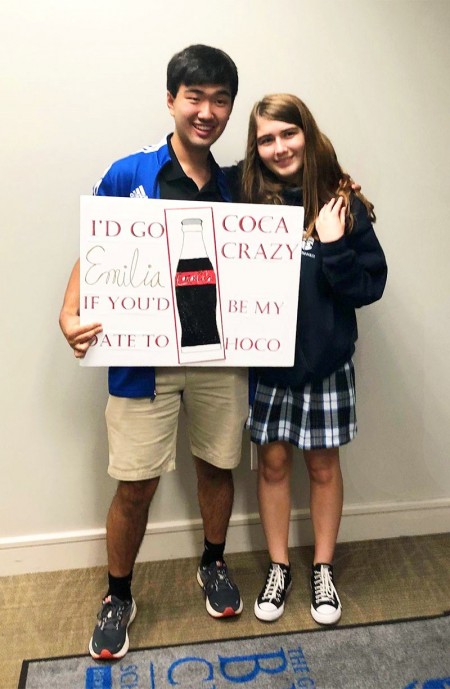 Noah Takahana (on left) and Emilia Thompson (on right) both gush with joy as Emilia accepts Noah’s homecoming proposal.

Now, while sports and clubs have been the talk of the school recently, there is an even bigger topic at hand. Homecoming. It has been estimated that a whopping 48 percent of students have been asked out this year already, and there are sure to be more asks as we draw closer to the big day. Because of this, every student this year is keeping an eye out, looking for that one big cheesy sign that might be for them! Dancing seems to be another priority of Houston Christian students.

One excited student, Moriah Schisler, says, “I can’t await to hang out with my friends and get dinner before we go to the dance."

That’s all for now, make sure to check back in next month for more news and current Houston Christian events.