Historical fiction remains one of my favorite genres to read; I love being transported to another time and place while also learning about an era, place, or people with which I am not familiar. The genre continues to grow in popularity and so many wonderful books are coming out in 2022 so I am highlighting ones that I am looking forward to diving into this fall.

Here are six books in the historical fiction genre publishing in the next few months that I am very excited to read: 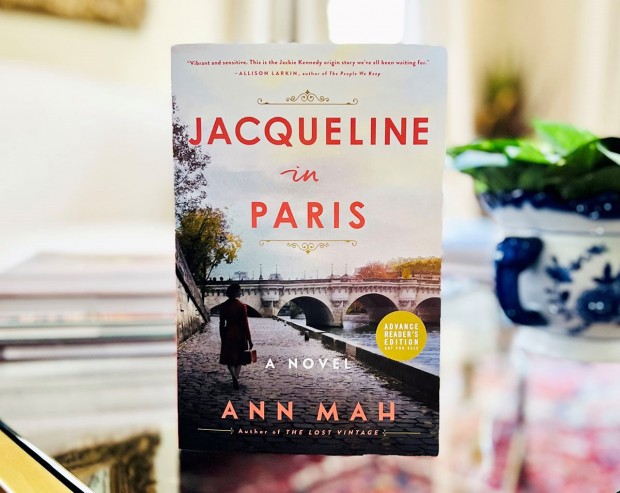 Jacqueline Bouvier spent her junior year abroad in postwar 1949-1950 Paris. In Jacqueline in Paris, Ann Mah charts the beginning of Bouvier’s long love affair with Paris as well as bringing the City of Lights to life post-World War II.

Jacqueline in Paris by Ann Mah - 20-year-old Jacqueline Bouvier spent her junior year abroad in postwar 1949-1950 Paris. Thrilled to be away from the societal pressure of New York and her mother’s prying eyes, Jacqueline falls in love with Paris’s social scene – the cafes, theatre and art - while also slowly realizing that the city is struggling with the aftermath of World War II. Spies abound while communism is taking a foothold in French politics, and no one is who they seem. Mah charts the beginning of Bouvier’s long love affair with Paris as well as bringing the City of Lights to life post-World War II.

Cora’s Kitchen by Kimberly Garrett Brown – This epistolary novel set in 1928 Harlem stars Cora, a librarian at the 135th Street library, who longs to become an author. Langston Hughes is a library patron that has left for college, and one day she decides to write him a letter asking for advice on following her dream of writing. He writes back launching a correspondence that galvanizes Cora to pursue her literary ambitions. When Cora must take a leave of absence from the library to fill in for her cousin as a cook at a wealthy white woman’s home, Cora unexpectedly befriends her employer Eleanor, and the two enter into an alliance that will help them step outside the roles and expectations society places on them.

Gilded Mountain by Kate Manning - Set in the mining town of Moonstone, Colorado at the turn of the 20th century, this epic tale follows Sophie Pelletier as she comes of age as well as telling the story of coalminers and their struggles against ruthless mine owners during this time period. Sylvie loves writing essays in school and lands a job at the local newspaper owned by Miss Redmond, who started her own newspaper when no one else would hire her. Eventually though, Sylvie is offered a higher paying job as a secretary to the wife of the mine’s owner, Mrs. Padgett, and she sees how the wealthy live. As conditions at the mine worsen and violence seems inevitable, Sylvie tries to navigate between the two different worlds and struggles to choose sides amid conflicting relationships. Gilded Mountain explores the always relevant topics of coming of age, belonging, justice, equality, and family.

The Invincible Miss Cust by Penny Haw - From an early age, Aleen Cust loved animals and dreamed of working with them when she was an adult. But few women in the 1800s pursued such a career, and Aleen’s family was very much against this pursuit. Eventually, she goes against the wishes of her aristocratic family and enrolls in the New Veterinary College in Edinburgh where she encounters a variety of obstacles both from her family and her classmates that she must overcome, but she perseveres to become the first female veterinary surgeon in both Ireland and Britain. 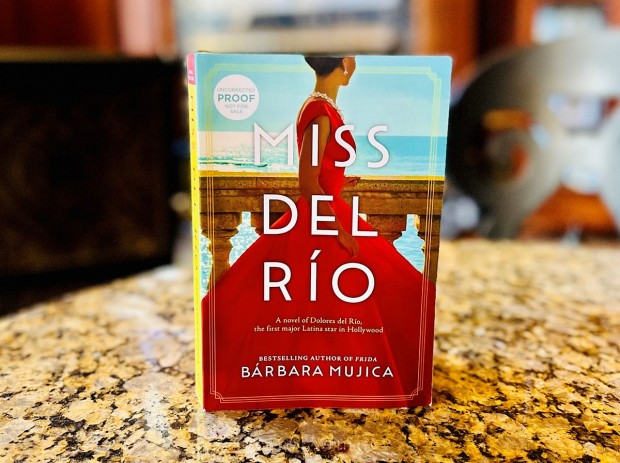 Miss Del Rio by Barbara Mujica - Miss Del Rio chronicles the life of famed Hollywood star Dolores Del Rio whose life spanned a number of pivotal moments in history including the Mexican Revolution, the Jazz Age, Golden-Age Hollywood, and World War II. Relayed through Mara, Dolores’ fictional hairdresser and close friend, the novel follows Dolores through a meteoric film career in Hollywood, despite intense racism directed her way, and an intense personal life which included numerous lovers and husbands, all amid the backdrop of wealth and privilege. When the war intensifies nativism in the United States and non-white stars are ostracized, Dolores finds she must return to Mexico to continue her career. Hollywood fans will enjoy the presence of other screen royalty including Marlene Dietrich and Orson Welles.

The Winter Orphans by Kristen Beck - Employed by the Swiss Red Cross, nurse Rösli Näf runs the colony of Château de la Hille, a dilapidated castle in Southern France, serving as the caretaker to over 100 refugee children who have fled the Nazis. When the Nazis invade that area of France, the children are once again in peril – especially the older ones, who once they reach eighteen face deportation and ultimately death. Rosli and volunteer Anne-Marie Piguet come to realize that the only way to save the teenagers is to ferry them out of France through Nazi-occupied territory. Using a mixture of real and fictional characters, Beck chronicles the trials and tribulations the women faced as they worked to smuggle the teens out of France to safety in neighboring countries.

I would love to hear the books in this genre that you have loved lately.