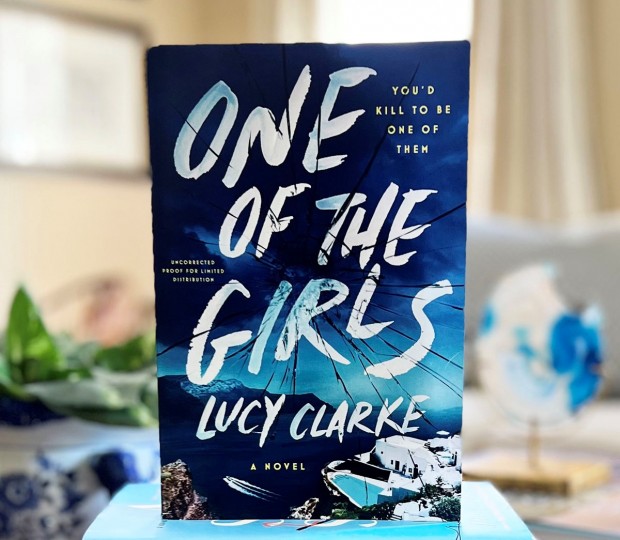 Looking to get spooked in October? Try One of the Girls by Lucy Clarke, a thriller about a bachelorette party with a murderous twist.

October is a time that people really enjoy reading thrillers – the cooler weather (though we have yet to see too much of that here in Houston) and Halloween seem to put people in the mood to read suspenseful stories. I have a love/hate relationship with thrillers, and I sometimes struggle with the genre a bit. Thriller writers must balance the need to create tension with making the story realistic enough to keep the reader’s attention and creating a resolution that is not obvious and does not involve having a villain coming out of left field. Striking that balance is hard to do.

When I do read a thriller that surprises me and/or includes realistic characters, I find myself tearing through the pages. Here are some of my favorites that I thoroughly enjoyed reading that make great October reads:

Dirt Creek by Hayley Scrivenor - Dirt Creek is a slow-burn mystery about the murder of a 12-year-old girl in a small town in rural Australia, and the repercussions on the community, its families, and the children living there. The story is told using multiple points of view punctuated by a Greek chorus giving voice to the town’s remaining children. Durton, nicknamed Dirt Creek, is a small town whose residents are hiding numerous secrets. When 12-year-old Esther doesn’t return home after school, Durton’s residents are sent into a tailspin obsessing about how such a thing could happen in their town. When the police arrive and begin working the case by organizing searches with local volunteers and interviewing everyone in the town, it quickly becomes clear that everything is not as it seems. Scrivenor weaves an engrossing tale of being in the wrong place at the wrong time, and of how the choices we make have long-lasting consequences.

Don’t Look For Me by Wendy Walker - Molly Clarke disappeared one night with scarcely a trace, and her family doesn’t believe that she chose to walk away from them and the tragedy that defines them all. When a new lead surfaces soon after the investigation stalls, Molly’s daughter Nicole decides to investigate in the poor, decrepit town where her mom was last seen. Alternating between Molly’s and Nicole’s perspectives and shifting back and forth in time from day 1 of the disappearance and day 14 as Nicole launches her own search, the story rapidly unfolds as the reader learns more about Molly, Nicole, and the creepy town of Hastings and its inhabitants. Don’t Look For Me is Walker’s best thriller yet, and the twists and turns kept me on the edge of my seat until the clever and satisfying resolution.

The Last Flight by Julie Clark – The Last Flight is a high-octane thriller that begins with a bang and never slows down. Two women eager to flee their own lives agree to swap tickets for their flights at the last minute: Claire gives Eva her ticket to Puerto Rico and takes Eva’s ticket to Oakland. When the flight to Puerto Rico crashes into the ocean, Claire realizes she must assume Eva’s identity to survive, but quickly learns that Eva was not who she claimed to be. Toggling back and forth between the two women, the story rapidly unfolds revealing jaw-dropping twists and turns that you will not see coming. The Last Flight is indisputably the best thriller that I have read in ages – Clark skillfully blends great characters, beautiful writing, and a superb mystery, and I loved racing through it. 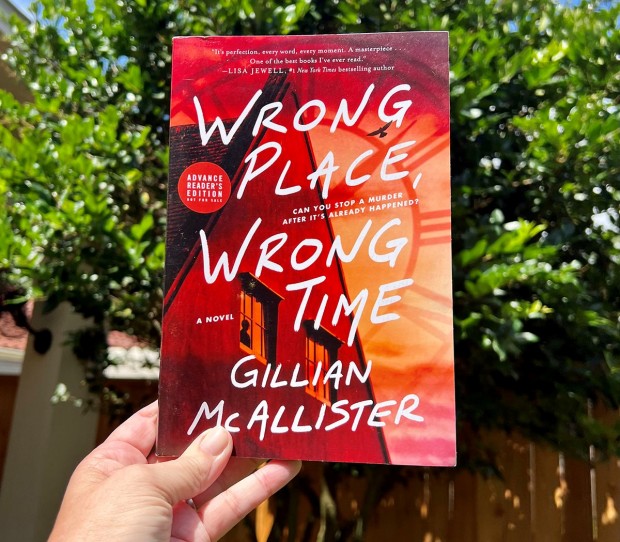 Wrong Place Wrong Time by Gillian McAllister is a thriller that asks what turns someone into a murderer.

One of the Girls by Lucy Clarke – Set on a fictional Greek island during a bachelorette party, One of the Girls follows six women who slowly realize they are stuck on the island with a murderer. Lexi invites five women to celebrate her upcoming nuptials, an eclectic group who all know Lexi well but who are not really friends with each other. They all have their own agenda, and as the story progresses, the women’s secrets are revealed as it slowly becomes clear that someone does not want Lexi to get married. The short chapters, stellar pacing, and sun-filled setting combine to make this page-turning thriller a compelling read.

Wrong Place Wrong Time by Gillian McAllister – As the book opens, Jen witnesses her 18-year-old son Todd murdering a complete stranger in the middle of the night right in front of their house.  Devastated that her son, with whom she is close, has taken someone’s life, Jen cries herself to sleep on her sofa. The following morning, Jen wakes up anxious to begin understanding why her son committed this horrific crime but instead finds herself not on the morning after the crime, but the morning before it happened. Each night she goes to sleep, she wakes up further back in time. Jen begins to realize that each day she lands on is teaching her something about the events that lead up to her son’s actions as she continues to search for why this all occurred and more importantly search for how to stop it from happening. Wrong Place Wrong Time is an intelligent and compulsive read that kept me turning the pages through all sorts of twists and turns and is the best thriller that I have read in a long time.