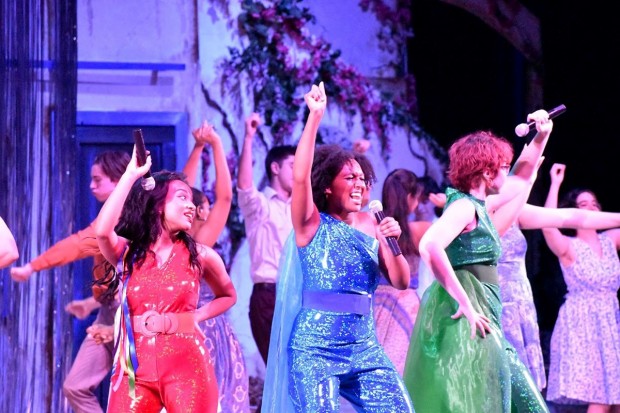 Every fall, a buzz of excitement hums through the air in the downtown campus of Kinder High School of the Performing and Visual Arts as the entire school assembles for the annual all-school musical. One of the biggest events held at the school, all-school musicals allow students from different art departments ranging from creative writing, dance, visual arts, instrumental, vocal, and theatre to showcase their talents in a big-scale production.

This year, the all-school musical is Mamma Mia!, a musical filled with some of ABBA’s most titular songs. A production filled with mood-boosting 70s music and upbeat choreography, Mamma Mia! has been a collective effort of over 100 students working tirelessly to bring on a truly stunning performance. 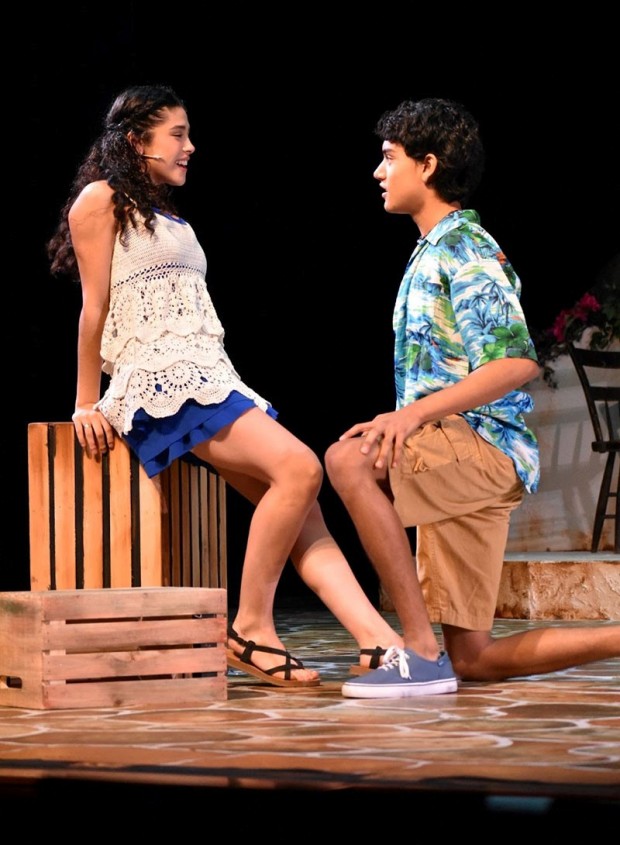 Myranda Sanchez (left) as Sophie and Jacob Lopez (right) as Sky perform Lay All Your Love On Me by ABBA (Photo: Ewa Brinker)

The musical, set in the islands of Greece, follows Sophie, a soon-to-be-bride, on her quest to find her father. After reading her mother Donna’s diary, she secretly invites Donna’s three ex-boyfriends in hopes of finding her potential father: Harry, Bill, and Sam. Donna is occupied with the busy planning of Sophie’s wedding, taking care of her taverna, and the sudden visit of her ex-boyfriends all at once is the last thing she needs. Mamma Mia! leaves the audience on the edge of their seats for more: will Donna be able to rekindle her love once again, and will Sophie find her father in time for the wedding?

Kinder HSPVA students took their own special spin to the musical, making it their own by creating every component of the show themselves; from costumes to choreography, much was an intense, creative, collaborative process. 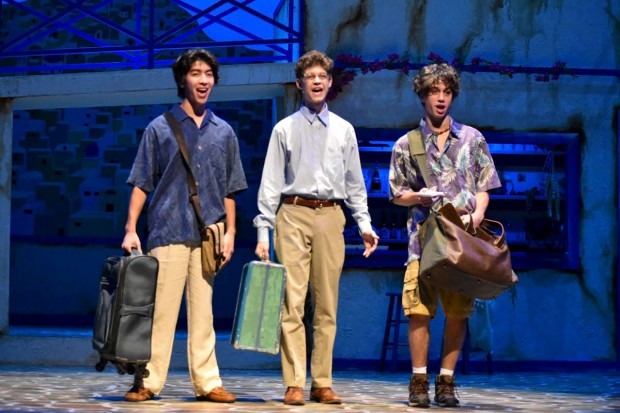 From backstage, students were able to get involved with the behind-the-scenes process such as acting as a stage manager, running publicity, working in the tech station, and more. “I had a great opportunity to connect with actors and learn about a branch of an art form I love that I haven’t explored before,” said Ash Anderon, who was involved with hair and makeup.

The main characters stunned the audience with their acting and vocal skills, and their dynamic was simply incredible. Also the show was musical theatre, the cast came from various backgrounds ranging from the vocal to the creative writing department. “As a Creative Writing major at HSPVA, being able to collaborate with people from other art areas and represent my department was such a delight,” reflected Quentin Pham, who played Sam Carmichael. “The community that’s built, the warm-hearted response, and the irresistible tunes of Mamma Mia! made all the weekend rehearsals and late nights worth it.” 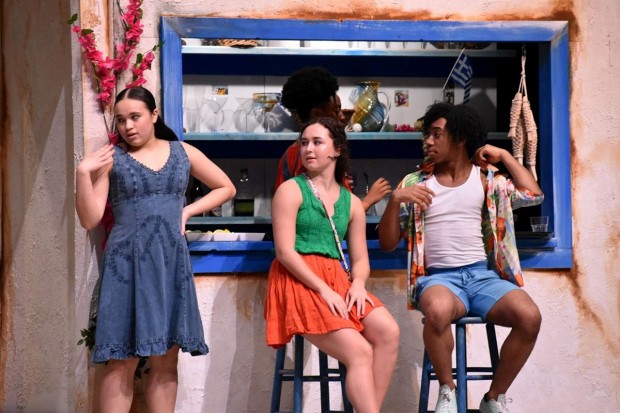 On the stage, the main characters were joined by an ensemble. Consisting of supporting characters and a group of dancers that livened the atmosphere, the ensemble helped create the island’s busy yet idyllic life to life.  “It was my first all-school musical, so I had never done something like this before,” said Mari Zubire, “The community and feeling of family was so strong and so loving. I’m going to miss this experience. As part of the ensemble, I got more opportunities to connect with not only the main cast, but also the tech crew, band, and others, and I’m very grateful for that.” 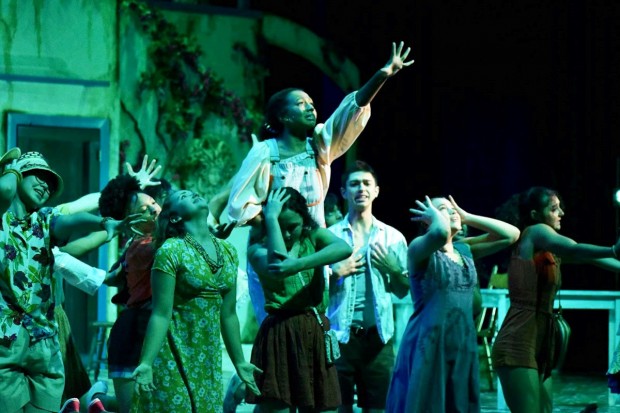 Also making the magic come to play on the stage were the stage band, composed of various instruments such as piano and guitar.  “It was a fun experience and the best moment of my life,” said Miles Oppinger.

The collective effort of the students made the show an unforgettable experience. There is nothing quite like the mood-lifting, soul-touching music of ABBA paired with the beautiful sceneries of Greece, and Mamma Mia! proves just that with the addition of Kinder HSPVA’S unmeasurable talent.