Homecoming was back with a bang at Kinkaid. 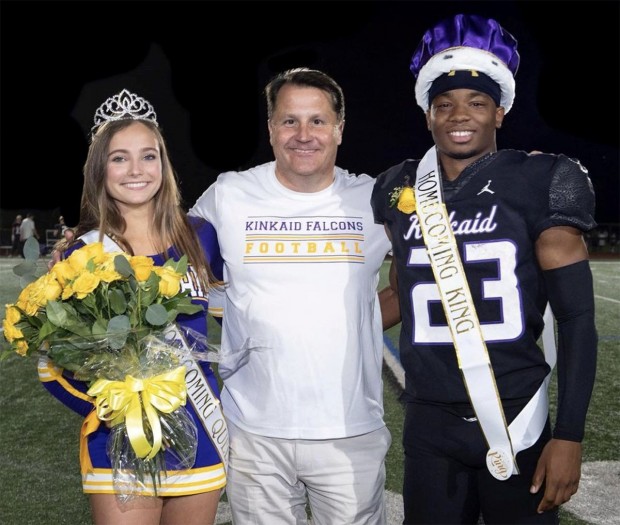 Homecoming is a special time at any school, but this year, it was especially so at Kinkaid. 2022 marks the first time in three years that the homecoming dance was fully “back to normal,” with the game at full capacity and the dance hosted in the Doggett Gym and with all four Upper School grades in one space.

Though they fought hard, the Falcon varsity football team fell short to the Episcopal Knights in the homecoming football game on Friday, Oct. 21. At halftime, the score was 21-0.

The Falcons were able to regain composure in the second half, and in the fourth quarter, Kinkaid made a momentous comeback. Senior and Notre Dame commit Micah Bell scored Kinkaid’s first touchdown of the night.

After Bell’s touchdown, Kinkaid attempted an onside kick and miraculously recovered the ball. Once again, the Kinkaid offense led by Bell and junior Miles Roeder scored a touchdown. The Falcons successfully attempted a two-point conversion after the touchdown. The final score was 21-15. 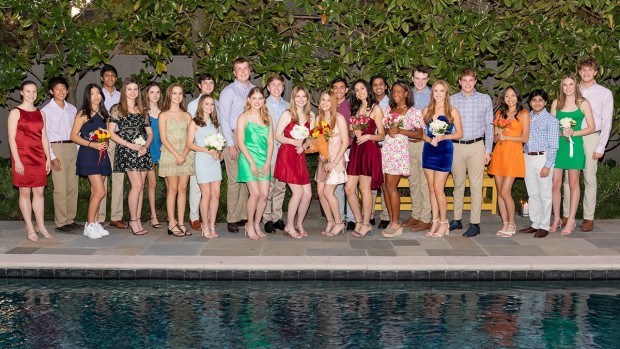 A group of juniors poses at a pre-party prior to the homecoming dance. (Photo: Eshaan Mani)

The other girls on this year’s court were Mia Abello, Hope Haynes, Lucie Kunetka, Mae Montgomery and Sarah Grace Raynes. The other boys on this year's court were Jaisal Kapalatapu, George Kinder, Watt Muir, Jaivir Pande and Gardner Watson.

“It is pretty honorable to be elected because I know a significant number of my peers saw good enough qualities in me each day, so I am happy to represent my class,” Kinder said.

On the evening of Oct. 22, students gathered at friends’ houses or restaurants across Houston for photoshoots and dinner. Dates exchanged boutonnieres and nosegays and spent some quality time with friends. Then, students drove to the dance.

This year, the theme for the homecoming dance was Hollywood, and students were greeted by a red carpet and paparazzi cutouts with flash lenses. Students danced the night away, and they greatly enjoyed the homecoming festivities.