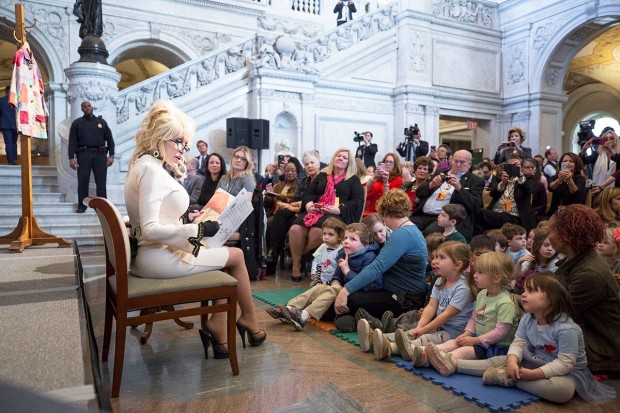 Legendary singer-songwriter Dolly Parton may be famous for her “way up there” blonde hair and for “working 9-5,” but she has shared that one of her proudest achievements is her Imagination Library (DPIL) program. The national young children’s book-gifting program, founded in 1995, mails more than a million free books each month to children around the world. Dolly was inspired to start the project in honor of her dad, who never learned to read or write.

“I created the Imagination Library as a tribute to my Daddy. He was the smartest man I have ever known but I know in my heart his inability to read probably kept him from fulfilling all of his dreams," she wrote.

Houston is lucky enough to have a Dolly Parton Imagination Library presence in our communities thanks to three local nonprofits with a heart for literacy: The Rotary Club University Area, The Weekley Family YMCA Early Childhood Literacy Task Force, and Books Between Kids (BBK). 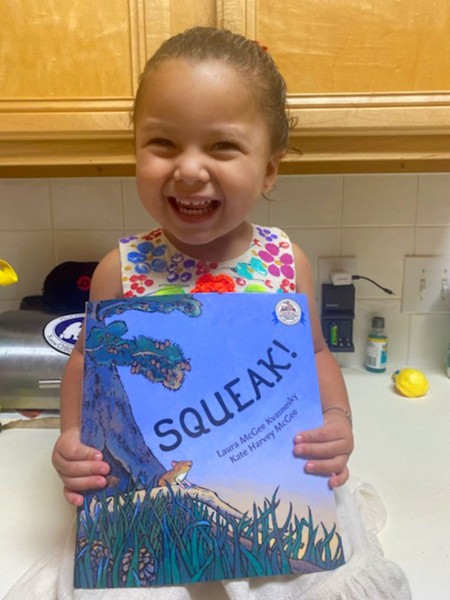 This preschooler was all smiles discovering the latest book she received from the Dolly Parton Imagination Library.

According to the Barbara Bush Houston Literacy Foundation, 60 percent of Houston-area children enter kindergarten each year lacking requisite reading skills. Of the 75 most populous cities in the United States, Houston was recently ranked 56th, with number 75 being the least literate. A literacy problem impacts the long-term well-being of our city.

One of the main goals of the Houston DPIL group is to solve literacy challenges for at-risk children by providing quality age-appropriate books to improve reading skills to help increase success in school and life. In 2015, G.V. Krishnan and the Rotary Club of University Area launched the first Houston DPIL communities. The group sponsors enrollment for children in four southeast Houston zip codes. As other groups have joined DPIL, G.V. has welcomed and mentored them.

The Weekley YMCA Early Childhood Literacy Task Force has worked on many community projects like providing reading tutors (West University Methodist and YMCA volunteers) to nearby Shearn Elementary. Led by Dave Agerton and Tom Friedman, the task force sponsors four zip codes near the Weekley YMCA including the YMCA’s apartment outreach center, Gulfton, Sharpstown, and the area around Shearn. 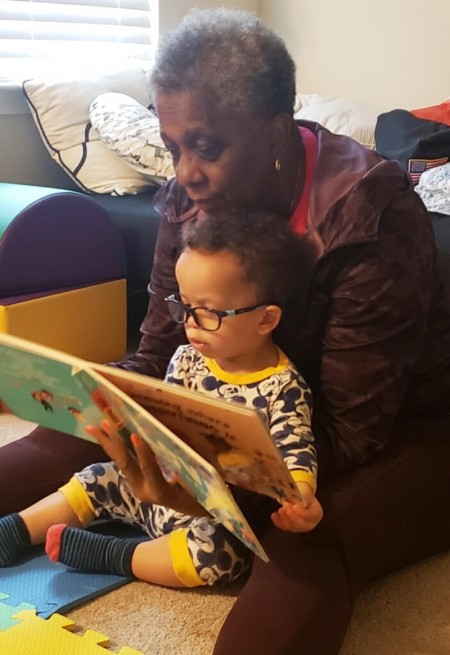 Young readers love when people sit down to read a book with them.

Books Between Kids (BBK) launched a decade ago with River Oaks Elementary families collecting gently used children's books to donate to schools. BBK partnered with DPIL to facilitate books getting to children before kindergarten. Executive director Kayla Hand and her team oversee eight zip codes on the east side of Houston.

A BakerRipley Houston parent, who asked to remain anonymous, shared, “Our toddler loves receiving her books! She finds joy in walking to the mailbox to get her ‘surprise mail.’ Sometimes we read, sometimes we look at the pictures and sometimes she finds joy in picking up her books and creating her own story.” 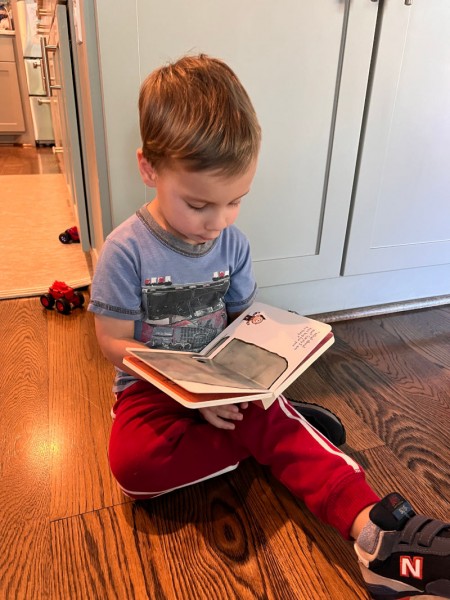 Three-year-old Sam immersed in a book.

Thanks to the 13 Grammy Award winning Dolly Parton, the Rotary Club Houston University Area, the Weekley YMCA Literacy Task Force, and Books Between Kids, Houston kids and their families will be happily humming and reading right along page by page.

Parents can enroll their child, from birth to age 5, in the DPIL here. If the family home is located in a sponsored zip-code, the child will become a member of the DPIL upon registration.

Geeks Who Drink Trivia Night at The Maple Leaf Pub