Who is Eric Kerr-Heraly?: IWA Teacher Competes on ‘Jeopardy!’ 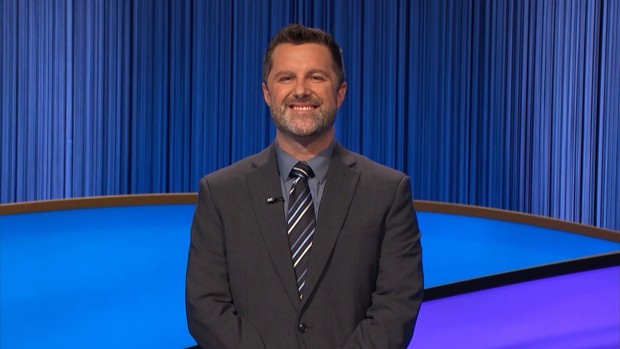 Eric Kerr-Heraly, who teaches at Incarnate Word Academy, knows trivia. He’s been a fan of the popular quiz game show Jeopardy! for as long as he can remember, he said. Growing up, he would watch the show after school and answer as many questions as he could. His mom would tell him he should be a contestant one day. Finally, when he was in his late 20s, about 15 years ago, he started trying out to appear on the show. 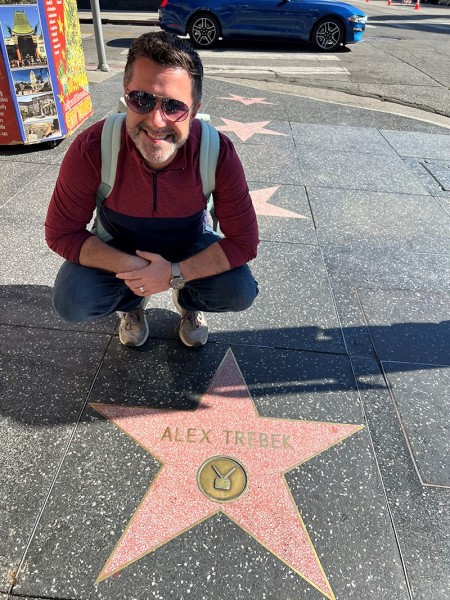 Eric Kerr-Heraly has been a fan of Jeopardy! for as long as he can remember. Here, he’s all smiles with Alex Trebek’s Hollywood star.

Along with frequently watching Jeopardy!, he practices his trivia skills just about every Tuesday with trivia night at Watershed, which draws a “fun group of regulars,” he said.

Over the years, he had two in-person auditions – one in Dallas and one in Houston, just before Covid. (He lived in England for seven years with his wife, Lauran – his daughter was born in London – so he didn’t try out for Jeopardy! during that time.) This past summer, he had another audition via Zoom, when he and his family were vacationing in Paris. Finally, he got the call: He would be competing on Jeopardy!. He was shocked and excited. 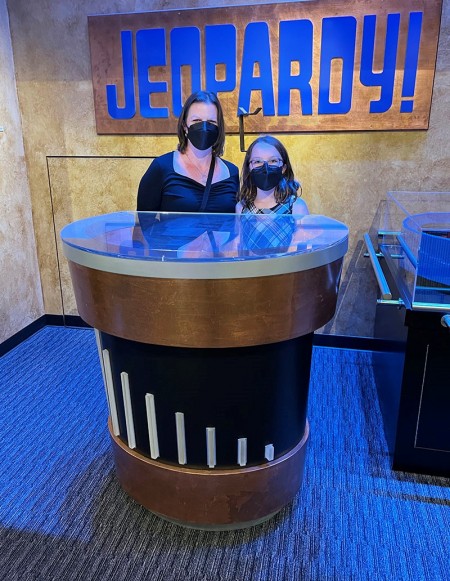 Eric’s wife, Lauran, and daughter, Daphne, cheered him on as part of the audience when the episode was being filmed. Here, Lauran and Daphne are pictured in the studio lobby.

His IWA students were thrilled to hear the news, too. They all knew it had been his longtime dream. In fact, last year, during the senior’s year-end parody show, students performed a skit about him and Jeopardy!. At the start of this year, another group of students made a sign for him with his name in a mock Jeopardy! font. Since the school found out he would be competing on the show, students have been working hard to get him to spill the beans, but he has kept the results secret.

The week before Thanksgiving, Eric and his wife Lauran, along with their 9-year-old daughter Daphne, drove to LA for the filming. Lauran and Daphne were in the audience.

The episode will air this Friday on ABC-13, 11:30 a.m. The Incarnate Word Academy community will root for their beloved teacher at a school watch party. Eric and his family will watch the show at IWA and, later that evening, they’ll watch a recording of the broadcast with friends and family at Westbury UMC.

“If anyone else out there is trying to get on Jeopardy!, my advice is to just keep trying and preparing,” he shared in an email. 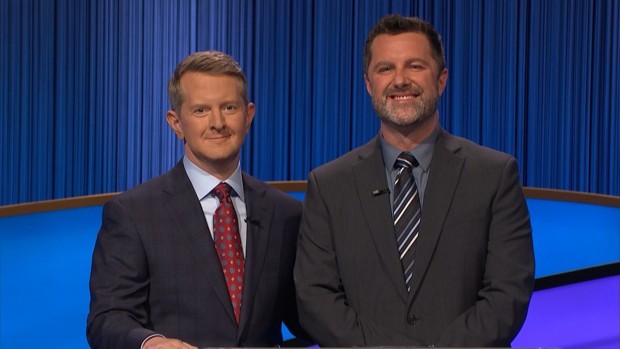 Who is Eric Kerr-Heraly? A Jeopardy! contestant we’re all rooting for this week!

Feast from the East