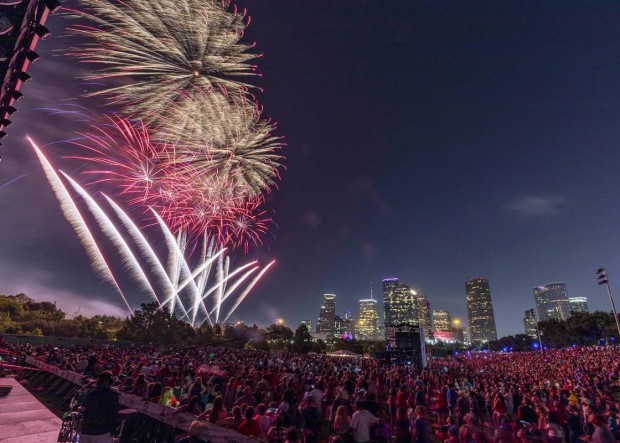 Following two years of a reimagined celebration, Houston’s Official Fourth of July Celebration, Shell Freedom Over Texas, returns at full capacity. Houston’s annual July 4th event will feature live music and activities for the whole family. Opening the Shell Main Stage will be Step Rideau and the Zydeco Outlaws, followed by country sister duo, Walker County and then rapper, singer Blanco Brown, known for his popular song, “The Git Up.” Then country music band, Sawyer Brown will heat up the stage before headliner, Clay Walker performs. The live performances will be followed by extraordinary fireworks courtesy of Shell.

Houston-area native and country music star Clay Walker has sold over 11 million albums; had 11 No. 1 hit singles, four RIAA Platinum and two Gold certified albums. He will treat Houston to a hit-packed set that highlights chart-toppers such as “Live Until I Die,” “Rumor Has It,” and “She Won’t Be Lonely Long.” His set will also include his latest single, “Need a Bar Sometimes” that has almost 20 million on-demand and video streams.

This year’s festivities at Eleanor Tinsley and Sam Houston Parks on Buffalo Bayou (along Allen Parkway) include the Walmart All-American Kids Zone, a children’s entertainment area with a stage featuring performances for young and old, alike; the Bud Light Seltzer Summer Sizzle, featuring a fun in the sun good time; the Dr Pepper Cool Zone, featuring Houston professional sports teams, live music and food; Liberty Park featuring Symbols of Freedom, the Space City Experience,  a salute to all five branches of the military; and, an exciting fireworks finale to end the evening.