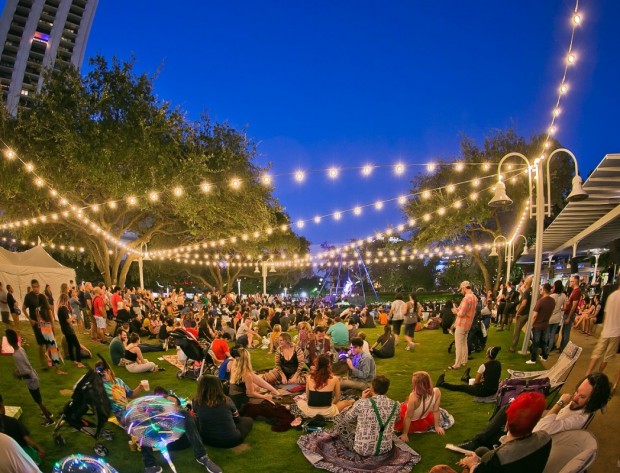 The Downtown District hosts free film screenings under the stars on the first Wednesday of each month this spring and summer. Blankets and lawn chairs are encouraged. See below for the movie schedule.

Anchorman
Wednesday, March 4, 8 p.m.
PG-13, 2004, 1h 34m
Ron Burgundy is San Diego’s top-rated newsman in the male-dominated broadcasting world of the 1970s, but that’s all about to change for Ron and his cronies when an ambitious woman is hired as a new anchor.

Harold & Kumar Go to White Castle
Wednesday, May 6, 8:30 p.m.
R, 2004, 1h 28m
A Korean-American office worker and his Indian-American stoner friend embark on a quest to satisfy their desire for White Castle burgers.