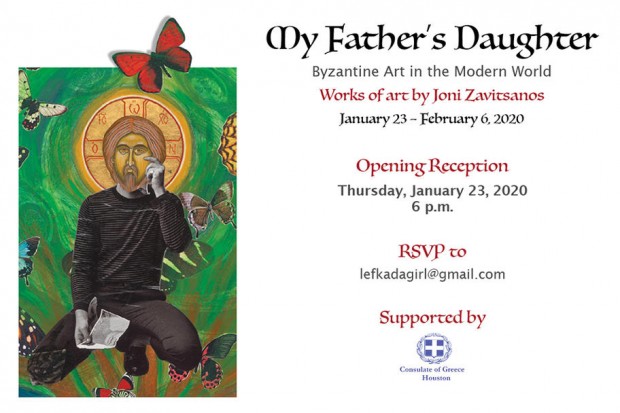 Native Houstonian and Greek American Joni Zavitsanos employs ancient and Byzantine motifs juxtaposed with modern imagery to create uniquely contemporary art. Her work- a modern approach to Byzantine iconography, the earliest form of Christian art- demonstrates how visual motifs with roots in the distant past retain their relevance through time. Zavitsanos’ mixed media creations challenge the rules of traditional iconography by incorporating recognizable modern day faces and facial expressions displaying relatable human emotions and imperfections. She strives to make art a vehicle for teaching people about faith and meaning in life.

"My Father’s Daughter: Byzantine Art in the Modern World" is a special exhibition for Memorial-based artist Joni Zavitsanos, as it chronicles the work of her late father, renowned Byzantine iconographer Diamantis John Cassis, side by side with her own. Her father was on a quest to create meaningful, edifying art. Using the principles of Byzantine iconography, a structured art form used to depict biblical themes in Orthodox churches, he created both ancient and modern imagery that is still heralded for speaking to audiences in a unique and didactic way. Joni has followed in her father's footsteps, recreating the ancient imagery of the Byzantine era into a modern statement for today’s society. As a contemporary artist, she aims to depart from the constraints of iconography to create works that are more relevant to the present era, while remaining spiritually meaningful. 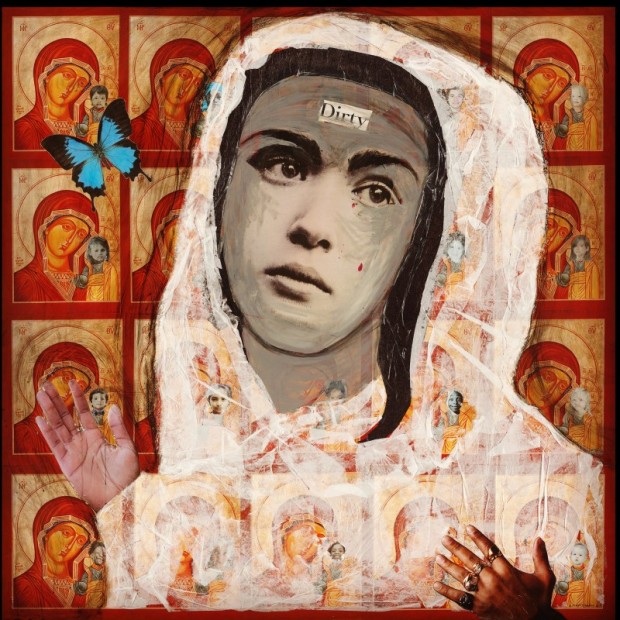 Joni's late father, renowned Byzantine iconographer Diamantis John Cassis, created meaningful works of art that are still heralded today for moving audiences. She follows in his footsteps, recreating the ancient imagery of the Byzantine era into a modern statement for today’s society.

She was recently bestowed an Archon award, the highest honor given to a member within the worldwide Greek Orthodox Church, for her work in educating people about the Orthodox faith and history through her art. Her works have been shown internationally, and most recently, at Fordham University’s Museum of Greek, Etruscan and Roman Art in Bronx, New York.

She Has Hope 4th Annual "Taste of Hope" Gala