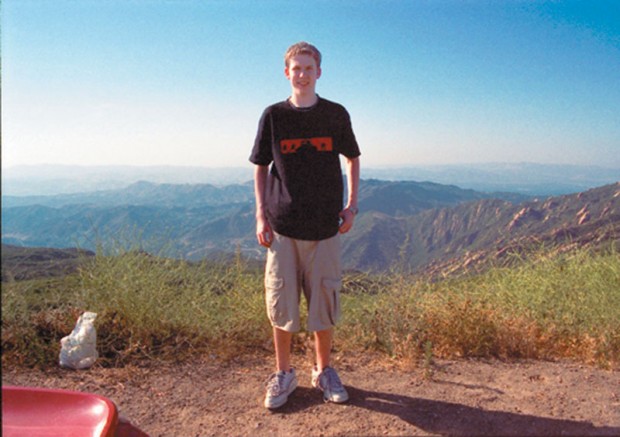 Warning:  The story you are about to read does not support the parental theory that children are wasting time in front of video games.

If Andy Gentile, a Bellaire High School senior, is asked to write an essay on what he did over his summer vacation, his teachers may not believe his answer.  Andy spent his summer in Woodland Hills, California where he was recruited by NEVERSOFT Entertainment, makers of his favorite video game, to help in the creation of the latest and greatest Tony Hawk 5 video game, titled “THUG,” short for “Tony Hawk Underground.”

For 34 days (and they asked him to stay longer) he was put up in a hotel, fed meals and paid $8.00 an hour to spend the day playing video games.  For a boy of his age, it was video game heaven.

“My job here is to find bugs, verify bugs, make suggestions, tweak physics, help people when I can, and to just test the game as much as possible and mention to people what I think needs to be taken out, what needs to be put in, how ‘this or that’ needs to be like ‘this’, etc.,” said Andy.

This is not the first magazine article on Andy.  Last year he was featured in an article in EXPn Magazine, announcing the newest wave of video games enabling players to compete with one another online.  Andy developed a reputation as one of the best by playing people all over the globe, from the U.K to Hawaii.  EXPn reported that Andy “led national ratings” in the latest Tony Hawk game at the time.

His success led to online chats with NEVERSOFT production testers.  “People with NEVERSOFT would visit the (message) board almost religiously, and they’d make friends with the people on the boards and ask for opinions and suggestions on the game, and they would actually take them into consideration, and many of them were actually implemented into the game.  I think it’s really amazing what the community has done for the game, and what the game has done for the community,” said Andy.

NEVERSOFT employee Beth Sanborn says that hiring a kid like Andy is not exactly a standard practice of the industry.  It was a first time experiment.

“I’ve never heard of a company doing this.  It was just a suggestion from a program tester, Kirt Gutierrez.  He got to know Andy through messaging and suggested we bring him in.  Andy was amazing to watch. He’d sit and play and draw a crowd of employees around who just couldn’t believe what he was able to do with their game,” says Sanborn.

What Andy’s father, Philip, finds amazing is that his son who “plays video games too much” has opened himself up to the job market and a future career in one of the fastest growing, youngest, hippest businesses around.  NEVERSOFT has already created a “virtual Andy” that will appear in games, a company practice for everyone who works there.

“THUG” will be out in a store near you sometime in October.  If you want to find Andy in the game, go under Creative Skater and put in the name Andy Gentile, and up he’ll pop!

“I used to tell my son that if he didn’t stop playing video games he would become one…and he has,” said Philip Gentile.