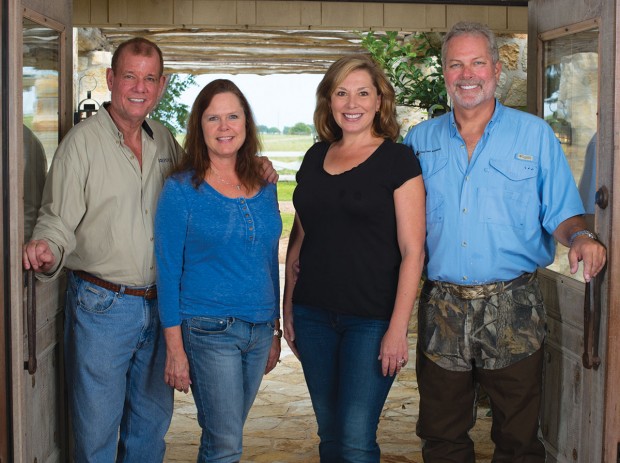 When you turn city folk loose in the country, fun things happen. An urban grandma slices fishing worms in half with her professionally manicured nails. A teenage girl fond of Instagram trades her iPad for a BB gun and targets lily pads while her online-gamer brother reads novels in a hammock. A husband ditches TV football games for long walks, carrying a massive walking staff worthy of Moses.

These transformed souls are all my family members. And it turns out that I like to fix fences. Out there, my hammer is a tool of power. The hammer in our junk drawer in town is just a sullen reminder of the to-do list.

We live within walking distance of car-choked 610 and 59. But thanks to my parents’ property one hour north of downtown (225 acres known to their bass-fishing clients as Quantum Lakes) we lay partial claim to a country home too.

We’re among the many city dwellers who have discovered their inner country.

Listen to Alisa Hoffman describe her husband at their family’s New Ulm farm – the 50 acres they share with sister Lori and Dale Wilkins came with 30 goats and a corresponding agriculture tax exemption.

“Larry has never cut our grass, but when we get there, the first thing he does is jump on that riding lawnmower. He has never fed a dog or a cat here at home, and he gets up at 7:30 a.m. to feed the goats; he even grinds the corn for them.”

While Tri-Tech Surveying president Larry checks off projects, retired pharmacist Alisa reads under a 300-year-old oak tree. “In Bellaire, we don’t spend a lot of time outside because it’s hot and the only view is a redwood fence 20 feet away.”

Her teenage son Brennan brings friends to fish, shoot and go four-wheeling. “My daughter [Lauren] likes to go shopping in Round Top,” says Alisa. “You can take them out of the city, but they’re still who they are. She’s a city girl.”

These days, says Amanda, there’s more time for visiting with friends. Real visits – not just waving as you pull in your driveway. When they return home, kids Stephanie and Carson have tales about skeet shooting, fireworks, donkeys, chickens and pregnant cats. And snakes. Sixth-grader Stephanie likes to catch them for pets. 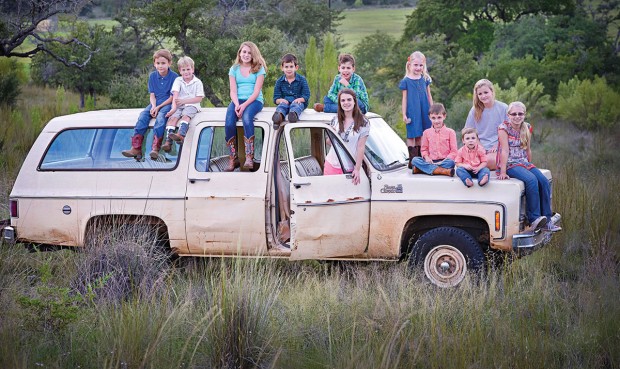 When financial planner Molly Ward heads to her family’s ranch near Johnson City, she hangs up her Armani and changes into her Tevas – or, in snake season, Lucchese rose-vine boots, despite husband Wesley’s protestations that the Luccheses are not ranch wear.

Molly says the country is “a natural playground of water, rocks, hills, trees, a treasured find like an arrowhead,” a place of imagination. “As a child, the escape was a lesson of independence and growing up close with my cousins,” she says.

“I love returning from the ranch with an especially dirty SUV. To me it is a badge of adventure. I refuse to take it to Mr. Car Wash until the next oil change is due.”

A second home in the country can have its drawbacks, like any house. Pantries to stock, repairs to make, acres to mow, feral hogs to deal with. And when you can’t get there enough, there’s the guilt of underuse. Many owners say the magical distance is 1 hour and 15 minutes. Far enough for vacation but close enough to dash home, especially if you’re a doctor. 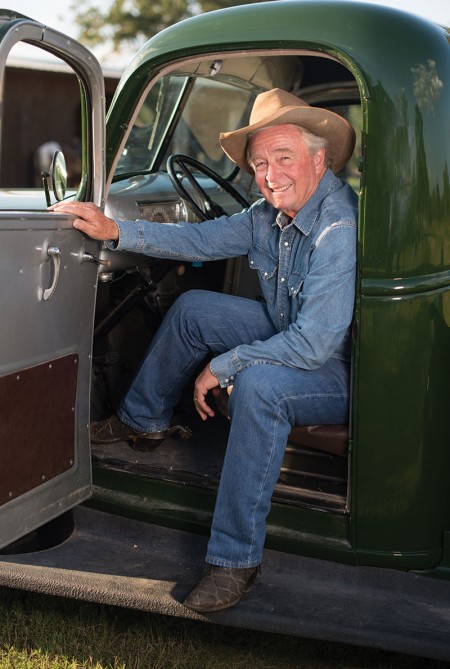 At his ranch, Dick DeGuerin trades a high-intensity law office for country living and a 1946 Chevy truck his wife gave him for his 60th birthday. (Photo: Kevin Long, www.gulfcoastshots.com)

Or a criminal defense attorney, like Dick DeGuerin, who has a city home in Southampton.

He and artist wife Janie’s 150-acre ranch near Burton is “close enough to get to town for emergencies but far enough so I can hear crickets and nightingales.” There are other critters too: prized Longhorns, not-so-prized fire ants.

In Houston, where he has defended the likes of Tom DeLay, David Koresh and Robert Durst, life is intense. Even exercise is no leisurely stroll – he runs stairs at Rice Stadium with a personal trainer.

At the ranch, he rides horses, plays guitar (Guy Clark tunes) and reads lots of books (recently, 1453: The Holy War for Constantinople and the Clash of Islam and the West). He likes good food and heads to Burton’s The Brazos Belle, whose French chef was at Houston’s Four Seasons. Fine food or not, he says, country life suits him.

“At the office, it’s button-downs and Brooks Brothers,” he says, “and when I get to the ranch, it’s button-fly Levi’s.” 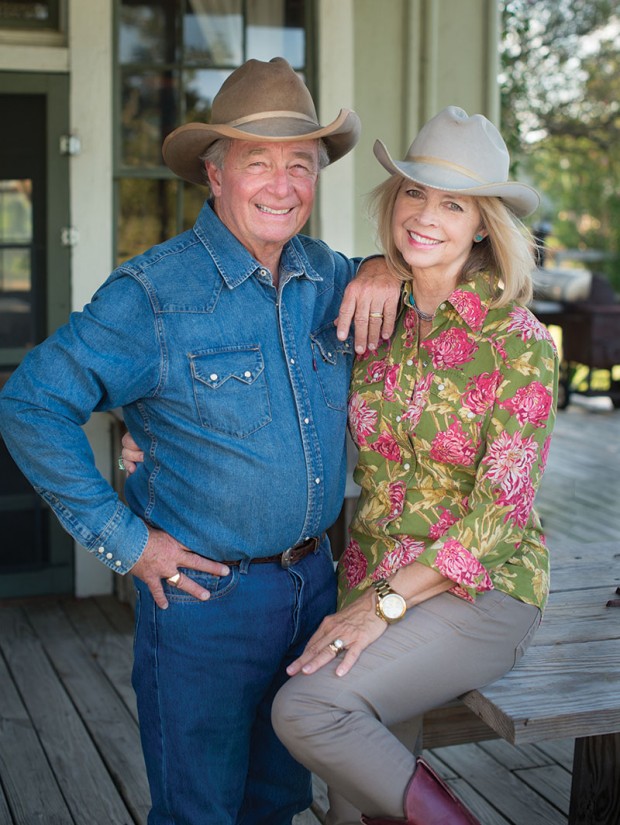 Lawyer Dick DeGuerin and artist wife Janie have a 150-acre ranch near Burton. One house on the property is a remodeled railroad depot. (Photo: Kevin Long, www.gulfcoastshots.com) 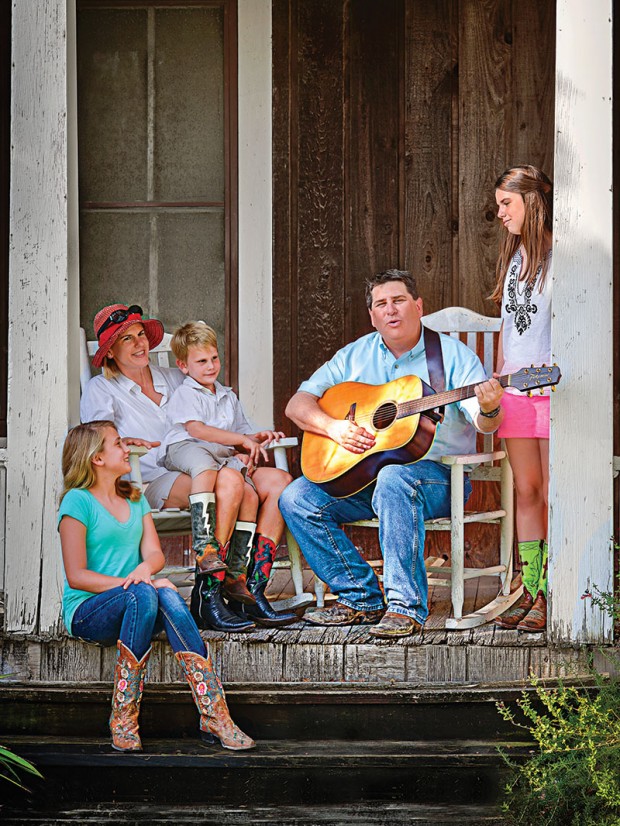 Wesley Ward's Spanish version of the Gilligan's Island theme song is popular on the ranch. Here he is with his wife Molly and kids Ava (sitting on porch), Wylie and Lily (standing). (Photo: Jennifer Hancock, www.jennyhartgrove.com) 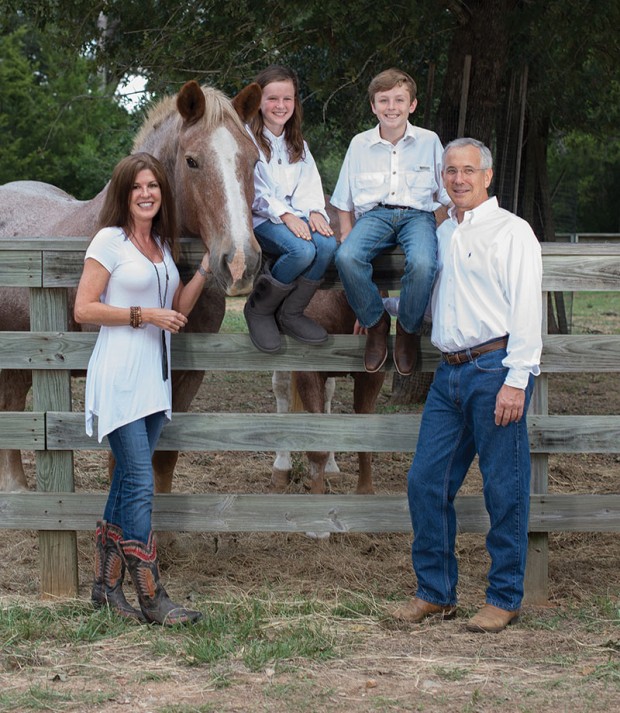 Amanda and Steve Hesse, and their children Stephanie and Carson, have lots of critters on their New Ulm ranch. (Photo: Kevin Long, www.gulfcoastshots.com)