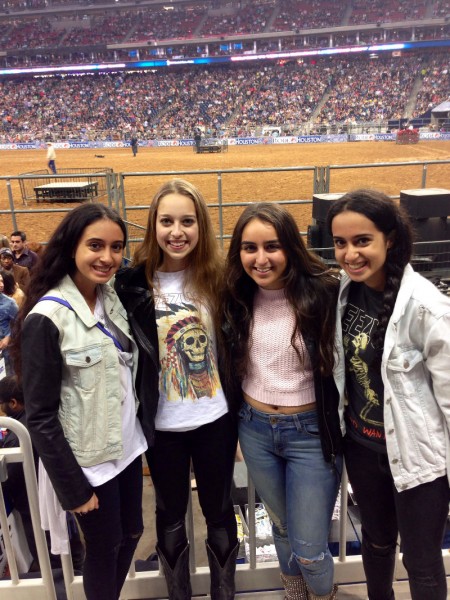 The Buzz welcomes our spring interns, Melissa Darlow and Kayla Roseman, both seniors at The Emery/Weiner School who are spending the week with us for hands-on learning. Melissa has a passion for working out, eating healthy and plans to major in Nutrition in college. Kayla is interested in writing and plans to major in Psychology. Emery assigns the senior class to choose a week-long internship each year. Kayla and Melissa chose to intern at The Buzz Magazines because of their enthusiasm for writing and because they were interested in what happens behind the scene at the Buzz. The Buzz discovered that both Melissa and Kayla attended the rodeo recently with out-of-towners. Read on to learn about their experiences bringing visitors into Houston rodeo traditions.

Melissa Darlow Straight from NYC, I had three of my best friends come and visit the Houston Livestock Show and Rodeo. Walking through the carnival was a complete culture shock to them. Never before had they seen such long lines to purchase outrageous foods that were deep fried or attached to a stick. Seeing bejeweled cowboy hats and swanky cowboy boots was a foreign sight to my trendy New Yorker friends. Between the numerous fun houses and crazy coasters, this was unlike any carnival they had ever attended on Long Island. The biggest shock of all came during the livestock show. My friends’ bewildered faces made up for their lack of words. They were extremely disturbed and confused by the untamed interaction between humans and animals. To me this was just another form of entertainment, but to the untrained eye this was a foreign experience caused by some crazy Texans. 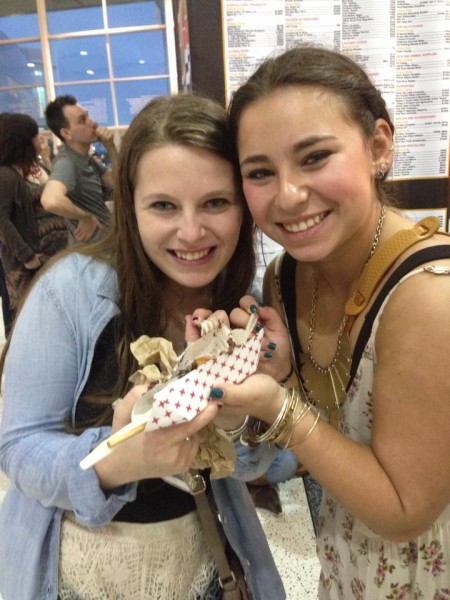 Pictured (from left) are Kayla Roseman, from Houston, and her friend Samantha Pine, from New Jersey, enjoying a unique Houston rodeo dish.

Kayla Roseman Coming from New Jersey, my friend, Samantha Pine, had never even heard of the Houston Livestock Show and Rodeo. We met on a teen tour in Spain this past summer where I explained to her how everyone in Houston anticipates the weeks in March when Reliant Stadium transforms into a fun-filled attraction for people of all ages. After hearing about all the outrageous fried foods, delicious barbecue, thrilling carnival rides, and unique livestock show events, she decided she had to experience it for herself. Walking into the carnival filled with bright lights, blasting country music, and embellished cowboy boots, Samantha felt slightly overwhelmed when trying to take in the true Texas culture. After we walked through all the booths with exotic fried foods, we decided to get Nutella covered in batter and deep-fried. After her first bite, she could not stop raving about the delicious and creamy dessert. Samantha has already said she cannot wait to come back next year and try even more fried foods.