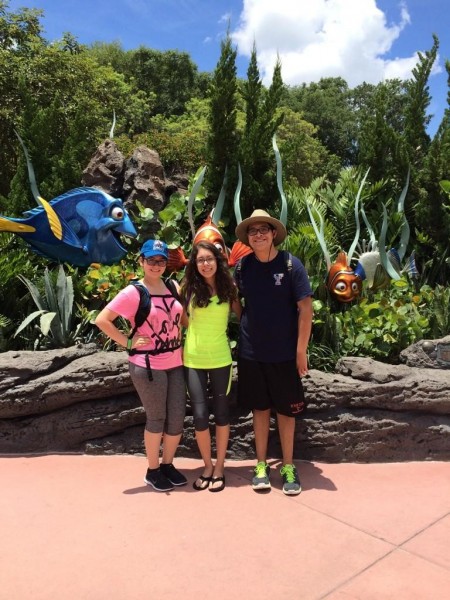 Cameron visited Orlando, Florida from July 8-14 with his friend Josie Diaz and her family. Over the course of the trip, they explored Disney’s Magic Kingdom, Animal Kingdom, Epcot, and Hollywood Studios, as well as Universal Orlando. Of the five parks visited, his favorite was Universal Orlando because he liked seeing Harry Potter World’s “Diagon Alley.”

Cameron said, "Waiting in line for the new Harry Potter for five hours was treacherous, but it was well worth the wait.” He had very high expectations prior to the trip because he knew how diverse Disney World was and filled with fun and excitement for people of all ages. "I actually got to experience the diversity and fun of Disney World firsthand," said Cameron, "The scenes were amazing and the atmosphere was filled with excitement.”

Cameron thoroughly enjoyed the trip, however, he was disappointed to hear that there was not a musical or production of the movie Frozen. He strongly recommends that others go to Orlando’s many theme parks because they are all amazing places where memories are waiting to be made.

Zach Pearson, Junior: New York City, New York This summer Zach visited New York City from July 2-5. He went with his friend, Andrew Hoffman, and his father. In New York, they spent lots of time walking around the city, eating food and celebrating Independence Day. Zach and Andrew participated as judges for the Nathan’s hot dog eating contest as well. “Heading into the event, I had no idea what to expect,” Zach recalls. “It ended up being a great experience that I will never forget.”

Zach thinks that everyone should visit NYC. Before scheduling a trip, he suggests checking the weather forecast, because during his trip it was raining the entire time. Zach also suggests that future visitors check out Lombardi’s Pizza at 32 Spring Street. “It has the most amazing pizza in the world!” Zach remembers.

Sadly, he didn’t get to visit any of the great colleges in the area, but he plans on doing so the next time he visits.  Zach says that his trip to New York City is one of his favorite vacations he has taken.

Ali visited Maui, Hawaii from June 30-July 7 with her mom, dad, and little sister, Cristina. In Maui, they rented a condo in Kihei that had a pool and a tennis court and was right across the street from the beach.

First, Ali and her family took a tour all the way to the top of the Haleakala Mountain. “The view was breathtaking,” Ali said. “We also got to bike down the mountain which contained a series of switchbacks and was all downhill for about 26 miles. There were many cool stops on the way down, including a lavender garden and places to eat.”

Ali also went scuba diving at the Molokini crater. “The water was clear and gorgeous and had lots of areas to explore. We saw lots of exotic animals, including eels, barracudas, and sea turtles.” Because she was in Hawaii for the Fourth of July, Ali and her family traveled to the town of Lahaina and watched fireworks in the middle of town. Their final excursion in Hawaii was a day trip on the Road to Hana.

“The road was very twisty and had a lot of bridges and scenic overlooks,” she remembers. Ali and her family stopped at the Three Bears Waterfall, the Red Sand Beach, and the Black Sand Beach on the way to Hana.

Ali expected this trip to be fun and relaxing. As it turns out, she found that the trip was very action-packed and more exciting that she had predicted.

“It was hard to leave, especially because I didn’t get to take surfing lessons while I was there,” Ali says. She believes that Hawaii should be on everyone’s bucket list. She would suggest making the trip a two week trip, as there are many fun and exciting things to do in Hawaii and she says that you don’t want to feel rushed while you are there. 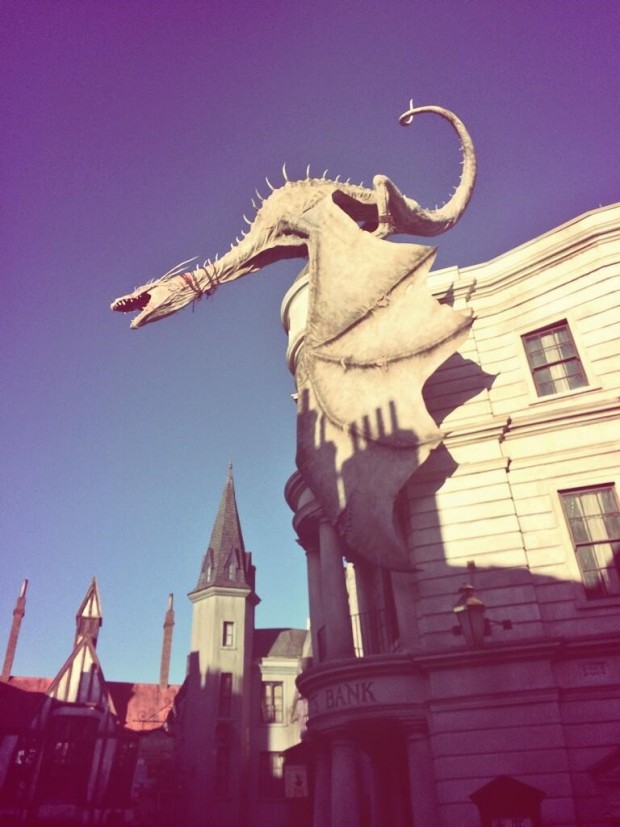 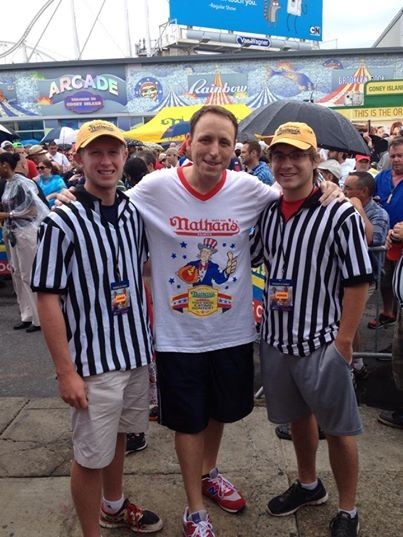 Zach Pearson (left) and his friend Andrew Hoffman (right) pose for a photo with champion competitive eater, Joey Chestnut (center). Both Zach and Andrew were judges at the Nathan’s hot dog eating contest this summer. 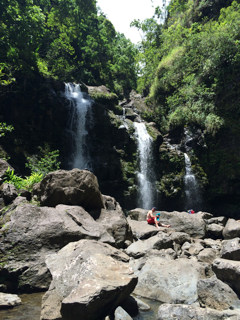