It may not have determined the conference champion, but there was plenty at stake in the Episcopal Knights’ 48-21 regular-season victory over rival Kinkaid Falcons. The victory secured a top seeding for the Knights in this month’s SPC playoffs – and also avenged last season’s loss to Kinkaid.

“It’s a tremendous rivalry that runs deep,” said Knights head coach Steve Leisz. “The two schools have combined to win the last five SPC Championships, so it’s always a big deal when we play each other. The parents and grandparents know each other, and there’s a lot of pride and even ego when our teams face off. We had close to 4,000 fans at the game, which is probably the largest crowd we’ve ever had for an on-campus game here at Episcopal. It’s especially impressive considering it was a Thursday-night game.”

As for the game itself, Episcopal defensive lineman Marvin Wilson put forth a spectacular effort with five sacks on highly touted Kinkaid quarterback J.T. Granato. “Marvin had a great game, as did our entire defense,” said Leisz. “Linebacker Trey Horne was his typical dominant force, and we gave up only 22 yards in the second half to a high-powered offense.”

Offensively, Episcopal generated over 500 yards worth of offense behind a magnificent game from quarterback Preston Heard, who accounted for four touchdowns on the evening. Fifteen-year-old sophomore receiver Jhamon Ausbon had several big plays, including a 79-yard touchdown reception. In addition, wide receiver Jimmy McCartney hauled in a pair of touchdown receptions, while Kobi Owen scored two touchdowns in the victory. “It was a total team win,” said Leisz.

In volleyball, the Bellaire Cardinals were well on their way to winning their 15th district championship in the last 16 years, going unbeaten through its first eight district matches of the season. “Last year was actually the first time in 15 years we didn’t win district, so the kids are extremely motivated to capture another title this season,” said Cardinals head coach Ap Clarke. “Our team has a lot of heart, and physically we’re a very strong team.”

Among those strong players is senior outside hitter Claire Smith. “She’s just a hammer out there with great power,” said Clarke. In addition, Clarke had high praise for several other players. “Sundara Chinn is one of our go-to players. She’s a junior lefty who always seems to put the ball away. Maya Evans and her twin sister Megan are also having great seasons. Maya is real explosive off the floor with a nice quick arm, and Megan, who’s our setter, is feeding hitters a lot more consistently.” Also, Clarke calls libero (defensive specialist) Katie Fairbanks the backbone of the team. “Katie is passing really well, and she pretty much starts our offense for us.”

At Memorial, the Mustangs volleyball team is putting forth another powerful season, boasting an overall 22-5 record late into the regular season. Memorial finished third in the Spring Branch Tournament, which featured an elite 32-team field of many of the city’s best volleyball teams. The Mustangs were also well on pace to winning a district championship.

“We have a really well-rounded team,” said Mustangs head coach Beth Gammill. “Our girls are really good hitters, and we just have a ton of offense as well some good height.”

Leading the offense is senior setter Amy Houser, who leads the Houston area in assists and was listed in the Greater Houston Fab 50 as one of the city’s top players. Senior outside hitter Carson Pyle is also having a big season, according to Gammill. Pyle will play collegiately at Hawaii Pacific University, having been scouted and recruited while the Mustangs were playing in a tournament in Honolulu this August.

Another Mustang who’ll be playing collegiate volleyball is Kaylee Taff. The senior outside hitter has committed to Austin Peay State University. Meanwhile, 6-foot, 2-inch junior Maddie Phillips leads the team in kills, while outside hitter Anna Needham is among the Mustangs’ heavy hitters.

“We’re just working really hard and hoping to make a deep run in the post-season playoffs,” said Gammill. “We played an extremely tough pre-season schedule, which hopefully will pay off as the playoffs approach. We more than held our own against some of the area’s top teams.” 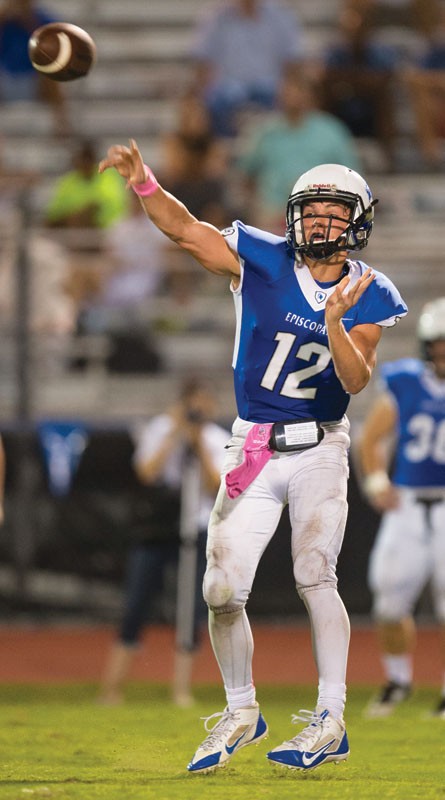 Episcopal Knights quarterback Preston Heard accounted for over 500 yards worth of offense and five touchdowns in the Knights’ 48-21 regular-season victory over the rival Kinkaid Falcons. (Photo: David Shutts Photography) 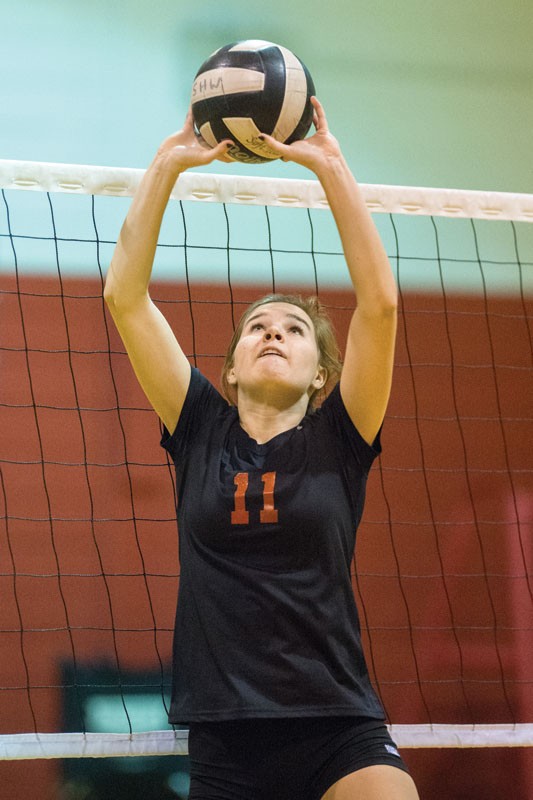 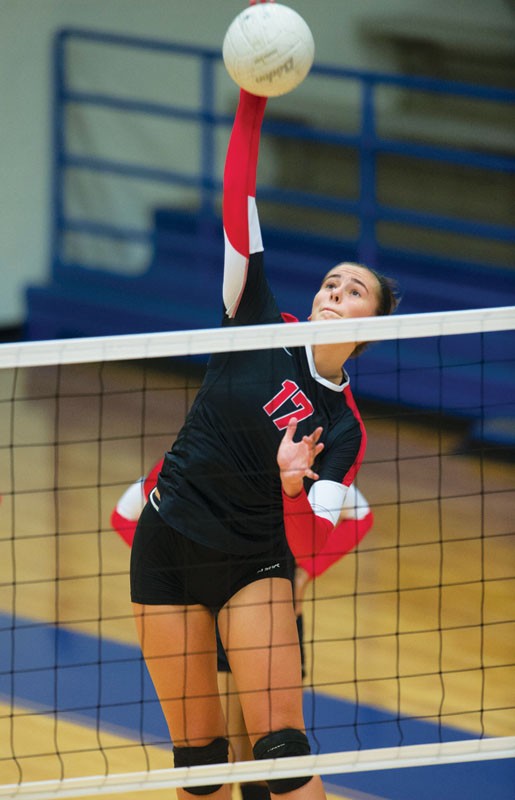 Senior outside hitter Claire Smith is one of several powerful hitters for a Bellaire Cardinals team that, at press time, was on pace to winning its 15th district championship in the last 16 years. (Photo: Kevin Long, www.gulfcoastshots.com)

Prayers for World Peace: Advice for a Happy Life with Gen Kelsang Wangpo