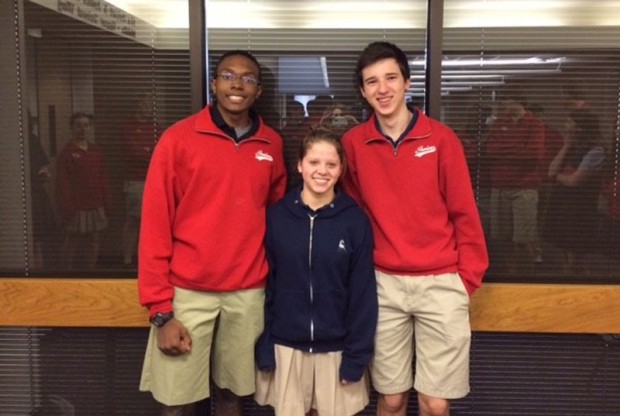 Earlier this year, The Briarwood School's administration received an invitation from the Anthology of Poetry by Young Americans to submit original student poetry. The possibility of being published was tantalizing for both teachers and students alike.

After meticulous review of original student poetry, teachers selected 20 student poems and they were submitted to the Anthology of Poetry. The magazine’s committee selected 15 of those submissions, deeming them outstanding enough to be published. The students, ranging from grades 9th-12th, were in for a big surprise when they were called to a meeting in which they were told that they are now published poets.

Senior Ty Kirby’s poem is certainly original as he writes about the process of writing an actual poem. "The title was the hardest part for me to come up with; the poem just kind of came naturally," Ty said.

Alex Day, a sophomore, wrote her poem based on the beach, a place she loves. "I was excited to be published since it's my first time," Alex proudly said.

Morgan Jones, another senior, wrote his poem about one of his biggest challenges: how he handles difficult situations. "Who would guess that a poem about my biggest flaws would be compelling enough to get published?" Morgan said.

These poems have only three commonalities: they are distinguished enough to be published in the Anthology of Poetry by Young Americans; the students worked hard to compose and revise the poems; and each poem expressed the poet’s creativity and talent. Now the poems are hung throughout the Briarwood halls for everyone to see. Each poem reflects an experience particular to each student and the dedication they put into their poem.