Psyching yourself to spring clean 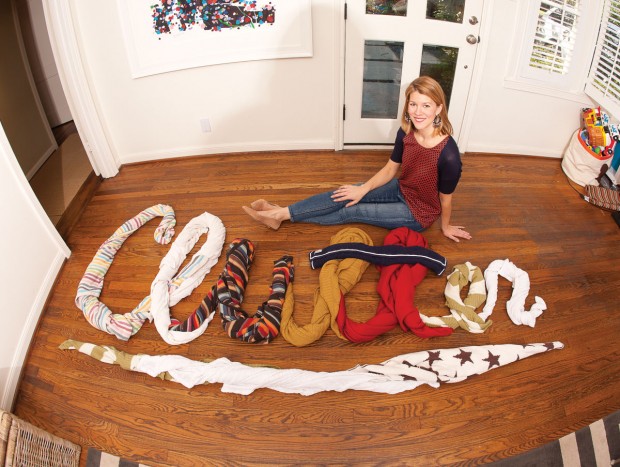 My husband laughed when I told him I would be writing about getting organized. After all, my theory of closet organization is: Throw stuff in and slam the door before it falls out again.

Going through your belongings and getting rid of what you don’t use, seemingly a simple task, can be difficult to face. “I remember looking around my house and just wanting to cry because I didn’t know where to start,” said Erica Smith, a Buzz resident who wrote about her organizational efforts in her blog, Tell It To Your Neighbor!

A big reason, according to Julie Hibbs, a local professional organizer, is that we can accumulate belongings so easily now. “Things aren’t the investment they used to be,” she explained. “If your parents bought you a bicycle, it cost more than it does today and they even had to think about driving to get it. Now, you can order things delivered to your door with your iPad while you’re brushing your teeth.”

Yet, our ability to move things out of our houses hasn’t kept pace. Buzz resident Cristina Cramer believes that stuff piling up causes stress. “All that clutter directly impacts your management of time,” she said.

Spring cleaning is a global impulse. For instance, Iranians refer to their annual clean-out as “khooneh tekouni,” or “shaking the house.”

Buzz resident Elizabeth Nametz has a checklist of household tasks – organizational, maintenance and gardening – she calls her “spring regime.” “It’s connected to the seasons. It’s connected to holidays. It’s a whole mental shift,” she said. Which doesn’t mean it’s easy. One need to look no further than all the books, shows, websites, videos and articles about getting organized, not to mention the 63 members of the National Association of Professional Organizers who work in Houston, for proof of that.

Erica credits an online campaign by the celebrity organizer Peter Walsh, called “#31Days2GetOrganized,” for jump-starting her efforts. Every January, he posts 31 short YouTube videos, each describing a 10-minute organizational project.

Focusing on one small project at a time can help you from becoming overwhelmed. For New Year’s, Cristina focused on cleaning out her pantry. “Don’t think you’re going to organize your whole house in a day,” she said. “After all, it didn’t get disorganized in a day.” 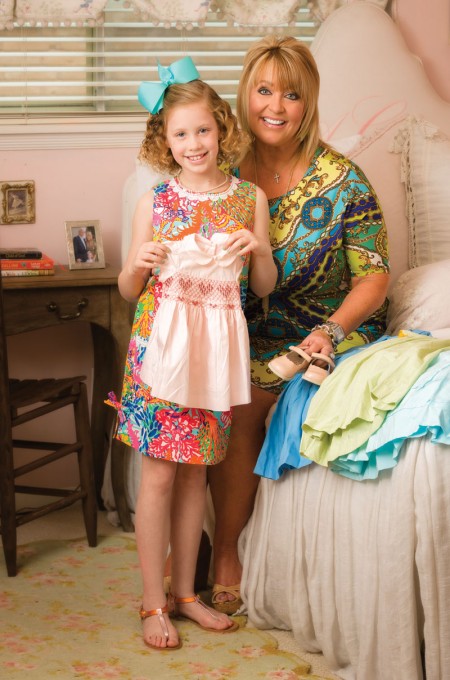 Spring cleaning can help you identify the things you want to keep. Adaire Cramer and her mom, Cristina, decided to ​save​ some special-occasion dresses from when Adaire was a baby. (Photo: www.hartphoto.com)

Don’t go it alone. One thing that appealed to Erica about #31Days2GetOrganized was that people wrote and posted pictures on Peter Walsh’s Facebook page. “You can start an Instagram profile or make a journal with pictures or tell friends,” she said.

Working with a professional organizer “can get you started, keep you focused, give you a direction,” said Gina Angulo, who has used Julie’s company, Squared Away. Or invite a friend over, for moral support, second opinions and company, as you go through your closet.

Making it fun helps. Every year, Erica picks a theme song for clearing things out, such as Ariana Grande’s song Problem. (Chorus: “I’ve got one less problem without you.”)

Tempted to sit down in the pile you just dragged out and go through old photos and letters? “Put those aside and do it, later, when you can reminisce with a glass of wine,” said organizer Julie.

And don’t start with such emotionally laden stuff, anyway. There is plenty – that collection of shopping bags or those empty cardboard boxes (in case you need to ship something) or “those half-used tubes of red and green frosting from making Christmas cookies,” laughed Cristina – that are easier to toss.

Cull your belongings until they fit your space. When Susan Solcher, a Buzz-resident realtor, cleans out her closet, for example, she reminds herself of the adage that you wear 10 percent of your clothes 90 percent of the time.

One potential sticking point is the actual letting go. “Don’t make 10 stacks to go to 10 different charities,” Julie advised. “Do it in one mad sweep. There’s a Goodwill on practically every corner.”

However, some people find motivation in deciding where to bring their belongings. Susan recently discovered a Facebook trading group for her neighborhood, through which she has sold several items. “It’s kind of like a game, to see the remarks, to get a decent price,” she said.

Cristina also uses resale shops, such as Second Childhood, for her daughter’s outgrown clothes, though she keeps a special few, such as her first Easter dress, for sentimental reasons.

Erica found inspiration when, at a garage sale she held, a pair of expectant parents loaded her old changing table into their car. When you are getting rid of things, Julie said, “It does help to think of it as getting them into the hands of people who can use them.”