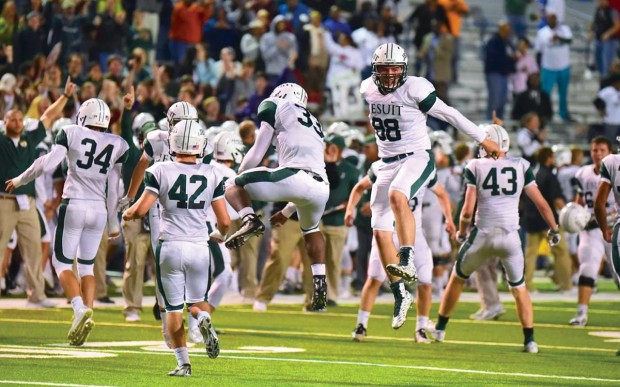 For the first time since joining the UIL, the Strake Jesuit Crusaders advanced to the third round of the post-season playoffs. After celebrating this playoff win over Houston Reagan, Strake Jesuit then defeated Cy Creek.

The Strake Jesuit Crusaders made school history this past football season by advancing to the third round of the playoffs for the first time since joining the University Interscholastic League (UIL) in 2004. Facing public schools with double or even three times their enrollment, the Crusaders rose to the biggest of challenges with playoff victories over HISD’s Reagan Bulldogs and then Cy Fair ISD powerhouse Cy Creek.

“You can’t put into words what it meant to win that second-round area championship over Cy Creek,” said Strake Jesuit head coach James Clancy. “To do so at home in front of our community was a special night. It’s a true testament to the hard work of our coaches and players in building this program.”

Offensively, the Crusaders were led by sensational seasons from wide receivers Christian Charbonnet and Christian McStravick, as well as quarterback Zach Zubia. For his part, Zubia threw 32 touchdown passes while McStravick and Charbonnet each accounted for over 900 receiving yards. Anchoring an outstanding season for the defense was Texas State commit John Lilly, while middle linebacker George Ikott accounted for a lofty six interceptions on the season – a rare feat for a middle linebacker. Junior defensive end Tommy Upton was among those who stepped up and made huge plays in the playoffs, according to Clancy.

“I think the thing I was most proud of is our kids’ ability to lean on one another and not worry about who we’re playing,” said Clancy. “We know every week we’re playing teams much bigger than us, but these guys go out there and accept the challenge. Also, for a kid to carry the kind of academic load required at Strake Jesuit and go through four years of our football program says a lot about the character of the young man.” 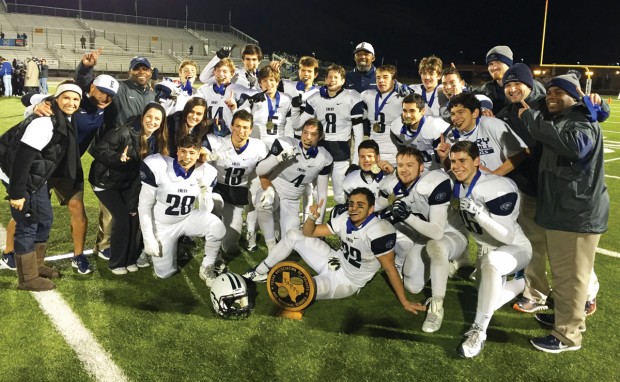 In the world of six-man football, the Emery/Weiner Jaguars brought home a state championship this past season. The Jaguars lit up the scoreboard for an 84-59 victory over Midland Trinity in the TAPPS Six Man Division 1 State Championship game.

“It was amazing,” said Jaguars head coach Adrian Adams. “It means so much for the Emery community. Our players, coaches and administration have put in an immense amount of hard work to make this happen. If all that weren’t enough, we also were ranked 14th out of all 260 six-man football teams in Texas.”

As for the players, junior quarterback David Kleben threw 54 touchdown passes this season, including five in the state final. “With our offensive scheme, we have a lot of weapons,” said Kleban. “We’re a talented group that likes to go fast. The coaches tell us we’re the fastest team on turf.”

Other offensive weapons included Jordan Loev, Michael Ran, Grant Schneider, Harrison Rosenthal and Garret Glover, who all had multiple touchdowns while scoring a school-record 84 points in the state-final victory. Defensively, senior linebacker Cole Caress led the way this season with nearly 200 tackles. “Last year we lost by one point in the first round of the playoffs, and that just motivated us to work extra hard this summer and the entire off season. Our goal was to be the very best we can be this year,” said Caress.

Meanwhile, like many of his teammates, senior center and defensive end Lewis Graubart played both offense and defense throughout the state-championship run. “I think for our school and football program this state championship is pretty incredible,” said Graubart. “I know for me and my teammates it’s a dream come true.” 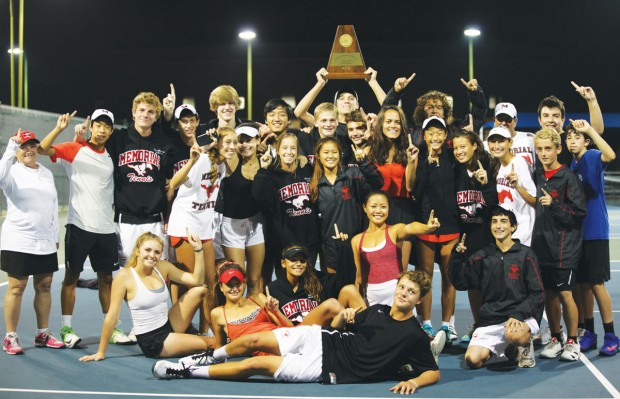 Behind a dominant performance to capture a seventh straight regional championship, the Memorial Mustangs were one of only four teams in Texas to advance to the UIL Team Tennis State Championship tournament.

In tennis, the state final four wouldn’t be complete without yet another appearance by the Memorial Mustangs. After winning its eleventh consecutive district championship, and then capturing a seventh straight regional title, Memorial earned a berth to the UIL State Team Tennis Tournament for the seventh straight year.

“We had a great season,” said Mustangs head coach Bud Booth. “Our only loss all year was at the state tournament, so to finish with a 20-1 record is pretty outstanding. I’m proud of the kids. Now we just need to get over the hump and win the state championship.”

Among those leading the Mustangs back to state this season were boys top seeds Dane and Andrew Esses, Neil Mabee and Artur Zigman, while top-ranked players among the Mustangs girls included Candice Wright, Rosalie Caplan, Sarah Mabee and Angela Zhang.