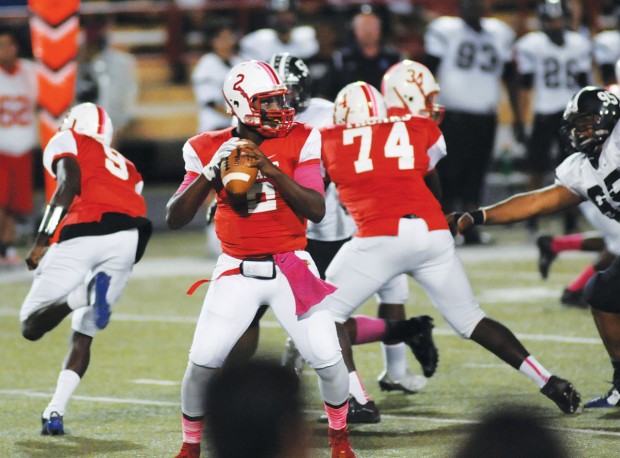 As the high school football season kicked off this month, the Bellaire Cardinals were looking to build upon a history-making season, having won their first playoff game in 43 years.

Last season’s 35-31 bi-district victory over Cinco Ranch broke a playoff-victory drought that had extended back to 1972. “I think it’s important for our program to maintain the momentum of that historic win and propel forward,” said Cardinals head coach Herb Kunz. “It won’t be easy. We graduated a large senior class, but I’m excited about our young guys.”

Offensively, the Cardinals will go with junior Darion Manning at quarterback, who threw for 600 yards and nine touchdowns as a part-time starter last season. Three-year letterman Alex Spadone returns as a key target at wide receiver, while Kunz expects a big season from running back Robert Atlee. On the offensive line, the coach likes what he sees from Isaac Beaubrun. “He’s an outstanding player and just a tremendous young man.”

Defensively, Donovan Stiner is a three-year letterman who has multiple collegiate offers, as does 6’-6”, 260-pound defensive lineman Jayden Peevy. “Jayden is just a huge force on the line,” said Kunz. “He had five sacks in that playoff win over Cinco Ranch, and Jayden already has about 14 offers from collegiate football programs.” Another player with several collegiate offers is senior defensive end Alex Duke, while three-year starting linebacker Jackson Twyman is expected to make a big impact for the Cardinals. 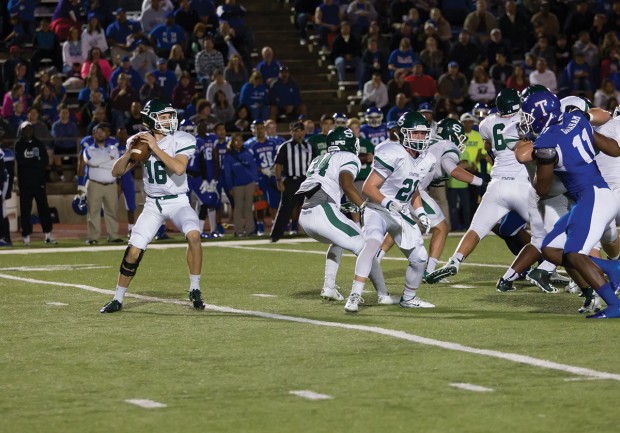 A major change in the high school football landscape has the Memorial Mustangs and rival Stratford Spartans back in the same UIL district for the first time in six years, with Stratford moving back up to the highest classification of UIL football. “I think it’s great to be aligned with Memorial and also to have all four Spring Branch high schools back in the same district,” said Stratford head football coach Eliot Allen.

While there’s familiarity with the fellow Spring Branch schools, the newly aligned district now also includes the four high schools from Klein ISD. “That was kind of a shocker,” said Allen. “We’ve never really played against the Klein schools. The stranger thing is that we’ve been moved to UIL Region II, which primarily includes central and north Texas, so once any of our teams reach the second round of the playoffs, chances are we’ll be traveling to the Austin area and then even to Dallas for the third round of the post season.”

For the Spartans to make a deep playoff run, they will rely on a talented yet relatively young lineup, having graduated several starters from last year’s 10-2 team. On offense, three-year starting quarterback Mark Murdock returns, as does highly touted receiver Jaetavian Toles. Toles has committed to play college football at Tulane University. On defense, Northwestern University commit and three-year starting defensive end Sam Miller returns, while senior linebacker Randall Royall, who has committed to Rice, is also back for the Spartans. 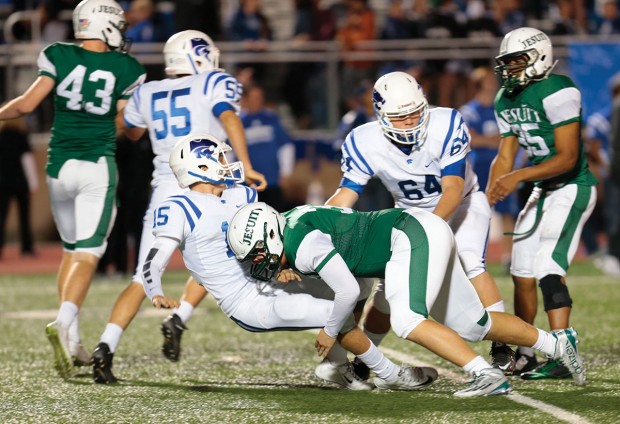 The Strake Jesuit Crusaders welcome the return of several key defensive starters, including hard-hitting junior defensive lineman James Webster. Strake Jesuit advanced to the third round of the UIL playoffs for the first time in school history last season.

After advancing to the third round of the UIL football playoffs for the first time in school history, the Strake Jesuit Crusaders will have some major holes to fill to repeat that kind of record-setting season.

“The main thing for us is to capitalize on last year and continue to be successful,” said Crusaders head coach James Clancy. “Even though we lost several seniors, we’ve got guys coming back with big-game experience.”

Perhaps the biggest hole the Crusaders will have to fill is at quarterback, with the departure of Zach Zubia, who’s now at Tulane University on a baseball scholarship. “We’re looking forward to seeing what senior Felix Read can do in Zach’s place,” said Clancy.

Another key player lost to graduation was wide receiver Christian McStravik, who’s playing football at Boston College this fall. But Clancy feels the Crusaders should be in good hands at that position with returning starters Colin Groves and senior Jacob Piekielniak, who started all 13 games last season. Senior running back Michael Purvey offers an explosive threat as a rusher, receiver and special teamer.