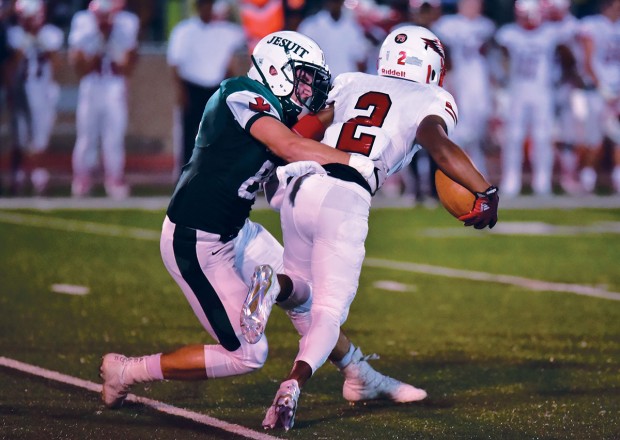 After losing to its biggest rival on the final play of the game in each of the previous two seasons, the Strake Jesuit Crusaders celebrated an especially satisfying 20-10 victory over the St. Thomas Eagles in the 52nd annual matchup between the two schools.

“It’s like a playoff game in the first week of September,” said Strake Jesuit head coach James Clancy. “Our two communities are closely tied together. We had an overflow crowd of over 5,000 people at the game here at our stadium. It was an incredible atmosphere.”

Quarterback Felix Read guided a Strake Jesuit offense that kept the Crusaders offense on the field for much of the game, with running back Michael Purvey rushing for 147 yards and a touchdown in the win. Fullback Rick Clark added 48 yards on only six carries, including several key third-down conversions.

Cornerback Daniel Cho intercepted a pass for a touchdown, and Clancy also had praise for linebackers Michael Jewett and George Ikott, as well as linemen James Webster and Tommy Upton. “James and Tommy were in the backfield the whole evening. Our whole defense did a tremendous job of shutting down a talented offense.” 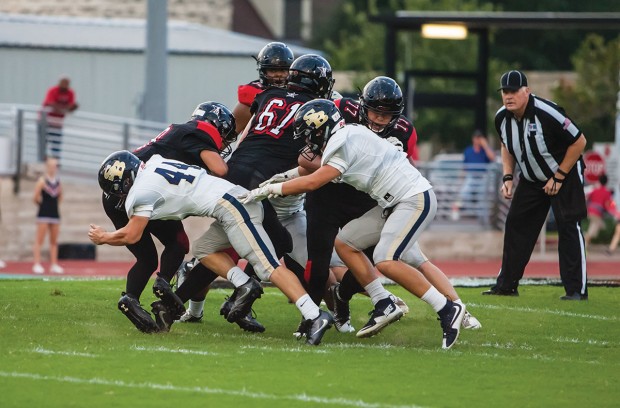 Second Baptist Eagle John Hildreth (#44), seen here making a big tackle against St. John's, is both the district's defensive MVP from last season and an all-district selection at running back.

With victories over UIL powerhouse Hitchcock and then St. John’s to start the year, the Second Baptist Eagles football team was off to its best start in several seasons. “Hitchcock had something like 16 starters back from a team that advanced to the state quarterfinals, so that was a great victory for us,” said Eagles head coach Terry Pirtle. “I was also really pleased with the way we played in the 31-10 win over St. John’s. To hold them to just 10 points was a magnificent effort by our defense.”

Offensively, the Eagles are led by quarterback Zach Heaton, who was also a standout pitcher for the Eagles’ state-championship baseball team. Running back John Hildreth, who was the district’s defensive MVP last season at linebacker, as well as an all-district running back, returns as a force on both sides of the ball. Running back Deion Smith gives the Eagles another threat in the backfield, with sophomore receiver Anthony MacKenzie also providing an offensive spark.

Meantime, another standout two-way player for the Eagles is offensive and defensive lineman Austin Strozier, who starts on both sides of the ball for the third straight year. Senior middle linebacker Fielding Davis, the team’s leading tackler last season, is again making big plays for the Eagles. “There’s zero selfishness to this team,” said Pirtle. “We have a bunch of kids who’ve bought into our program. There’s just great team unity.” 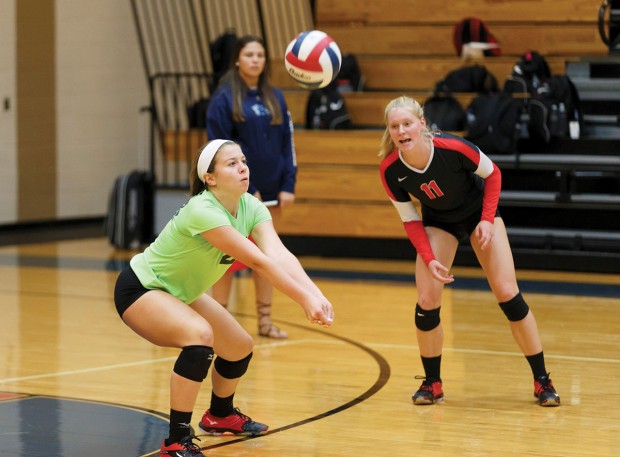 In volleyball, the Bellaire Cardinals are again one of the area’s most talented teams, led by the twin tandem of seniors Maya and Megan Evans, who helped guide the Cardinals to a 34-7 record a season ago. “Megan is just a tremendous setter who runs the offense extremely well, while Maya has made a smooth transition from middle blocker to outside hitter this season,” said Cardinals head coach Ap Clarke.

The twins will remain teammates at the collegiate level with both having committed to play volleyball at Tennessee State. “It’s amazing how well they work together,” said Clarke. “Megan just instinctively knows where her sister is going to be on the court and finds a way to feed her the ball.”

Also making major contributions for the Cardinals are senior libero Ella Hawes, who leads the team in passing statistics, and junior defensive specialist Isabelle Long. “Both Ella and Isabelle are having terrific seasons,” said Clark.

With an especially impressive third-place finish at the tough Clear Creek ISD volleyball tournament, the Memorial Mustangs volleyball team was well on its way to another successful season. The Mustangs defeated powerhouse programs such as Cy Falls, Pearland, Kingwood and Seven Lakes before falling to undefeated and state No. 2- ranked Conroe Oak Ridge in the tournament semifinals. “Our girls really played phenomenal,” said Mustangs head coach Beth Gammill.