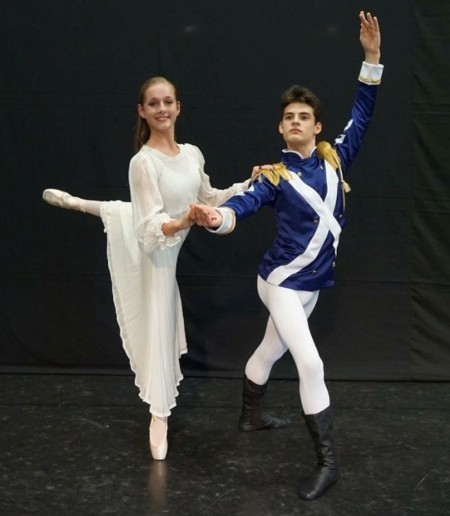 The dance program at Episcopal has lots of talent, and some of this talent is also represented outside of Episcopal. Rachel Hallett, a sophomore at Episcopal, is not only a dancer in one of the highest levels at Episcopal, but she got the opportunity to play the role of Clara in Uptown Dance Company’s The Nutcracker.

Rachel did not start dancing when she was very young; she only started when she was 11. She decided to take up dance because, “the majority of my friends were dancers, so I wanted to see what it was like, and I also had a hard time relating to them because dance was all they really talked about.” Because Rachel had not started dance until after her friends, she had a lot of catching up to do, but her hard work paid off. 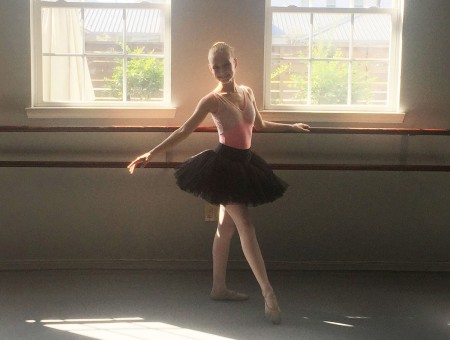 Rachel Hallett rehearsing for the lead role of Clara in The Nutcracker. (Photo: Adrian Ciobanu)

Because of how time-consuming this process was, Rachel had to find a balance between dance and school. Rachel says, “I’ve been balancing it out for six years now, so I have gotten the hang of it, however it is still difficult to do all of my homework at dance rehearsals and during car rides.” Even though The Nutcracker is a ballet, Rachel also does tap, modern, jazz and contemporary dance with her company. She has even managed to participate in some of the school dance concerts and will be participating in more throughout her time at Episcopal.

Rehearsals for The Nutcracker lasted for five months, six days a week, and two to four hours a day. Rachel says that rehearsals are, “long, difficult and frustrating, but also rewarding.” Being Clara was nerve-wracking for Rachel, but she says that is was an amazing experience. For Rachel, playing the role of Clara was physically hard, but she felt really connected to the role when she was preparing for the show and preforming it. 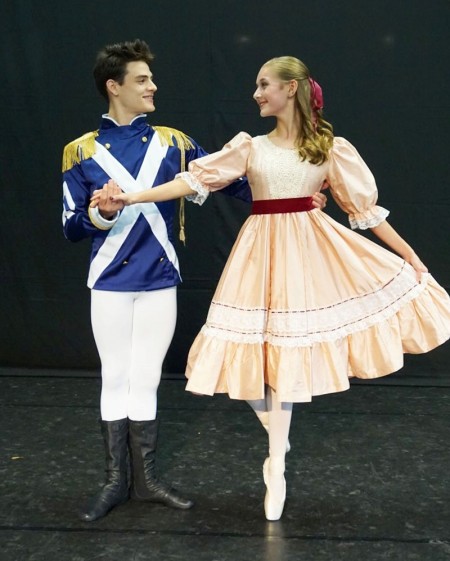 Luke Westerman (right), and Rachel Hallett (left), during their performance of The Nutcracker. (Photo: Adrian Ciobanu)

While performing, Rachel says, “I was nervous, but also very relaxed.” Rachel is very close with the people in her dance company, and because of that, “it made it easier to perform because I am close and comfortable with everyone.” As well as being happy with herself, Rachel was also proud of all of her friends who performed in The Nutcracker.

Uptown Dance performed The Nutcracker six times in the span of four days, Dec. 8-11, with around 100 people attending each show. Next year, Rachel will not have the chance to play Clara, but she hopes to be the Dewdrop fairy and the Arabian, which perform during the second act of The Nutcracker. Rachel says, “If things go well, I would like to do a year round program in Houston, hopefully taking me to the professional level.” However, if that does not happen, she will continue to dance as a hobby and she will definitely dance in college.