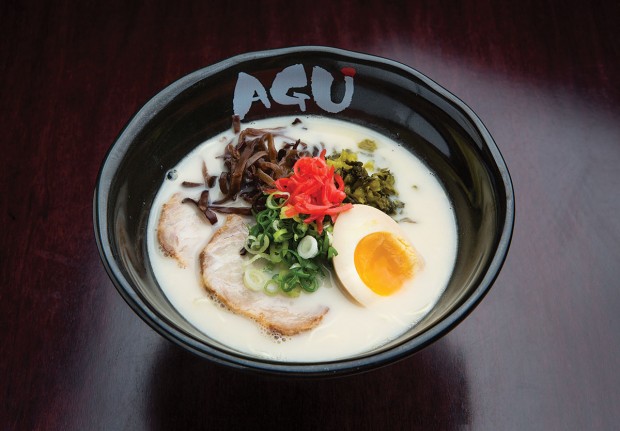 Houston’s kitchens are heating up. Restaurants open throughout the year, but 2017 brings scores of fresh choices and a blast of energy. With Super Bowl LI just around the corner, the frenzy of new openings is fever high. Here is our look at new restaurants to fork into now and concepts to look forward to.

The Super Bowl is expected to generate hundreds of millions of dollars in revenue, so new eats, looking to infuse a little cash back into the coffer after an extensive build-out, have sprouted all over the city the last five months. Game day at NRG Stadium unfolds on Feb. 5, but the post parties and concerts stretch over nearly two weeks. To start, Downtown’s Discovery Green Park anticipates 1 million football fans during its free10-day Super Bowl LIVE fan festival starting Jan. 27.

Brasserie du Parc sits across from Discovery Green, and Bui hopes festivity goers will spill into the restaurant, with its stylish 360-degree square bar, mezzanine and spacious terrace that connects to Crêperie du Parc, a walk-up window that serves to-go sweet and savory crepes from France and Japan.

Nearby, as part of an extensive makeover, the Four Seasons Hotel (1300 Lamar) has partnered with famed restaurateur-chef Richard Sandoval to develop Bayou & Bottle, a top-flight lobby bar and restaurant opening this month. Sandoval, with more than 40 restaurants around the world, will showcase rare whiskeys and more than 70 varieties of bourbon along with a New American menu.

One of the most anticipated openings this month is James Beard award-winning Underbelly chef Chris Shepherd’s ambitious One Fifth (1658 Westheimer Road), which changes concept every year for five years, starting with his steakhouse. “Every 11 months, we’ll change,” he said. “The idea is to close in August, which is a tough month, because it is hot. So it’s a good time for us to change concept.”

Super Bowl aside, with mixed-use development on the rise along with seven new mid-rises and high-rises in downtown, a slew of new restaurants are on the burner this year. Here are ones to try now. 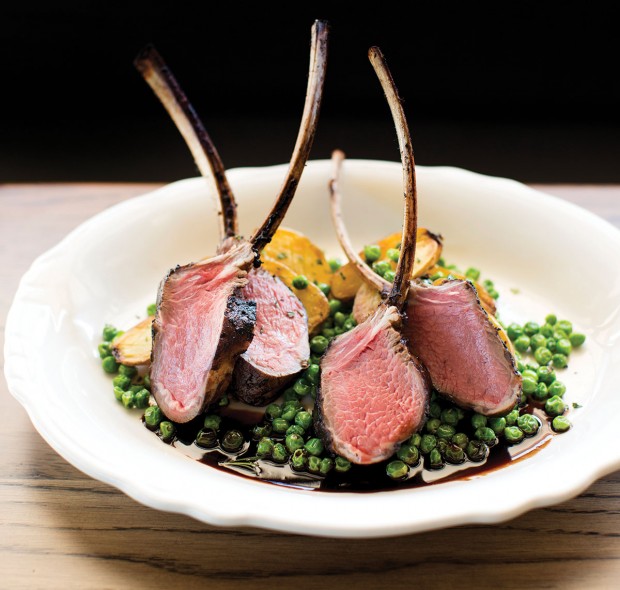 • Kiran Verma continues to add her magical touch to classic Indian fare at her new Kiran’s at Levy Park (2925 Richmond). The elegant new location offers many old favorites along with new dishes. One big difference: Verma no longer hosts her immensely popular Afternoon Tea on Saturday. Instead, it’s now available Monday-Friday to the delights of fans of this timeless tradition with an Indian twist.

• Watch out, toques. Ronnie Killen is inside the Houston city limits. The notable Pearland chef has combined his two popular concepts – Killen’s Barbecue  and Killen’s Steakhouse – into Killen’s STQ (2231 S. Voss). The focus here is on wood-based preparations, from wood grilling to classic smoke.

• Relish (2810 Westheimer) has evolved from a top-notch soup-and-sandwich shop on San Felipe to a restaurant and bar. Newlyweds Addie D’Agostino and chef Dustin Teague have refashioned their brain-child to include a full-service dinner menu of lamb chops, rotisserie chicken and New Orleans barbecue shrimp. Lunch retains its casual counter-service draw with  signature hand-crafted gourmet sandwiches and salads.

• The area around Discovery Green, Hilton Americas and the revamped George R. Brown Convention Center is being dubbed as the Avenida Houston district and touted as the city’s new restaurant row and entertainment hub. A number of new additions line its streets, including Houston standards Pappadeaux Seafood Kitchen, Pappasito’s Cantina, Grotto and Bud’s Pitmaster BBQ.

• The Pit Room (1201 Richmond) is smoking with satisfied customers and tender brisket and pulled pork. Sausages – three kinds, including jalapeño-cheddar pork and black pepper-garlic venison – are made fresh daily. Buy a pound or opt for one-to-three-meat plates with two sides.

Here are some restaurants to put on your must-try list when they open in the upcoming months:

• Without a doubt, one of the most anticipated openings for many of our Chinese foodie friends is Yauatcha in The Galleria. Slated to open in March, the Houston location is a big score for H-Town. It is the first U.S. location for the London’s Michelin-star dim sum and sophisticated French patisserie concept, which currently has only two locations, in England and India.

• Fig & Olive, an upscale Mediterranean import from New York, will open in The Galleria this fall.

• New York-based 10,000-square-foot Nobu, a Japanese-Peruvian sushi concept from acclaimed Nobuyuki Matsuhisa, will open on the second level of The Galleria this fall.

• Hopefully by spring, Houstonians will judge for themselves if Gus’s World Famous Fried Chicken (1815 Washington Avenue) deserves its A-plus ratings for its crispy signature coating.

• Chef Jamie Zelko will debut Ivy & James in the spring when the first phase of the renovated Evelyn’s Park (4400 Bellaire Boulevard) opens at the former site of the Teas Nursery. The park board selected Zelko after an extensive research and interviews of restaurants across the city. Ivy & James will focus on sustainable, healthy fare along with classes on gardening and cooking.

• Former Underbelly and Reef sous chef Ryan Lachaine should be in the kitchen of his Riel Restaurant (1927 Fairview) by early 2017. His succinct menu features 18 or so modern American options with hearty touches from his windswept prairie roots of Manitoba, Canada.

• Tilman Fertitta’s high-profile, 10-acre, Uptown/Galleria project, The Post Oak, will be anchored by a luxury hotel, posh apartments and the famed Mastro’s Steakhouse, the first one in Texas. It’s slated to open in spring.