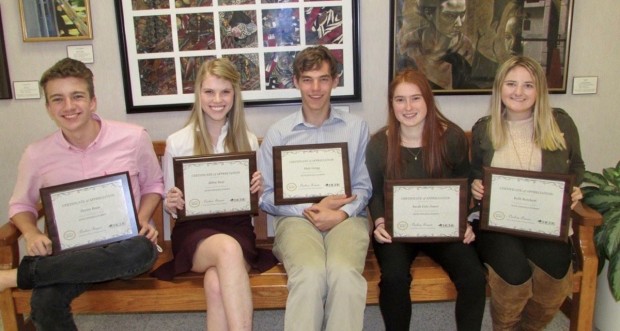 On Jan. 10, The Briarwood School’s Film Committee was honored to be invited to speak at the Harris County Department of Education’s Dyslexia Summit. The Film Committee is a group of Briarwood students who speak about their journeys with dyslexia.

The students have spoken in graduate classes at St. Thomas University, Houston Baptist University, Sam Houston University and even on “Great Day Houston” with Deborah Duncan. The committee was named the Film Committee because when they speak to the different universities the students show a film called “The Big Picture: Rethinking Dyslexia.”

During the summit, the students spoke about different strategies they use to help them learn information. Examples of effective strategies with dyslexic students are chunking, highlighting and using audio books. In addition to strategies, the student committee was able to share their unique and different journeys with dyslexia. Students also discussed post high school plans and some of the senior committee members were happy to announce colleges where they had been accepted.

The group was honored to meet Dr. Keith L. Magee who is the co-founder of the Multicultural Initiative at the Yale Center for Dyslexia and Creativity and is currently the Director of the Social Justice Institute at the Elie Wiesel Center at Boston University. At the end of February, The Briarwood School will host Dr. Magee.

Being a part of the HCDE Dyslexia Summit was a great opportunity for the members of the Briarwood Film Committee, and a new experience given that usually the group addresses college classes. When the students were finished speaking, the director of the event, Ms. Beaux, surprised each student with a plaque to thank them for their insights on dyslexia.