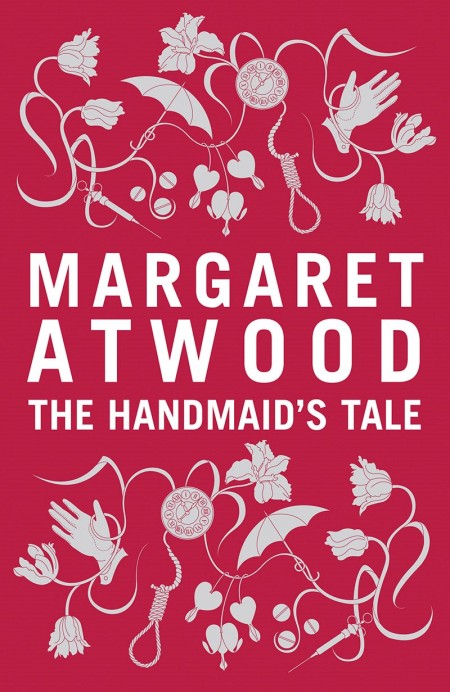 “Why do adolescents love dystopian literature so much?” I once asked a colleague. The librarian, a seasoned professional of some thirty or more years, gave me a long look, and replied thoughtfully, “Perhaps because to them, it always seems like the end of the world.”

That rang true for me and still does. Since the years that I first became cursorily aware of world affairs, until this very day (and maybe now more than ever before) I have grappled with this question: Are things as bad as they seem, or are germane world events simply stickier, somehow, more emotionally resonant? How will future human beings contextualize the 2000s? And, some dark part of me still wonders, are we living through the death rattle of human civilization? Or am I still basically 13 years old?

My descent into dystopian literature as an adolescent was swift, took roughly six months, and went like this: The Giver, Harrison Bergeron, Cat’s Cradle, Fahrenheit 451, The Handmaid’s Tale. This was a different time. There was no Divergent, no Hunger Games, no Delirium - just a gentle introduction from Lowry and a hard shove into Vonnegut, Bradbury and Atwood. By the time I started reading The Handmaid’s Tale for the first time, snarky and jaded and newly 13, I thought nothing could phase me.

Margaret Atwood’s The Handmaid’s Tale tells the story of an America that has been shaken in the wake of an unnamed, vaguely-nuclear-related plague of infertility and a staged terrorist attack on the president, and of Offred, a “handmaid” under the dictatorship that subsequently seized control of the US government. Militarized, oppressive and theocratic, Gilead society relegates women to a caste-like system of uniformed servitude - domestic (the Marthas), sexual (the Jezebels), or biological (the Handmaids).

Women deemed unfit for these roles, whether because of class, race, or refusal, are sent to “the colonies” to live out their (presumably) short hellish lives cleaning up radioactive waste (the Unwomen). Men are conscripted to serve as sexless soldiers until they earn the privilege of procreation via service to the state. Handmaids are white women of child-bearing age (because, make no mistake, Gilead is super-racist) awarded to high-ranking officials in the Republic in the hopes of breeding future generations of white Christian citizens of Gilead.

Yes, The Handmaid’s Tale is the story of men and women who find themselves trapped within a society founded on racial and sexual violence, where power is couched in religious fervor and patriotic platitudes, and enacted through the control of female bodies. It is a raw and powerful reckoning with America’s darkest undercurrents.

Obviously, as a 13-year-old, I did not understand (generously) 75 percent of The Handmaid’s Tale. But like a child who suffers the death of a loved one, I have come back to this book in each stage of my life and processed it differently each time. In high school, it was mostly about the sex and the violence and a little bit about Offred’s small and big rebellions - nolite te bastardes carborundum! As a philosophy major in college, I was fascinated by Atwood’s exploration of language and literacy as a means of control, what it means to be visible or invisible, and the complicity of the oppressed in their own oppression - you can get used to anything, with enough time.

And now? Reading The Handmaid’s Tale now, I am struck by the novel’s hopefulness. Offred, the Commander, his wife and all the rest, are painted so richly, that even their venality resonates with me. Under the shadow of the regime, they are human still. They perpetrate not only petty cruelty but petty compassion. They fight for taboo connections - a glance, a touch, a joke. And more than that, the novel ends with a “historical notes” section, a fictional symposium of scholars dissecting the found tapes of Offred the Handmaid, who lived and loved and risked her life. The world goes on. Truth - and humanity - will out.

Many people will probably read this novel because of the upcoming TV series starring Elisabeth Moss. I hope it will inspire readers with vigilance and engagement and hope, so that we can all live to write our own historical notes of the early 21st century.

Already read The Handmaid’s Tale and can’t get enough? Try these titles next:

And don’t forget to join us at the Central Library for a lively discussion of The Handmaid’s Tale on Tuesday, April 11, 2017 at 12 p.m.