Live Music in Houston this May 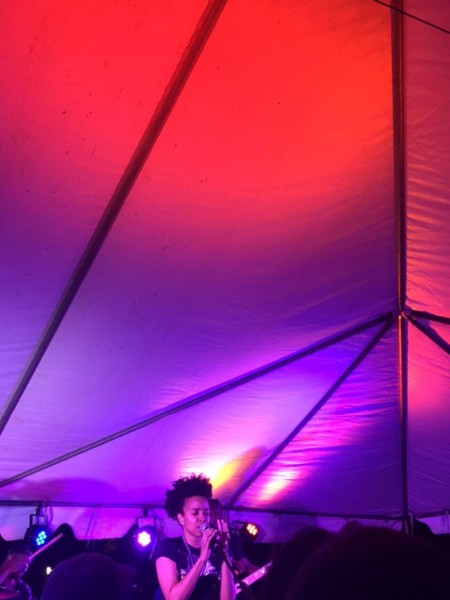 This month is packed with great concerts. Get outside at Cynthia Woods Mitchell Pavilion before it starts getting too hot, and enjoy the start of summer with some amazing artists!

May 2: Kings of Leon @ Cynthia Woods Mitchell Pavilion
Kings of Leon is a great band to play at Cynthia Woods. They will play popular songs like “Use Somebody,” but will also show off their musical talent as a rock band and jam a little, which will be nice to hear lounging on the lawn at the Pavilion.

May 4: Chris Brown and 50 Cent @ Toyota Center
These throwback artists are still releasing new music, so this concert will feature music from a variety of years.

May 6: The Weeknd @ Toyota Center
The Weeknd is the hottest artist on the charts right now, and his tour has been getting rave reviews.

May 7: John Kay and Steppenwolf @ Arena Theatre
For those interested in classic rock, this show will feature some older performers and music.

May 7: Chance the Rapper @ Cynthia Woods Mitchell Pavilion
Chance recently released an album without a label and it has really taken off. He is a personable performer and is a fan favorite at many awards shows.

May 8: The xx @ Revention Music Center
The xx recently released a new album, and are expected to be playing a lot of their new songs on their current tour.

May 11: Khalid and Travis Scott @ Revention Music Center
For my rap fans, have no fear; there is a rap concert for you this month!

May 11: Joe Ely @ Discovery Green
Joe Ely is one of my favorite artists, and he is giving a FREE concert at Discovery Green this May! There is no excuse not to go check out a Texas rock legend on a nice summer night.

May 12: Brian Wilson @ Revention Music Centre
Brian Wilson was the founder of the Beach Boys, and will likely play some of his own music as well as Beach Boys classics.

May 19: Train and O.A.R. @ Cynthia Woods Mitchell Pavilion
Train is the artist behind hits like “Hey, Soul Sister” and “Drops of Jupiter,” both of which they are sure to play on their current tour with O.A.R.

May 21: John Legend @ Cynthia Woods Mitchell Pavilion
John Legend has recently released some popular songs including “All of Me.” He is known to be a soulful live performer, which will fit well with the vibe of Cynthia Woods.

May 30: Tame Fury @ Scout Bar
Tame Fury is a rock band with members from the Houston area. They have a strong Houston fan base and have a harder rock sound.

Looking ahead: Free Press Summer Fest is June 3-4! Get your tickets now before it’s too late, and be on the lookout for my blog post regarding FPSF coverage.