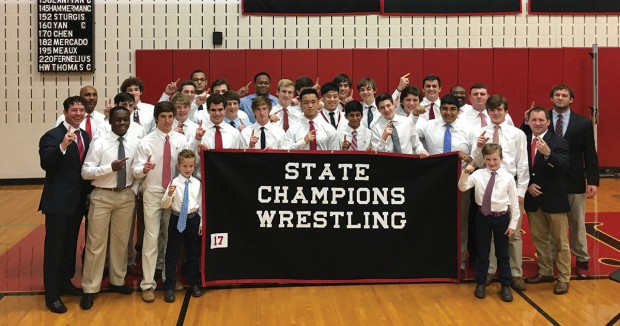 It was a historic season for the St. John’s boys wrestling team, which became the first Southwest Preparatory School from Houston to win the Texas State Prep Wrestling Championship. The Mavericks defeated 23 teams to claim the title.

“I’m so proud of the kids and what they’ve accomplished,” said Mavericks wrestling coach Alan Paul. “It’s incredibly difficult to win state with so many great wrestling programs competing. This year’s field was especially tough.”

St. John’s then capped off the season by winning its fourth SPC Championship in the last five years. “We’ve really created a sense of community throughout our entire wrestling program,” said Paul. “A lot of our success comes from the boys caring and helping each other.” 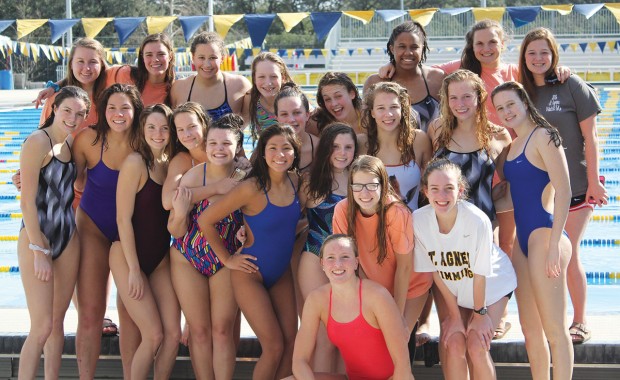 In swimming, St. Agnes Academy defended its TAPPS Division 1 State Swimming Championship, while also winning the title for the third time in the last four years. “We had a lot of swimmers back from last year’s state champs, so, we knew had a chance to do great things,” said Tigers coach Kaitlin Kelley. “Our girls simply rose to the occasion.”

St. Agnes was especially strong in the relays, with the foursome of Lilli Metts, Bridget Hibbler, Rachel Wright and Anastasia Kontrimas breaking a school record to win gold in the 4x50 medley relay. Plus, Hibbler and Kontrimas teamed with Lilli Storemski and Delaney Wolfe to break a school record while winning the 4x50 freestyle relay. “We have a really strong and deep program,” said Kelley. “The girls worked together and really went after the title.” 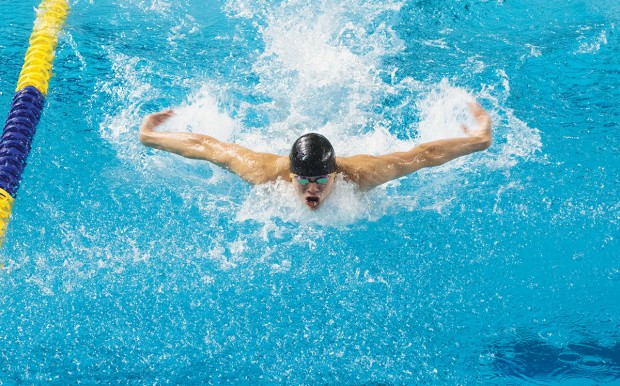 With a spectacular come-from-behind win in the 400-yard freestyle relay, the STE boys finished second overall at the state meet. James Finley, Sebastian Ortiz, Alexander Halsey and freshman Patrick Close, who made up a 10-second deficit on the final leg, pulled out the thrilling victory in the meet’s final race. Finley also won the 100 breastroke and finished fifth in the 200 individual medley. 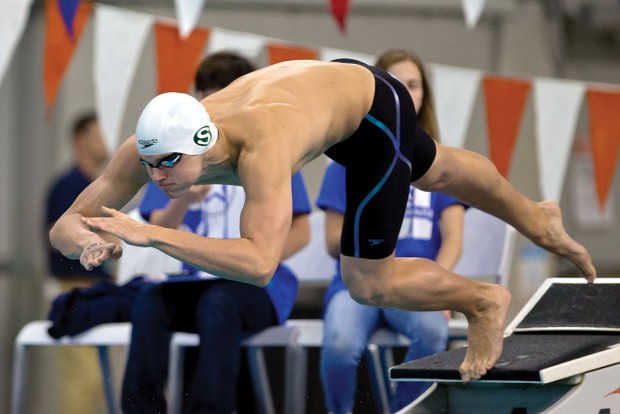 A sensational performance from junior Clayton Bobo propelled the Stratford Spartans to a seventh-place finish at the UIL 6A State Swimming and Diving Meet. Bobo, who was named the swimmer of the meet, finished first in both the 50- and 100-yard freestyle races. In the 50 freestyle, Bobo became the third swimmer ever to break the 20-second mark at the state meet, while in the 100 freestyle, he swam the second fastest time in the history of the UIL state meet.

“It was pretty amazing,” said Stratford coach Mike Hoskovec. “Clayton is actually so good that he doesn’t consistently get close competition. It’s really fun to watch him go when he has guys to push him. He’s also taken a lot of steps forward in his daily workouts to swim fast consistently.”

Bobo also teamed with Dean Rathgeb, Peyton Moak and Jim Nantz to win the consolation final in the medley relay, while Kyle Storemski, Bobo, Rathgeb and Nantz won the consolation race in the 200 freestyle relay.

The Stratford girls were led by sophomore Emma Stephenson, who finished fifth in the 50 freestyle and seventh in the 100 butterfly. Prior to state at regionals, Stephenson, Sloane Pyle, Brittany Baerg and Morgen Reyna broke a 22-year-old school record in winning the medley relay.