“Have you practiced your unicycle yet?” I used to say to my kids. When other mothers were standing over their children’s clarinet lessons, I was forcing mine outside to balance on one wheel. Both kids, Eric and Amy, dutifully learned and now they’re part of a family tradition, one that dates back 50 years.

I grew up in Edmonton, Alberta and my brothers and I started riding the K-Days parade in the early ’70s. When my eldest brother turned 60, his daughters decided the perfect gift was a reprise of the unicycle-riding Funky Family Clowns. My family and I have been living in Houston for 14 years, so we made the trip north to provide wobbly support. 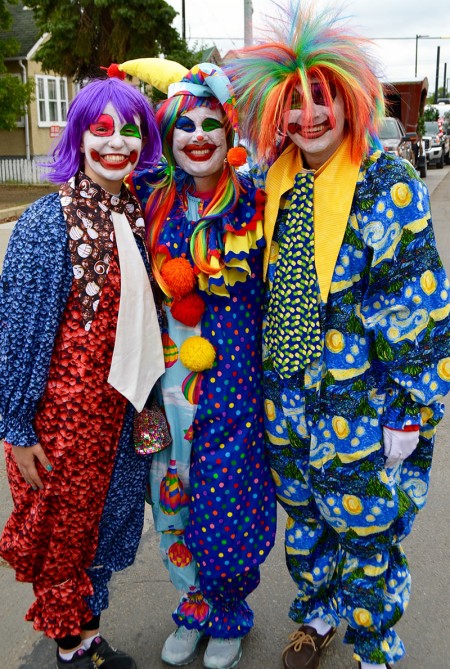 This parade is the kickoff to one of Edmonton’s biggest summer festivals, K-Days, formerly called Klondike Days, which was a celebration of the 1890s gold rush in the area, and it draws thousands of onlookers and a television audience of over 150,000. The route was only a mile, but for unicyclists, who must continue moving, it was three times that. (Some expert unicyclists can balance while staying still, but most have to always move so as not to fall over.)

This year, we were 12 clowns, ranging in age from 20 to 60 who converged not only from Houston, but from across Canada. My son, Eric, age 22, flew in from Maryland where he’s undertaking a Ph.D. in applied mathematics, and my daughter, Amy, age 20, arrived from Houston; she’s home between her third and fourth year at Pomona College in California. We rode around an airplane float “piloted” by my nephew, five-year-old Ryder Edwards, from Vancouver. We tooted horns, high-fived onlookers, waved and tried to stay upright. And we were all successful, except for just one or two sudden dismounts.

The parade was over all too soon and another successful ride settled into family history. We gathered in the middle of the road, recounted highlights, and laughed.

“The practice was worth it,” beamed Eric. 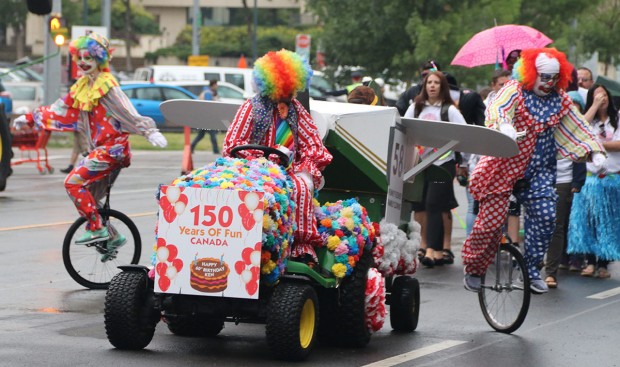 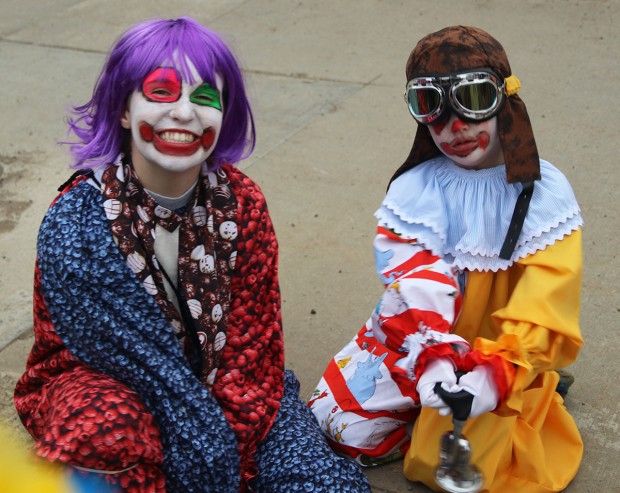 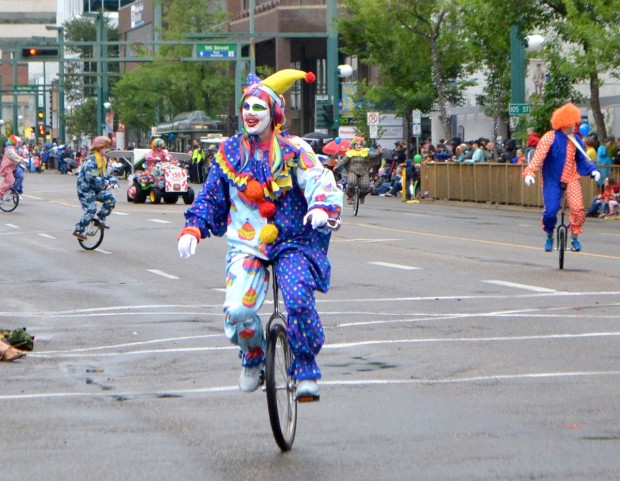 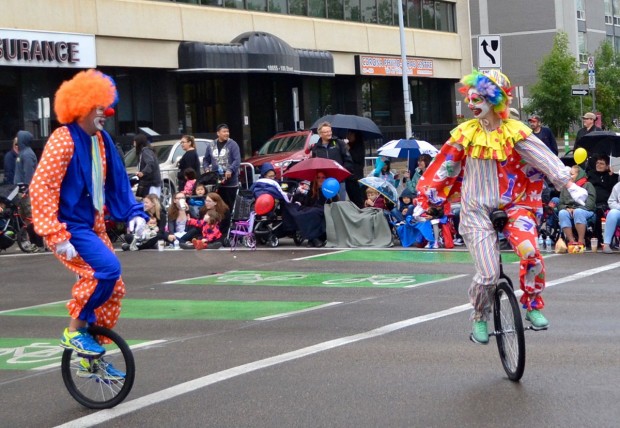 Two clowns in the middle of the parade. (From left) Brett Flesher, age 29, from Edmonton and Sarah Flesher, age 30, from Montreal. (Photo: Lauren Baril) 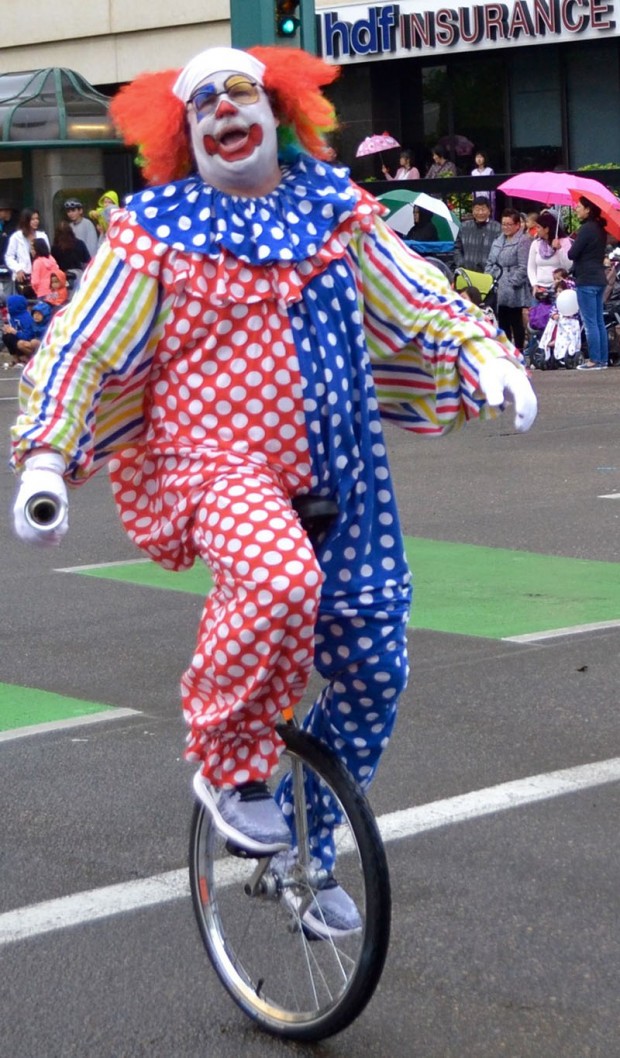