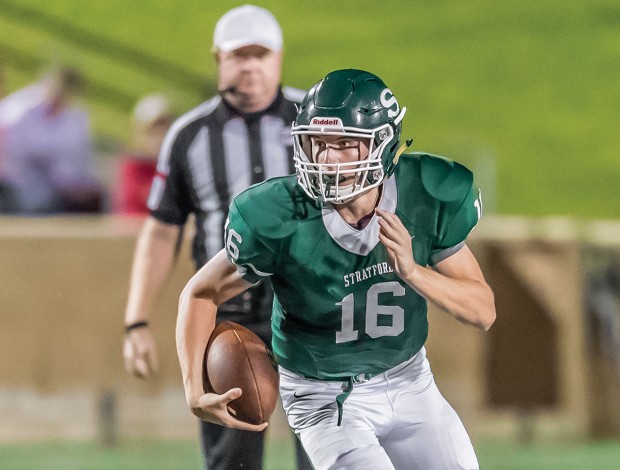 ON THE MARK The Stratford Spartans’ offensive attack is led by Mark Murdock, a senior entering his fourth season as starting quarterback. (Photo: Rudy Hardy)

With the return of a pair of talented offensive weapons, including quarterback Darion Manning and wide receiver Kealon Jackson, the Bellaire Cardinals could be a team to watch out for as football season kicks off this month.

Manning, who threw for over 2,000 yards last season, enters his third season as the Cardinals starting quarterback. “Darion had an outstanding summer,” said Cardinals head coach Herb Kunz. “He also played the best game of his career in the playoffs last year against Cy Ranch, so we’re looking for that to continue this season.”

Meanwhile, Jackson was the district sophomore of the year last season. “Kealon is a talented athlete and a terrific young man,” said Kunz. Kunz expects to get additional offensive firepower from junior Axavier Green, who missed much of last season with a knee injury. “We’re looking for Axavier to have a breakout year. We’re excited about what he’ll bring, not just as a receiver, but also on special teams and defense.”

On defense, the Cardinals will have to fill several holes with the loss of five starters. For that, Kunz expects big seasons from defensive linemen Craig Lofton and Cam Johnson, in addition to defensive backs Dontre Scott and Malik Walker. “Those guys are all returning lettermen who bring loads of leadership to our team.”

There’s no shortage of experience at quarterback for the Stratford Spartans, with senior Mark Murdock back for his fourth season as the Spartans’ starting Q.B. “We expect big things from Mark,” said Spartans head coach Eliot Allen. “For any player to start all four years at the varsity level, much less at quarterback, is pretty unique and impressive. It’s also the first time he’s 100 percent healthy going into the season.”

On the ground, the Spartans will count on two-year starting running back Chaise Ellis to carry the load.  Ellis ran for over 700 yards last season, and, at 210 pounds, gives the Spartans a big threat in the backfield. The offensive line is led by all-district senior Thomas Howell.

Defensively, the Spartans boast a trio of standout linebackers in Jonathon Ziobrowski, Ben Kuhn and Ben Miller. Kuhn is an all-district pick who already has collegiate offers from Air Force and San Diego. Miller, the district defensive newcomer of the year last season, is the third of the Miller brothers to suit up for the Spartans in the last four years. Older brothers Sam and Alex are now both playing collegiate football at Northwestern University. On the defensive line, 6’3”, 290-pounder Colin Christman-Gourley should be a force for the Spartans. 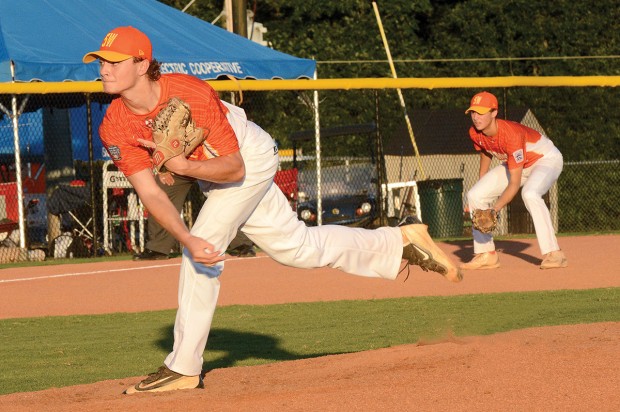 It was another magnificent summer for the West University Senior League All-Stars (15-16 year olds), who earned a berth to the Senior League World Series for the sixth time since 2009, having won World Series Championship in three of those years. “Most of these kids grew up together in West University, and we’ve been able to keep this core group together for several years,” said head coach Clint Sauls.  “That continuity has a big reason for our continued success. These kids take great pride at making a run to a World Series championship every year.”

Representing the Southwest USA, this year’s West University team came within three victories of a World Series title, ultimately being eliminated in the semifinals of the USA bracket. West University pitcher Jake Arthur was magnificent in that semifinal game against the Western USA All-Stars, throwing a no-hitter in a heartbreaking 2-1 defeat. “Jake was sensational all summer,” said Sauls. “He was definitely our pitching ace.”

Another force on the mound this summer was Jacob Doxakis, whose older brother John was a key part of the 2014 and 2015 West University World Series Champions. “Jacob has definitely followed quite nicely in his brother’s footsteps,” said Sauls. “He’s also been one of our top hitters, even us giving us the game-winning hit in our eight-inning victory over the Eastern USA All-Stars.”

At the plate, catcher Beckett Vine led the team in home runs and was rock solid defensively. “Beckett is our biggest power threat, and he’s also pretty amazing behind the plate,” said Sauls.  “Runners don’t have a chance to steal against him.”

Friday Family Movie Night: The Princess and The Frog

Rothko Chapel & the Journey of Its Restoration