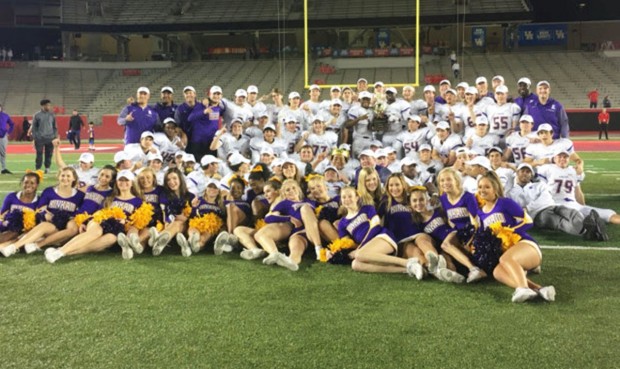 Kinkaid's fall athletics season has come to a close in winning fashion. Two Varsity teams, football and field hockey, earned 1st place SPC (Southwest Prepatory Conference) championships. All students, teachers, staff, coaches and parents were truly excited and proud of the teams for their dedication, great play and outstanding sportsmanship throughout the entire season and at SPC Championships, tournaments of each Varsity level sport.

Coached by Nathan Larned, Varsity football played the Episcopal Knights right here in Houston at UH's TDECU Stadium for the title of SPC champs. The Kinkaid community was there in full force to cheer on the Falcons who came out victorious after enduring a hard-fought, close game that resulted in a 38-21 victory. The entire team did an awesome job; however, a group of standout players were chosen to receive All-SPC Honors. These players included Adam Harter, Ameer Mustafa, Kamal Nader, Hayden Rome, Johnathon Thomas and Josh Williams. 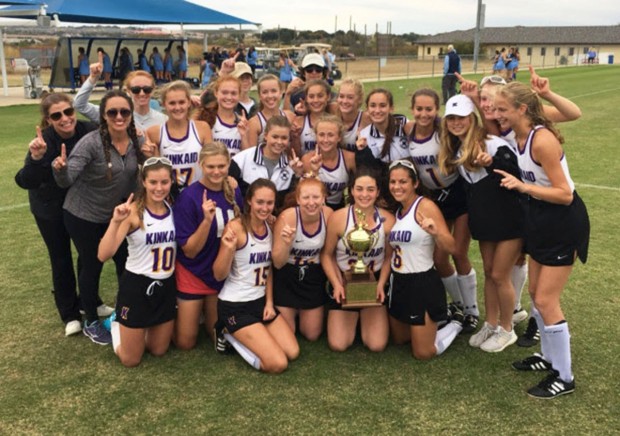 Kinkaid Varsity field hockey, coached by Jackie Ciconte, was victorious over the Trinity Valley Trojans. Playing on their opponent's home field in Ft. Worth, the falcon girls endured two overtime periods of play to win 3 to 1 on penalty strokes in the championship game. The whole team had a super tournament playing together; however, a handful of excellent players were recognized as All-SPC picks. These girls included Ellie Bolin, Farise Cravens, Caroline Hanan, Belle Martire and Annabel Skubisz.

Now that fall athletics season has ended, all Falcons are looking forward to a season of winning winter sports.