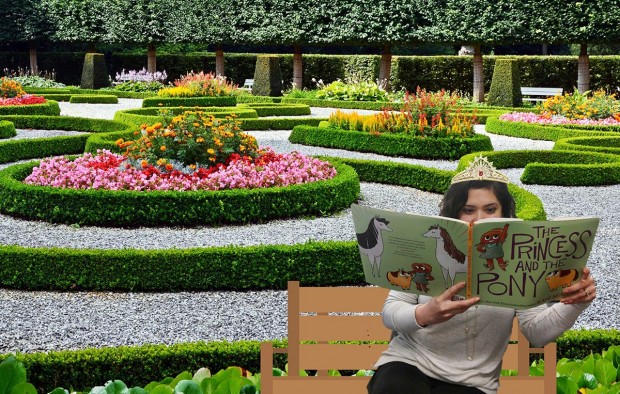 The British spare is getting married and this is kicking up a lot of royal fever in trending topics. With the date for Prince Harry and Meghan Markle’s nuptials set and the public swooning over another royal wedding, now is the perfect time pull out some royal romance favorites!

The Royal We is a witty, drama-filled commoner-turned-princess fairy tale by authors Heather Cocks and Jessica Morgan. With the inspiration for the story ripped from the relationship of Prince William and Catherine Middleton, this book shamelessly borrows elements from their lives right down to a red-headed younger prince and a close-knit sister to the heroine. The story revolves around Bex, an American studying at Oxford who meets Nick, heir to the throne, a fact which is unbeknownst to her during their initial encounter. Love ensues, problems due to class and spotlight scrutiny arise, and hard decisions have to be made in order to end up together. The formula is step-be-step but with the injection of clever writing, page-turning drama, and intoxicating banter between Bex and Nick, it feels fresh and reads better than the real thing. This novel was optioned for a movie last year so it may not be long before the story transitions to screen.

If you’re looking for a twist on the classic royal love story, then you’ll want to check out Royal Marriage Market by Heather Lyons. Every decade, the world’s monarchs and heirs meet to discuss political and social issues at a royal summit. However, the attendees know it’s all a cover to conduct the royal marriage market where marriage deals between kingdoms are made. Elsa, the Hereditary Princess of Vattenguldia, and Christian, the Hereditary Grand Duke of Aiboland, have every intention of evading a binding engagement. Their differing stations means no marriage deal is possible for them so even though they annoy each other, they revel in the freedom of being around each other without matchmakers calculating their interactions. They strike a bargain to help one another field off potential suitors through the duration of the summit but they never accounted for the possibility of falling for one another – and the complications that follow.

For a fun young adult read, Emily Albright’s The Heir and the Spare gives a good mix of self-discovery, family history, and young love. Inspired to learn more about her mother after she passes, Evie Gray starts a journey that takes her to Oxford where she stumbles into the path of the second Prince of England, Edmund Stuart. Together, they unravel the mysteries of her mother’s previous life all the while growing more attracted to one another. However, as Evie uncovers more answers, she gets more than she bargained for as she discovers things about the man assisting her – the very Prince she’s now falling for.