Live Music in Houston This February 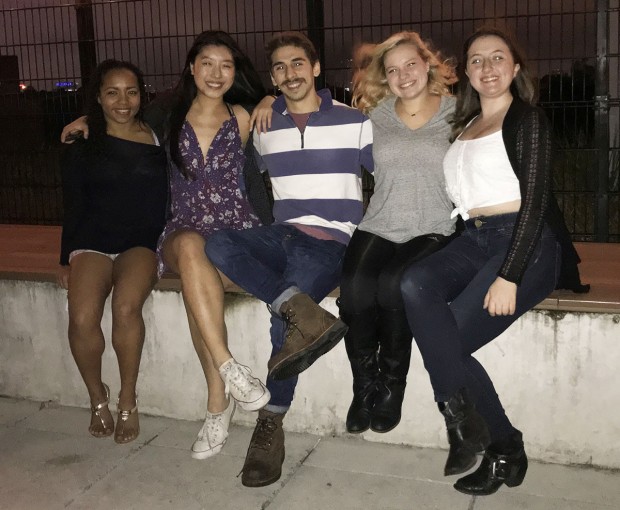 February is a great month to see a show. Whether you’re celebrating before Lent or going out for Valentine’s Day, going to a concert is always a fun option for getting out of the house. At the end of the month, the Houston Rodeo & Livestock Show begins in Houston! Get ready for a fun, musical spring in Houston.

Some country music for all my country fans! He often sings about Texas, as his band started in Lubbock!

Walk the Moon brought you “Shut Up and Dance,” which was the song of the summer a few summers ago. Many WTM fans are diehards, so this show will be high energy.

Dua Lipa’s current famous hit is “New Rules,” and she is a fun, exciting new performer who I predict will be in the spotlight for a while.

Borns is an indie/alternative singer-songwriter known for songs “Electric Love” and “American Money.”

Sleigh Bells is known as a “noise pop duo,” which might not sound appealing at first, but hear me out! Sleigh Bells performs at many festivals and is known for their changing sound, which has been described as anything from industrial rock to dance-punk.

Borgore is one of the original and most famous dubstep producers, and is quite often in Houston performing.

Escovedo is a Mexican-American rock artist who is a favorite among other older classic rock artists. He has been touring since the ‘90s.

If you’re interested in dreamy pop music, Lana is your best bet. Beyond all the pop additions though, she has a pretty good voice!

Baby Bash brought you the middle school (if you’re my age) hit “Cyclone.”

Grace Vanderwaal is the young singer who won America’s Got Talent, and has been performing all over the country ever since, including last year’s ACL Fest.

G-Eazy is a rapper who is currently dating popstar Halsey, whom he often brings out on stage. Maybe you’ll see her there? Either way, you’ll get to hear popular songs “Me, Myself & I” and “No Limit.”

Eric Johnson is known as one of the best guitarists on the planet. Having seen him live, I can confirm that! This time around, he’s brought a backup band.

The Rodeo kicks off with longtime country star Garth Brooks, in an exciting (sold-out) start to this year’s Houston Livestock Show and Rodeo! See the full lineup here.

The second Rodeo show and the last Rodeo show in February leaves March with a lot to look up to! Little Big Town has a fun country sound but also incorporates pop elements that even non-country fans can get behind.