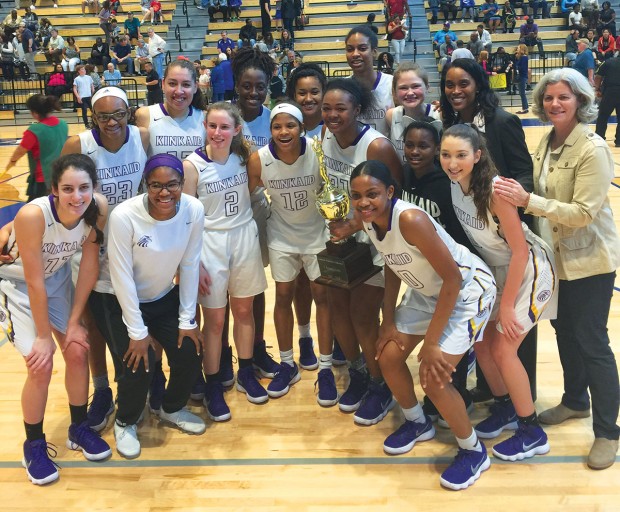 FANTASTIC FALCONS With a 27-3 overall record, capped off by an SPC Championship, The Kinkaid School Falcons finished the year as the state’s No. 2-ranked girls basketball team among all large private schools.

After going undefeated in its first 10 district games, the Bellaire Cardinals softball team looked to be on its way to securing a seventh consecutive district championship. The championship would also mark the Cardinals’ 19th district title in its 21 seasons under head coach Brian Tuffley.

Beyond district, the Cardinals put forth impressive showings at the highly regarded Bryan softball tournament as well as a marquee tournament in Alabama. In the Alabama tournament, the Cardinals won five of six games in a field that included some of the top softball programs from Tennessee, Alabama, Mississippi and Texas.

On the mound for virtually all of the Cardinals’ wins this season has been senior standout Jolie Duong, who amazingly had struck out 181 batters in her first 102 innings of work. If that weren’t enough, Duong, who’ll play college softball at West Point, leads the team in hitting with a .500 batting average. The second leading hitter for the Cardinals is UT-Tyler commit Hanna Fradkin, who owned a .446 average with 15 stolen bases, while freshman catcher Braidee Glenn was third in hitting with a .353 batting average.

The Kinkaid Falcons captured the SPC Girls Basketball Championship in dominant fashion with runaway victories over St. John’s School, Fort Worth Country Day and Trinity Valley in the SPC Championship Tournament. For the season, Kinkaid boasted a 27-3 record, as the Falcons finished ranked second in the state among all large private schools.

“We had a tremendous season from start to finish,” said Falcons head coach Stacey Marshall. “The girls worked well together, competed hard, and just played with one common goal.” Marshall had high praise for several of her players, including point guard Jasmine Smith, who’ll play college basketball at Rice University. “Jasmine is one of the top guards in Houston. She’s a selfless player who just does everything you ask of her on the floor.” 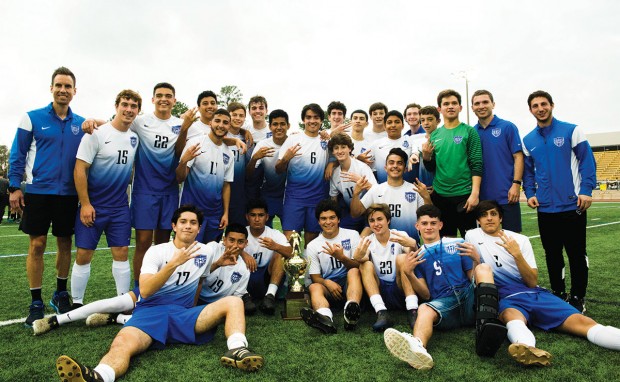 In soccer, the Episcopal Knights finished the season with an undefeated 13-0-1 record, capped off by the team’s third straight SPC Boys Soccer Championship. “We’ve had the same nucleus of this team for the better part of three years, and it really showed on the field this season,” said Knights head coach Travis Smith.

Offensively, junior Juan Rodriguez led the Knights in scoring with 13 goals on the season. “This entire team remained hungry and driven,” said Smith. “The coaches didn’t have to push it out of them.  They were on a mission.” 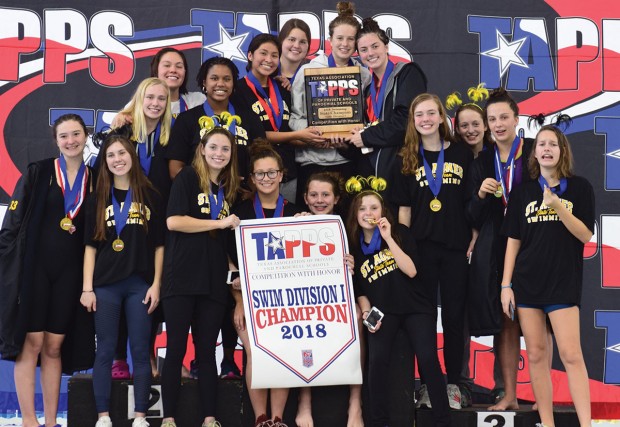 Chalk up a third straight TAPPS Division 1 State Swimming Championship for St. Agnes Academy. The Tigers put forth a magnificent showing at the state meet to win the title by an impressive 26-point margin over second-place Dallas Ursuline Academy. “The girls did incredibly well and truly rose to the occasion,” said Tigers swim coach Kaitlin Kelley. “We have a super deep team and scored points all over the place.”

Senior captain Bridget Hibbler led the way with second and fourth place finishes, respectively, in the 100-yard breastroke and the 50-yard freestyle. In addition, senior Lillian Metts, junior Rachel Wright and Fernanda Machicao scored points in multiple individual events. They all added to the point total in the relay events, as did Hannah Lord, Pearson Kurka, Emelia Buckalew and Anabelle Conde. 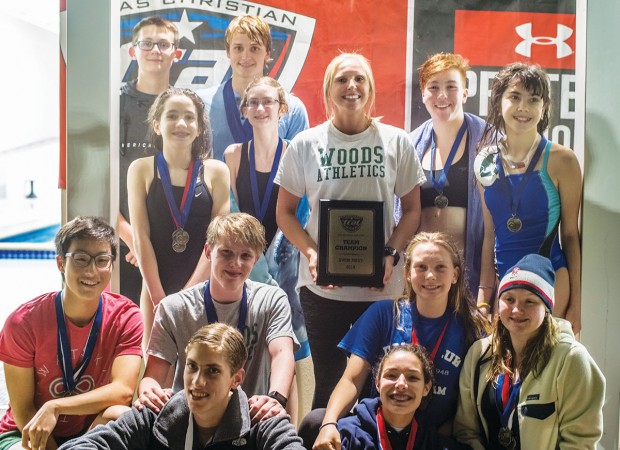 STATE CHAMPIONS Led by a first-place effort from both its boys and girls teams, the School of the Woods won its second straight Texas Christian Athletic League State Swimming Championship.