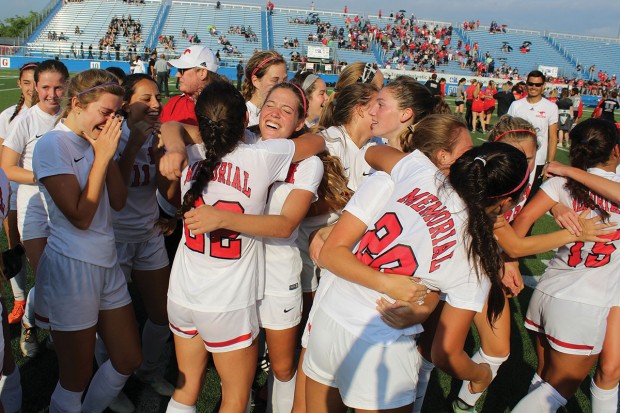 MAKING HISTORY The Memorial Mustangs celebrated the first state soccer championship in school history with a  3-0 victory over Lewisville Marcus in the UIL 6A state soccer final. The victory capped off an undefeated 28-0-1 season for the Mustangs. (Photo: Chiori Aizu)

The Memorial Mustangs girls soccer team capped off the greatest season ever by a Spring Branch ISD soccer team by defeating Lewisville Marcus 3-0 to win the UIL 6A State Soccer Championship.

With a remarkable, undefeated, 28-0-1 record, the Mustangs finished the season ranked third in the nation by USA Today. If all that weren’t enough, the Mustangs made history as the first girls team in school history to win a state championship.

In the state final, Mustangs junior Grace Collins, a TCU commit, scored a pair of goals while senior captain Grace Yochum scored another goal in the shutout victory. “This is so special to us,” said Collins.  “When we lost in the second round of the playoffs last year we made it our goal to come back and win the state championship this season. Setting that goal and then achieving it makes this even more rewarding.”

For Yochum, who’ll play soccer at Oklahoma State, the state championship was just as special. “It means the world,” said Yochum. “We’ve been trying to do this ever since we got here four years ago. Not only did we win the championship, but we also put a stamp on it in the state final. We knew we were going to have to give it our all, and that’s exactly what we did. We came into the season thinking state, state, state, and sure enough, we left this program with a state championship.”

“It’s really the best feeling, especially for us seniors to leave the school with a legacy of going out on top,” added senior goalkeeper and Rice University signee Bella Killgore. “Our state final win was very decisive. We were the best team in the state tournament.” 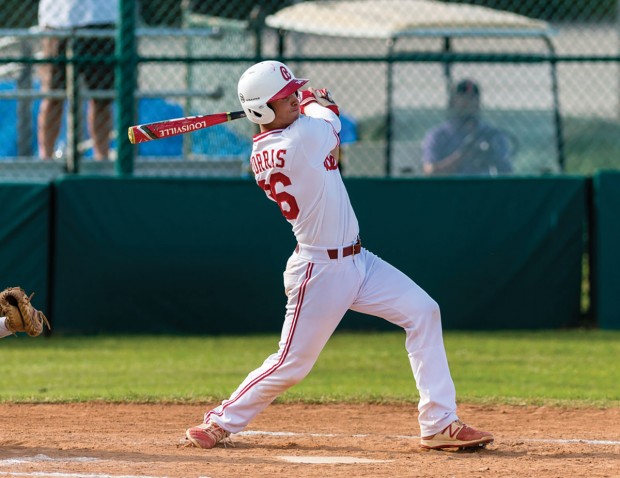 In baseball, the Bellaire Cardinals enjoyed an outstanding season by going 23-7-1 overall, while also winning the District 18-6A Championship. In district, the Cardinals won 15 of their 16 games. “These guys are a very resilient group,” said Cardinals head coach Nick Ozuna. “We pride ourselves on fundamental defense, quality at bats and solid at bats. This team played fearlessly all season. They were a joy to coach.”

Senior Julian Garrido led the team in hitting with a lofty .450 batting average and was the team’s closer out of the bullpen. Other key players included sophomore Sebastian Trinidad, who scored 41 runs on the season. Meanwhile, junior catcher Jordan Morris led the team with 33 RBIs. On the mound, sophomore pitcher Kyle Buzbee posted an impressive 6-1 record while junior pitcher Isaac Villafan was 3-0.  “We’re a young team, so I expect good things ahead,” added Ozuna. 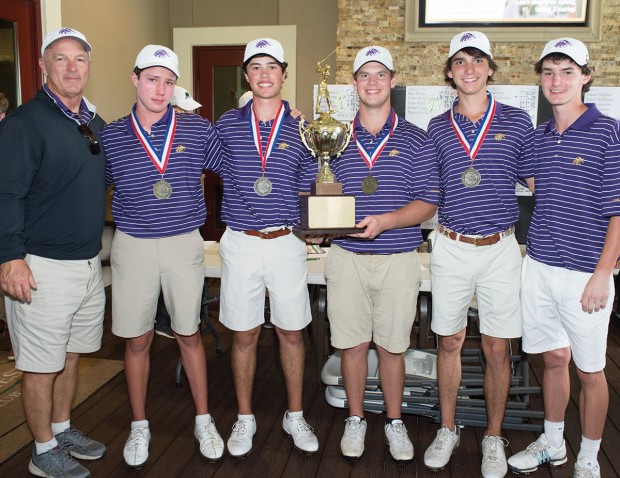 Led by a spectacular two-round score of 9-under par from senior Cole Hammer, the Kinkaid Falcons captured their third consecutive SPC Boys Golf Championship. For his part, Hammer, a Texas Longhorns signee, shot a 68 on the first day of the tournament, followed by a magnificent 67 on day two. “Cole’s amazing every time he gets on the course,” said Falcons golf coach Bobby Eggleston. “He’s a vibrant personality and a great leader for our team.”

Falcons senior Johnny Butler had the Falcons’ second lowest score at 3-over for the state tournament, while UT commit Mason Nome, junior Will Jacobe and sophomore Bain Williams all had solid rounds, as the Falcons posted a dominating 23-stroke victory over second-place John Cooper.

The victory also marked the seventh SPC golf title in the last nine seasons for the Falcons. “We’ve been very fortunate to have the kids who’ve put in the time and effort in the sport of golf,” said Eggleston. “It’s a six- or seven-day commitment for most of these guys, and we’ve had a real nice run over the last several years.” 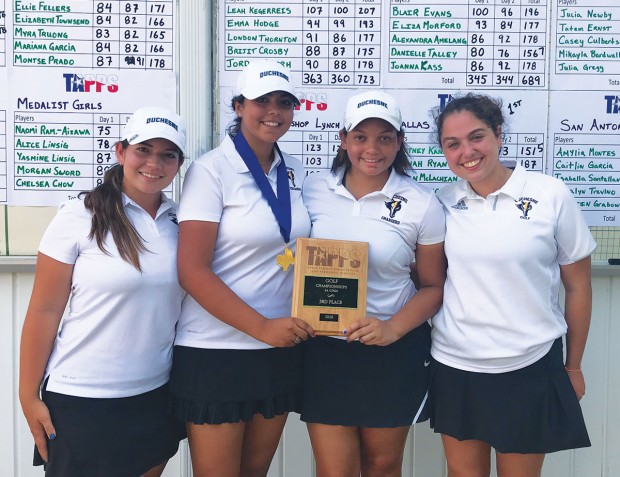 In girls golf, Duchesne Academy captured third place in the TAPPS 6A State Golf Tournament, capping off a tremendous season in which the Chargers won both its district title and then the TAPPS 6A Regional Championship.

At the state tournament, the Chargers were led by Danielle Talley, who finished seventh individually out of 53 competitors. Talley also earned all-state honors. Sophomores Blair Evans, Sasha Amelang and Eliza Morford, as well as junior JoAnna Kass, were also major contributors for the Chargers.

“I’ve never been more proud of a group of girls,” said Duchesne Academy golf coach Scott Talley. “They put in the work and sacrifice to achieve great things this year. Every single girl came through for us.”