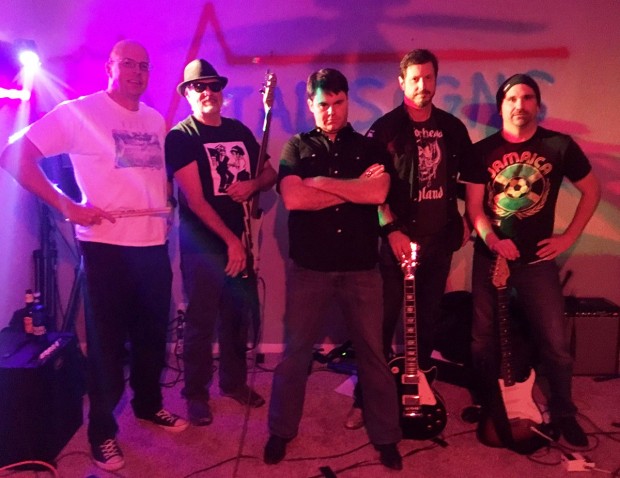 The walls pulse to the heavy beat of music blaring from the speakers. The crowd bounces wildly around the dance floor, disco ball lights spin dizzily across the room. The audience holds up cell phones, videoing the scene. The guitarists strum and drummer pounds furiously for the big finale. Crazed elementary-aged groupies rush the stage chanting, “Dad! Dad! Dad!”

It’s just another night in the life of local rock and roll band Vital Signs.

Vital Signs’ lead guitarist and rock and roll star Ken Schmitt recently took time from the band’s busy tour schedule (and his weekday job as Managing Partner at Techstone Technology) to visit with us. 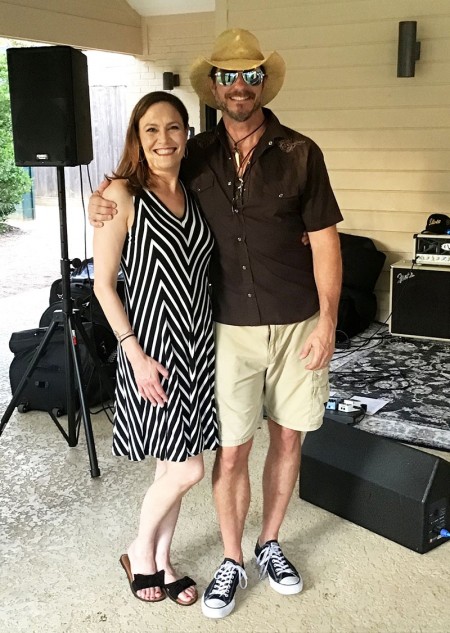 Ken Schmitt and his favorite "groupie," his wife, Randa. Randa helped the band form by introducing friends’ husbands. Other groupies include their daughters Lily and Scarlet.

Karen: So, how and when did the band start?

Ken: Vital Signs started thanks to our wives. My wife, Randa, is friends with Michelle Cook. Michelle’s kids, Haley and Noah, go to West U Elementary with our youngest daughter, Scarlett. Randa and Michelle planned a double date to introduce the husbands. Tim and I hit it off immediately with our passion for rock music and favorite bands.

We talked so much over dinner that our wives called it a “bromance.” During our conversation I realized that Tim actually played drums. I had been playing guitar in the Contemporary Worship band at West U Methodist and wanted to jam with him. So the initial incarnation was just Tim and myself back in 2015

Karen: Where did the name Vital Signs come from?

Ken: The group’s name Vital Signs came from one of Tim’s and my favorite bands, Rush. The funny thing is that the band has never played any Rush songs. We thought since we were middle-aged it was appropriate and had some double meanings that apply. 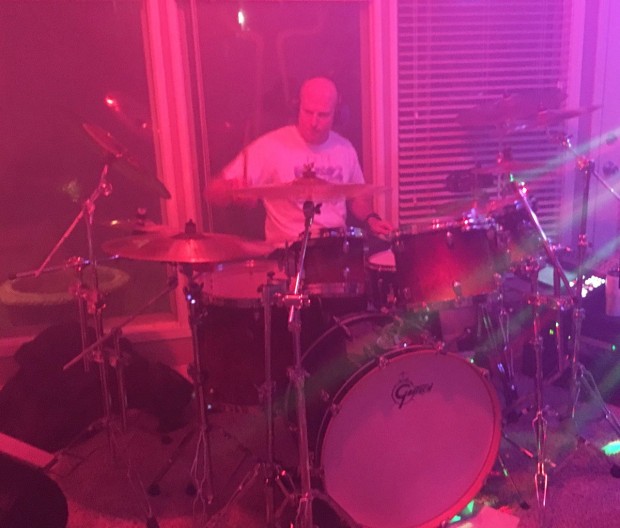 Tim Cook rocking out on the drums.

Karen: How did the group expand?

Ken: Soon after Tim and I connected, we added Chris Miller. Chris’s wife, Amy, and Randa, are also close friends and their daughter, Kate, is another West U Elementary student and friend of our daughter. Chris was our first singer and also played guitar. Unfortunately, Chris and his family moved to Atlanta last year, but thanks to a cute rodent (more on the rodent later) we recruited another West U family man, Austin Crossley, as our lead singer.

Austin had previously been in a band with Phil Goza, who we have since added on guitar. Finally Rick Malahy, a friend of mine from all the way back in high school, has been our bass player.

Karen: What kinds of music does the band play? Where do you play? 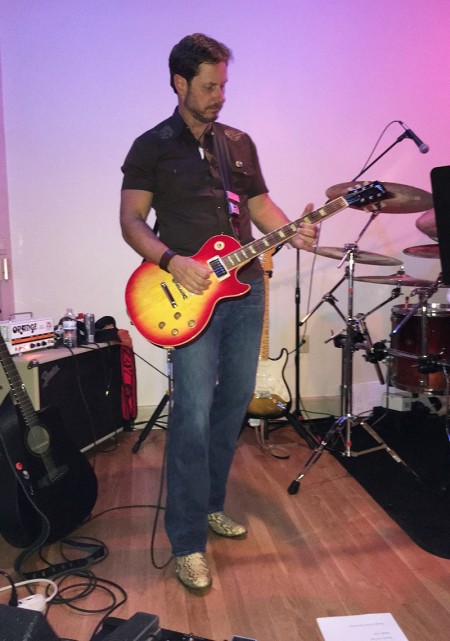 Ken Schmitt rocking out on the guitar.

Ken: Vital Signs enjoys playing everything including a variety of music from Tom Petty, Green Day, Led Zeppelin, Radiohead, Elvis, Queen, Guns N’ Roses, Pink Floyd and Weezer. We find the more guitar-oriented stuff the most enjoyable to play. I would describe the band’s style as fun, high-energy. We love what we do. One of our favorite places to play is the West U Community Center. It's got a large stage and it's convenient for fans to attend. Lots of room for folks to dance.

Karen: Okay, spill it. Tell us the rodent story.

Ken: One of my favorite stories about the band happened last year after Chris had moved and the band needed a new singer. At that time our family was also looking to find a family to adopt two of our guinea pigs since we had four. The Crossley family came to our home and fell in love with our guinea pigs. During that visit, Austin got a tour of my man cave filled with guitars and rock n roll memorabilia. One thing led to another and we recruited Austin for the band and his family went home with two squeaky new family members, Eevee and Pikachu. (Special note: The cute adoptees waved good-bye to their clawed cousins, Ms Pickles and Snowey, and were totally fine breaking up their band. They’d been fighting too much lately and this way there would be more carrots to go around.)

Karen: Love it. It was meant to be. What are other favorite band stories?

Ken: Another personal favorite memory was when my oldest daughter, Lily, came on stage during “Rockin' the Free World” by Neil Young at one of our gigs. I was about to go into my showcase solo and she came up and wrapped her arms around me. I had to adjust a little bit to play the solo correctly with her on me and it was very special. Both my daughters love music and that I play in a band. 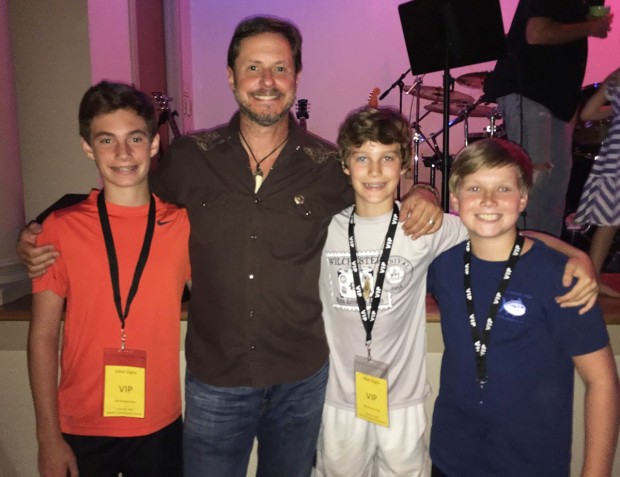 Nephews Coke Daniels (on left), Blake Daniels (second from right) and friend Mason Mitchell came to see their uncle Ken Schmitt (second from left) rock out. Their mom, Mandy Daniels made some VIP back stage passes for the boys.

Karen: I’m assuming family and friends are the “groupies” for the band?

Ken: Seeing family and friends smiling and dancing is what it's all about. My wife, Randa, is very supportive as are the other wives. Randa even passes out disposable earplugs at concerts to help protect friends’ eardrums. We call Tim's wife “Saint Michelle” thanks to her support and because we practice loudly at their house all the time.

Karen: What does Vital Signs mean to you?

Ken: Playing in a band has been a dream come true. I've loved music my entire life since I got my first KISS album when I was nine. To play with friends for other friends and family is a blessing. It's my escape and stress reliever.

Rock out with Vital Signs:

Vital Signs is currently comprised of: Ken Schmitt (lead and rhythm guitar), Tim Cook (drums), Rick Malahy (bass guitar and vocals), Austin Crossley (lead vocals) and Phil Goza (lead and rhythm guitar, vocals). Vital Signs’ next public gig is at Brooklyn Athletic Club, July 29, 7 p.m. If you are lucky enough to have a star sighting of one of the Vital Signs band members around the neighborhood, Ken said you are welcome to ask for autographs. Rock on, Buzz readers, rock on. 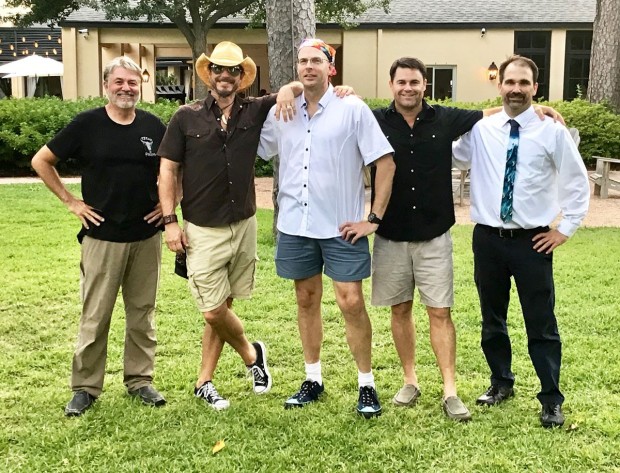 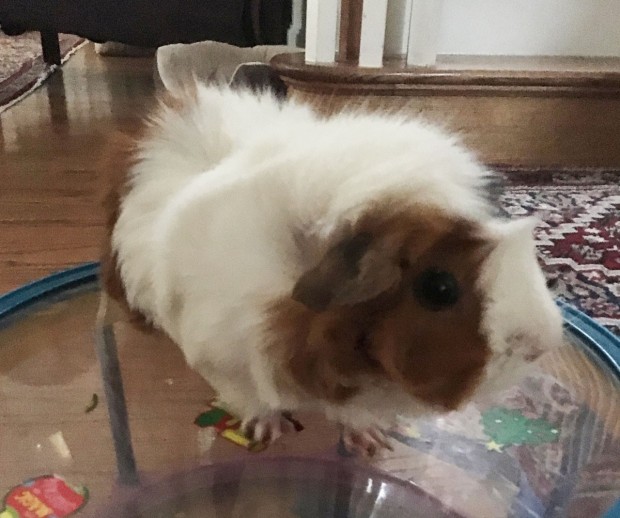 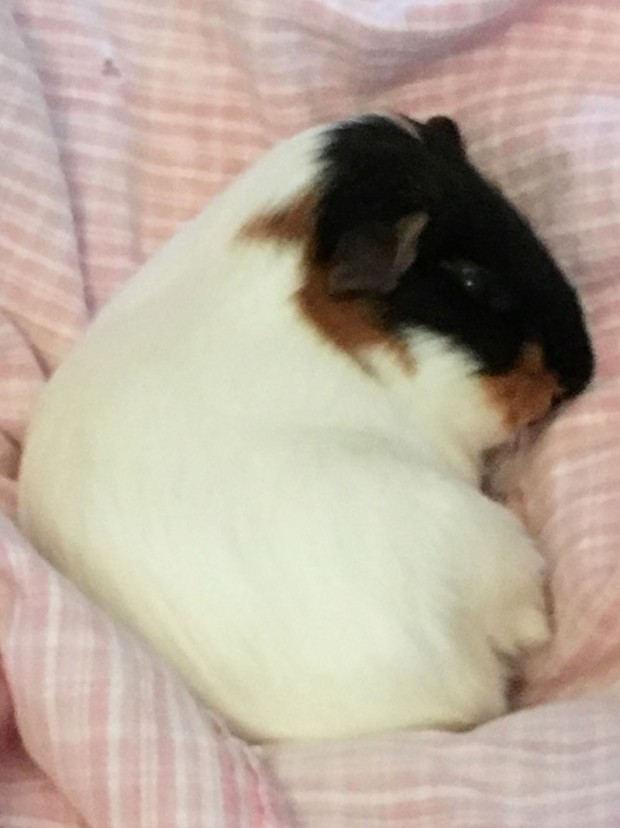